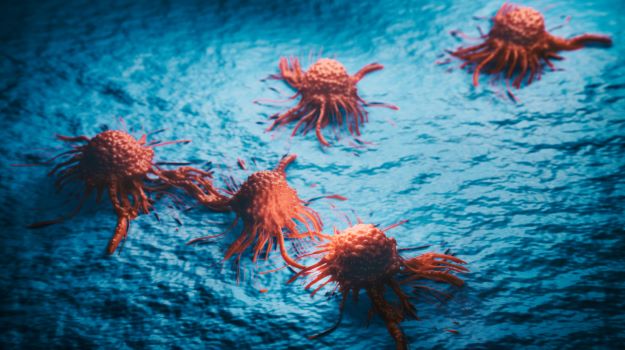 In a flurry of weekend activity, oncology companies showcased the latest clinical and preclinical data for cancer therapies during the virtual American Association for Cancer Research meeting. BioSpace provides an overview of some of the presentations.

BMS is exploring the use of its immunotherapy treatments at earlier stages of cancer in the neoadjuvant, adjuvant and peri-operative settings, as well as with chemoradiation. The strategy provides an earlier opportunity to target cancer cells that may have spread throughout the body without detection, BMS said. Also, the company said the presence of a tumor during immunotherapy treatment may empower a stronger immune response, which could make the treatment more effective.

The combination of Opdivo and chemotherapy also hit several secondary endpoints, including major pathological response (MPR). BMS said four times as many study patients treated with Opdivo achieved MPR, 36.9% compared to 8.9%. According to the company, this means that only up to 10% of a patient’s tumor cells remained after neoadjuvant therapy.

The CheckMate-816 study is the first randomized Phase III trial that showed significant improvement in pathological response with a neoadjuvant immunotherapy combination in patients with resectable NSCLC, BMS said.

Results from Bayer’s Phase III CHRONOS-3 study assessing the intravenous combination of Aliqopa (copanlisib) and rituximab in patients diagnosed with relapsed indolent non-Hodgkin’s Lymphoma (iNHL) showed a significant improvement in progression-free survival (PFS). At a median follow-up of 19.2 months, patients treated with this combination had a median PFS of 21.5 months compared to 13.8 months in patients treated with rituximab and placebo.

The overall response rate at its highest was 80.8% for the combination of Aliqopa and rituximab. The placebo ORR was 47.7%. Of those, complete response rates were 33.9% and 14.6% of patients, respectively.

Aliqopa was approved in 2017 for the treatment of adult patients with relapsed follicular lymphoma (FL) who have received at least two prior systemic therapies.

According to Bayer, of the relapsed iNHL patients included in the trial, 60% had FL, 20.7% marginal zone lymphoma (MZL), 10.9% small lymphocytic lymphoma (SLL), and 8.3% lymphoplasmacytoid lymphoma/Waldenström macroglobulinemia (LPL/WM). Analysis of the subtypes will be presented at AACR and published in The Lancet Oncology.

According to Kymera, IRAKIMiDs are novel heterobifunctional degraders designed to degrade both IRAK4 and IMiD substrates, including Ikaros and Aiolos, with a single small molecule.

KT-413 will initially be assessed for the treatment of relapsed/refractory MYD88-mutant DLBCL. Kymera said there is potential to expand the studies into other MYD88-mutant indications and IL-1R/NFkB-driven malignancies. Kymera is aiming to move KT-413 into the clinic in the second half of 2021.

California-based Guardant Health and its partner Amgen presented data highlighting the efficacy of a blood test that can be used to advance precision oncology. Findings presented at AACR demonstrate that Guardant’s liquid biopsy tests Guardant360, Guardant360 CDx, and GuardantOMNI, were able to “detect clinically actionable mutations, inform treatment for patients as their cancer progresses, and reveal tumor evolution and resistance in response to interventional therapies, including immunotherapies.”

France-based ImCheck presented data from an ongoing Phase I/IIa study assessing its anti-Butyrophilin 3A (BTN3A) monoclonal antibody ICT01 in patients with relapsed/refractory solid and hematologic cancers with no remaining standard of care. The ongoing results show promise. The company said the study shows ICT01 activates γ9δ2 T cells, a subset of tumor infiltrating lymphocytes that have potent cytotoxic effects on solid and hematologic cancer cells, and can trigger other immune cells against cancer. This data indicates that ICT01 induces a broad anti-tumor response within the tumor microenvironment.

ImCheck’s ICT01 is a first-in-class humanized, anti-Butyrophilin 3A monoclonal antibody that selectively activates γ9δ2 T cells responsible for immunosurveillance for malignancy and infection.

The company said to its knowledge, the data presented from the EVICTION study is the first demonstration of an activating antibody safely and dose-dependently engaging γ9δ2 T cells that also coordinate an anti-tumor immune response from the innate and adaptive immune systems.