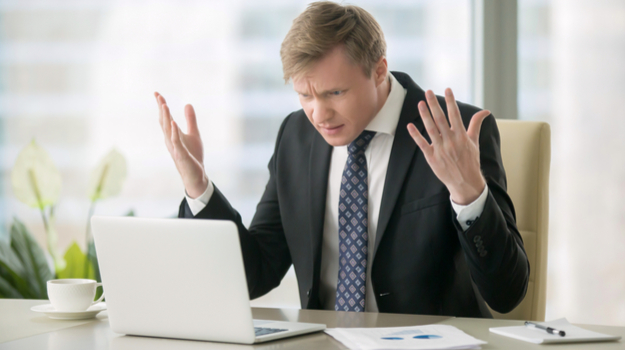 Unlike face-to-face conversations or even phone calls where you can easily pick up on things like the other person’s tone, intent, and nuance, email communication is often more ambiguous… and problematic. Because email is typically devoid of things like conversational tone or body language, you often have to read in between the lines to decipher the mood or true intent of behind the sender’s message or request. And, when it comes to communicating with your colleagues via email, this ambiguity can sometimes lead to awkward or tense moments that can actually end up doing some real damage to your workplace relationships.

Outright or overt aggression in an email is easy to spot, but more subtle passive-aggressive phrases can sneak into your emails almost without thought. These kinds of microaggressions can, over time, exasperate your coworkers and slowly chip away at the goodwill and mutual trust you have established.

In order to avoid coming across as passive-aggressive in your workplace emails, try to avoid regular use of the following phrases:

If you’re trying to subtly call someone out for making a mistake when they should have known better, this is your go-to phrase. But, in order to keep your colleague from going on the defense before they’ve even finished reading the sentence, just scrap this phrase altogether and get to the actual point.

You may as well be asking “why haven’t you responded to my last email?” with this “gentle” nudge. If you truly think your colleague may have missed a previous email, avoid this passive-aggressive phrase where you’re silently chastising them for ignoring your previous email and simply ask about the specific issue you need their feedback on (even if this means repeating yourself in the follow-up email).

In many cases, if your coworker had an update on something you are collaborating on, especially if you’re inquiring on the status before the deadline (which can be doubly annoying), they would let you know. So this kind of checking in could be seen as impatient or even unnecessary. Before you send, think: what am I trying to accomplish with this email? Could a friendly phone call be more effective? Am I jumping the gun here?

Imagine your mother standing over you saying “If I’ve told you once, I’ve told you a thousand times…” You know anything that follows this phrase isn’t going to be good, and you’ve probably done something you shouldn’t have. So too for this common workplace phrase that conveys your frustration with a coworker who keeps getting it wrong. There’s just enough “attitude” in this phrase to put someone on the defensive.

This is a sneaky and “polite” way to call your coworker out for not looking at or responding to a particular document or file you’ve sent over as quickly as you would have liked. Rather than openly and honestly saying what you need from them and when – setting a clear deadline for a response – this is a passive-aggressive method of directing them to “open the document asap and get back to me.”

In general, this is an unnecessary (and troublesome) phrase for most circumstances because, for starters, it suggests that there are times when you are not honest. Also, this particular phrase is usually followed by some sort of negative feedback or disclosure. While most people obviously don’t mean this phrase literally (it’s more of a signal that they’re about to be more candid or open than normal), if you have to make an overt declaration of your intent to be honest, that is often a red flag of your own ability to lie or manipulate.

Can you imagine this sentence ending any other way than with something negative? “With all due respect, your talk at yesterday’s conference was one of the best I’ve ever heard” just doesn’t seem to work, does it? You may have a justifiable reason to give someone your honest constructive feedback, but do all you can to launching into your criticisms with this highly passive-aggressive phrase.