6 Sticky Interview Situations and How to Handle Them 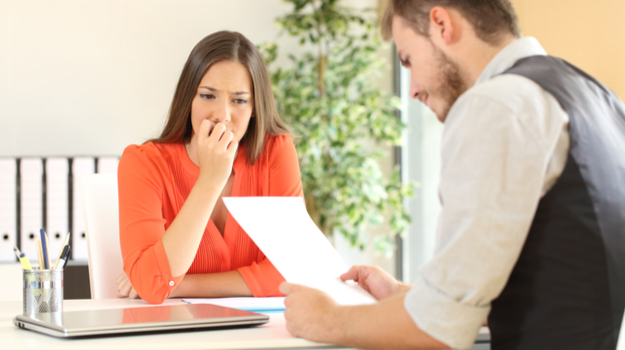 The unfocused, unprepared interviewer probably hasn’t read your resume and maybe can’t even find a copy. This hapless soul doesn’t even know what to ask you. Be sure to offer this disorganized interviewer a copy of your resume while asking, “May I take you through some highlights of my career?”

While the bigmouth interviewer is holding forth, make as many mental notes as you can (or jot them down if you’ve brought a small notepad). Don’t show your exasperation; instead, be an attentive listener and hang on the interviewer’s every word. Try to get a word in edgewise by leaning forward and opening your mouth slightly. If that doesn’t work, even a nonstop talker will likely eventually ask if you have any questions. At that point, you can ask questions or describe your fit with the company and the position based on the mental notes you’ve been making.

Don’t let an off-the-wall question rattle you. Take a moment to gather your thoughts and respond the best way you can. There is rarely a wrong answer to this type of question, but quick-thinking candidates can turn the response into an opportunity to impress the employer. A response given by one of my former students has always stuck in my head as being a standout answer. The question was: “If you were a superhero, what would be your superpowers, and why?” His response: “I think I would prefer to be a superhero like Batman, who doesn’t have superpowers per se, but who relies on his intelligence and use of the right tools to get the job done.”

Avoid responses such as starting your own business or running for Congress, which suggests that you don’t plan to stay with the company.

Focus on professional goals rather than personal and family ambitions.

Your response could be: “I’m here to let you know that I am the best person for the job. If in the future you feel I would be a candidate for a higher-level position, I know I wouldn’t be passed up.”

OR: “I hope to stay at the company and expect that in five years, I’ll make a significant advance in the organization.”

And then there’s my personal favorite, which a student told me a friend had used. Asked by the interviewer, “Where do you see yourself in five years? The response: “Celebrating the five-year anniversary of your asking me this question!” While the response probably made the interviewer laugh, it’s probably not the best answer.