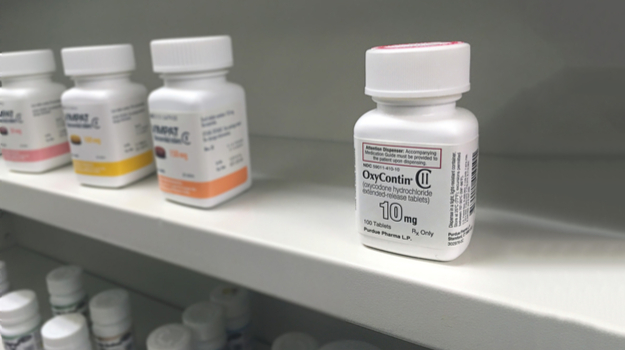 The notorious legacy of OxyContin continues to be a major black mark against Purdue Pharma. And that mark is only getting worse as a court case against the opioid manufacturer has revealed company officials used deceptive marketing practices to boost sales of the drug.

Documents in a Massachusetts court case show that former company president Richard Sackler announced at a launch party for OxyContin after its approval that  his colleagues should imagine a “blizzard of prescriptions.” Sackler, according to the Associated Press, predicted that the number of paper prescriptions for OxyContin would be “deep, dense and white.” Sackler’s comments were revealed publicly in a lawsuit brought against the company by the Massachusetts attorney general, which, like many other government entities, has taken legal action against the company for the aggressive manner in which it marketed the opioid painkiller that led to untold levels of addiction. The lawsuit brought against the company in Massachusetts is the first one to publicly point a finger at the Sackler family, the AP reported.

During the court case, the attorney general’s office revealed the contents of internal company documents that had not yet been made public. The attorney general’s office noted in court that Sackler’s boast of a prescription blizzard came true. Additionally, the state lawyers said that the Sackler family, which controls privately-held Purdue, was aware of the dangers of OxyContin, but pushed for more prescriptions regardless.

The information revealed in the Massachusetts courthouse bolsters a 2018 report released by the U.S. Department of Justice that showed the company knew about “’significant’ abuse of OxyContin in the first years after the drug's introduction in 1996 and concealed that information.” The DOJ report said that Purdue executives knew the opioid pills were being crushed and snorted as abusers sought to get high faster. As BioSpace reported when the DOJ report was released, the government cited internal reports from Purdue sales representatives and said the words “street value,” “crush,” or “snort” were used 117 times between 1997 and 1999.

Opioid abuse has become a national epidemic. Recently, the National Safety Council issued a report that showed that more people in the United States are more likely to die from an opioid overdose than a car crash. Purdue Pharmaceutical has sought to distance itself from becoming the poster company for opioid abuse. In the Massachusetts court, company attorneys criticized the state’s attorneys for “cherry picking” comments from millions of company documents to create “biased and inaccurate characterizations” of the company and its executives, the AP reported. Additionally, the company attorneys stressed that OxyContin accounts for a small portion of opioid abuse in the United States and said that heroin and fentanyl are causing most of the opioid-related deaths.

“In a rush to vilify a single manufacturer whose medicines represent less than two percent of opioid pain prescriptions rather than doing the hard work of trying to solve a complex public health crisis, the complaint distorts critical facts and cynically conflates prescription opioid medications with illegal heroin and fentanyl,” Purdue Pharma said, according to the AP.

Last year Connecticut-based Purdue made several major strides to address the opioid crisis. The company cut its sales force in half as the company changes its marketing strategy for its chronic pain pill. Purdue also said it will no longer be promoting opioids to prescribers. Purdue also named a new head of corporate social responsibility as it continues to grapple with negative attention due to the rampant opioid crisis across the United States.

The court case in Massachusetts is a legal action taken against the company separate from more than 1,500 cases being overseen by a judge in Cleveland. According to the U.S. Department of Health and Human Services, 116 Americans die daily from opioid overdoses.