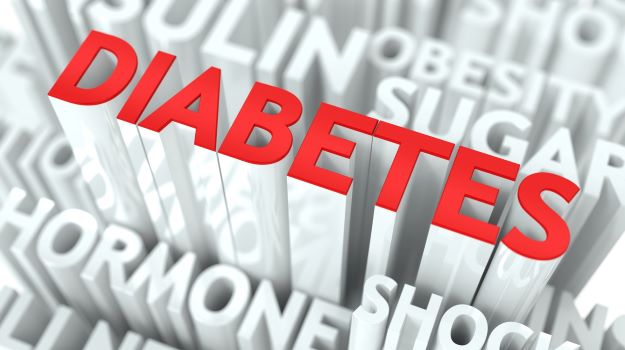 Type 1 and type 2 diabetes are two different diseases with similar symptoms. Type 1 diabetes is an autoimmune disease where the immune system attacks the beta cells in the pancreas that produce insulin. Type 2 diabetes has a similar result but is generally caused by faulty insulin production and insulin intolerance in cells. A recent study identified a hormone that may drive both types. For that and more research stories, read on.

Researchers at the Harvard T.H. Chan School of Public Health identified a hormone named fabkin that they believe plays a significant role in development of type 1 and type 2 diabetes. In both mice and humans, their research observed abnormally high levels of fabkin in type 1 and type 2 diabetes. And they further found that by blocking fabkin activity it prevented the development of both types of diabetes in animals. They published their research in the journal Nature.

“For many decades, we have been searching for the signal that communicates the status of energy reserves in adipocytes to generate appropriate endocrine responses, such as the insulin production from pancreatic beta cells,” said Gökhan S. Hotamisligil, director of the Sabri Ülker Center at Harvard and senior author of the study. “We now have identified fabkin as a novel hormone that controls this critical function through a very unusual molecular mechanism.”

Fabkin regulates energy signals outside cells. They then act via a family of receptors to control target cell function; in diabetes, it controls beta cells in the pancreas that manufacture insulin. A protein called FABP4 is secreted from fat cells and enters the blood stream, where it binds with enzymes NDPK and ADK to form fabkin. FABP4 modifies the activity of NDPK and ADK to regulate ATP and ADP, which are involved in energy production. Surface receptors on nearby cells respond to the changing ratio of ATP to ADP and trigger the cells to change energy status. Fabkin then regulates the function of the target cells.

Researchers with the University of Twente in the Netherlands noticed that some relatively young COVID-19 patients developed Parkinson’s disease weeks after contracting the virus. Studying the link, they found that, at least in the laboratory assays, the SARS-COV-2 N-protein interacts with a neuronal protein known as alpha-synuclein, and it speeds the formation of amyloid fibrils. These amyloid fibrils have been implicated in Parkinson’s disease. The fibrils lead to the death of dopamine-producing neurons in the brain. COVID-19 is well-known for causing a loss of taste and smell, but it’s not clear if the virus actually gets to the brain. However, loss of smell is a common premotor symptom in Parkinson’s disease. They also worked with the SARS-CoV-2 spike protein, which helps the virus enter cells. They haven’t determined if these protein-protein interactions occur in the human brain, but if they do, it might explain the link between COVID-19 infection and Parkinson’s disease. It may help explain why some neurological symptoms, such as “brain fog” associated with COVID-19, are caused.

For some time, asthma has been associated with a lower risk of brain tumors, but no link was understood. Now, researchers at Washington University School of Medicine in St. Louis believe that immune cells that are activated during some asthma conditions are less likely to promote brain tumor growth. Asthma is associated with activation of T cells in the immune system. In their research, they induced asthma in tumor-prone mice and analyzed their immune systems while evaluating for optic pathway gliomas at three and six months. The T cells in the mice with asthma secreted a protein called decorin that stimulates the tissues that line the airways and makes asthma symptoms worse. But in the brain, decorin blocks the activation of brain immune cells called microglia. Activated microglia stimulate growth and development of brain tumors. Their research suggests that blocking microglial activation might be a possible therapy for brain tumors.

Fragile X syndrome (FXS) is a leading genetic cause of autism. It is a very specific disease that affects one in 4,000 males and one in 6,000 females and is caused by a specific type of mutation in the fragile X mental retardation 1 gene (Fmr1) which is located in the X chromosome. Its name comes from distinctive breaks in the X chromosome when cells are cultured under specific conditions using thymidine or fluorodeoxyuridine. Researchers at the University of California-Riverside conducted research into mice models of Fragile X where they inserted the Fmr1 gene into the very young transgenic mice brains. The therapy reactivated the gene and the mice no longer showed Fragile X syndrome symptoms.

Investigators at Columbia University Irving Medical Center reported an investigational gene therapy for sickle cell disease restored blood cells to their normal shape and eliminated the worst complications of the disease for at least three years. The trial was in four patients at New York-Presbyterian/Columbia University Irving Medical Center. A single-dose therapy was tested on 35 adults and adolescents with sickle cell disease, but it's the four patients that have been reported for the first time on the long-term outcomes. The disease is caused by mutations in the gene for beta-globin, which causes production of abnormal hemoglobin, which carries oxygen in red blood cells. The sickle cells have stiff, sickle shapes. The new gene therapy is called LentiGlobin. In it, blood-forming stem cells are collected, then lentiviruses are used to deliver a modified copy of the beta-globin gene into the stem cells, which are later reinfused into the patient. LentiGlobin is a product of bluebird bio.

How Tumors Can Stay Dormant for Years

Investigators at The Mount Sinai Hospital/Mount Sinai School of Medicine discovered how cancer cells stay dormant for years after they metastasize. The cells stay dormant by secreting type III collagen into the environment around them, and only become malignant once the collagen level decreases. The team enriched the environment around the cancer cells with type III collagen, which forced the cells to stay dormant.

“Our findings have potential clinical implications and may lead to a novel biomarker to predict tumor recurrences, as well as a therapeutic intervention to reduce local and distant relapses,” said senior author Jose Javier Bravo-Cordero, associate professor of Medicine (Hematology and Medical Oncology) at The Tisch Cancer Institute at Mount Sinai. “This intervention aimed at preventing the awakening of dormant cells has been suggested as a therapeutic strategy to prevent metastatic outgrowth.”