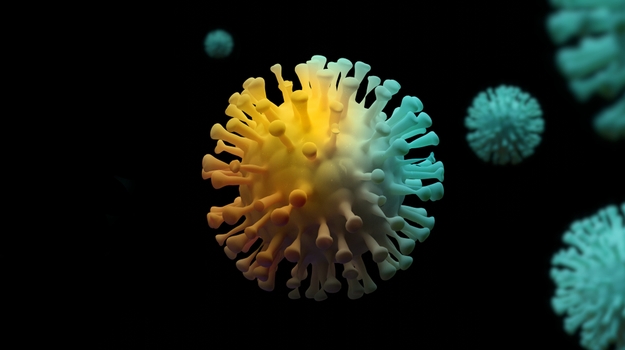 A Phase II clinical trial out of Hong Kong found that a three drug-antiviral cocktail significantly decreased median time to a negative SARS-CoV-2 test compared to controls. In fact, it shortened it from 12 days in the control group to seven days. The control group received only a protease inhibitor, AbbVie’s Kaletra (lopinavir-ritonavir), while the cocktail group received Kaletra, nucleoside analogue ribavirin, and injectable interferon beta-1b (Bayer’s Betaseron; Novartis’s Extavia). The study was published in The Lancet. A total of 127 patients were studied, with 86 receiving the combination and 41 in the control cohort.

In an accompanying editorial by Sarah Shalhoub, of Western University in London, Ontario, she noted that because most of the studies to date have been retrospective or observational, “this prospective, [randomized] controlled design adds notable value to the growing evidence on treatments. This study presents a step towards finding a much-needed therapy for [COVID-19].”

The authors wrote, “The median number of days from symptom onset to start of study treatment was five days. The combination group had a significantly shorter median time from start of study treatment to negative nasopharyngeal swab (7 days…) than the control group (12 days….) Adverse events included self-limited nausea and diarrhea with no difference between the two groups. One patient in the control group discontinued lopinavir-ritonavir because of biochemical hepatitis. No patients died during the study.”

Scientists with the Karolinska Institutet in Sweden reported how long-term use of proton pump inhibitors (PPI) for heartburn, gastritis and stomach ulcers increases the risk of dementia. The proton pump inhibitors affect the synthesis of the neurotransmitter acetylcholine, which plays a significant role in Alzheimer’s disease and other dementias. Using 3D computer simulations, they evaluated how six PPI variants based on different active substances interacted with choline acetyletransferase. All the drugs they tested bound with the enzyme. They will continue to evaluate if the effect carries over in the human body but recommended limiting long-term use of PPI.

The Difficulties of Developing Vaccines to COVID-19

Researchers at Baylor College of Medicine and Texas Children’s Hospital, who are working to develop vaccines against SARS-CoV-2, the COVID-19 virus, published two recent papers, one in Microbes and Infection and the other in Nature Reviews Immunology, outlining some of the unique challenges to developing a safe and effective vaccine against COVID-19.

First, they knew that the mechanisms of protection will probably depend on a robust antibody response with neutralizing capacity, but it will also need balanced cellular response and cytokines or immune proteins. Earlier research on SARS-COV in 2003 suggested antibodies against the virus’s spike protein, particular a region known as the receptor binding domain, supported immunity.

Secondly, some research has shown tissue damage caused by cellular infiltrates from the induction of an immune response, at least in animal models. These experimental animals developed an inflammatory reaction in the lung or liver because of the vaccines, so any vaccine has to modulate that tendency. Their research suggests that the Th17 immune responses could account for those responses, so specific viral-vectored vaccines should be used to create a specific response. And the careful choice of adjuvants—chemicals added to vaccines to improve a positive immune response—need to be prioritized.

Third, there are concerns about antibody-dependent enhancement. This has been seen in dengue and other viral infections, where the vaccine actually makes the viral infection worse. In dengue, this happens when antibodies bind to the virus and transport it inside infection-fighting macrophages, where it doesn’t die, but replicates. The macrophages basically spread the infection inside the body. It’s not known if this is relevant to human coronavirus infections, but it’s a significant concern for vaccine development.

One of the key receptors on cells that the SARS-CoV-2 virus that causes COVID-19 to latch on is angiotensin-converting enzyme 2 (ACE2). A large study published in the European Heart Journal found that men have higher concentrations of the enzyme in their blood than women, which might explain why men are more susceptible to COVID-19. However, they also found that heart failure patients taking drugs that target the renin-angiotensin-aldosterone system (RAAS), such as ACE inhibitors or angiotensin receptor blockers (ARBs), did not have higher concentrations of ACE2 in their blood.

Investigators at the Indiana University Melvin and Bren Simon Comprehensive Cancer Center identified a target for colorectal cancer immunotherapy. They found the ST2 novel checkpoint molecule that might help T-cells be more effective. They discovered that T-cell functionality is decreased in patients with high ST2 levels. In mouse models, by targeting the ST2-expressing macrophages, they slowed tumor growth.

A study by investigators at the University of California, Riverside focused on the Toll-like Receptor 4 (TLR4) and how memory functions. They discovered that TLR4 in the normal and the injured brain use extremely different cellular pathways, as well as novel mechanisms for how TLR4 regulates memory in normal, uninjured brains. The research was published in the journal Brain, Behavior, and Immunity, and could point the way to treatments that would limit memory deficits after brain injury.

“Memory deficits are a major long term adverse consequence of brain injury and the ability of a drug treatment given a day after injury to improve memory function is of significant clinical interest,” said Viji Santhakumar, an associate professor of molecular, cell and system biology at UC-Riverside, who led the study. “Resatorvid, a drug approved for clinical trials in other diseases, effectively blocked TLR4 and improved post-injury memory deficits in our study.”

In normal brains, neuronal activity is suppressed by TLR4. But in the injured brain, TLR4 increases neuronal activity. The study found that only neurons—not non-neuronal glia cells—are involved in TLR4-mediated increase in excitability in the injured brain. But glial cells are required for TLR4-mediated decrease of excitability in the normal brain.

“We found suppressing TLR4 signaling a day after concussive brain injury, common to sports and traffic accidents, reduces excitability and improves working memory performance a week to a month later,” Santhakumar said. “Our data show the processes underlying the damaging effects of brain injury can be selectively manipulated for therapy and can preserve memory function after the injury.