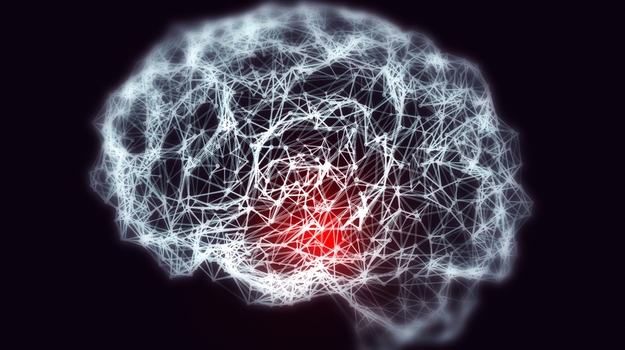 The best-known genetic marker for Alzheimer’s disease is ApoE4, a form of apolipoprotein E, which is a protein involved in repairing neurons injured by aging, stroke or other reasons. ApoE4 is found in about a quarter of all people, but in about two-thirds of Alzheimer’s patients.

The National Institutes of Health (NIH) granted $4.8 million to Robert Mahley, President Emeritus of the Gladstone Institutes. The focus of the research will be to learn more about ApoE4 and how and why it affects Alzheimer’s disease.

“ApoE4 dramatically rewires cellular pathways in neurons and impairs their function,” Mahley said. “Our goal is to understand how this rewiring occurs and identify potential new treatment strategies to negate the detrimental effects.”

Everybody has the ApoE gene, which has three different types, called isoforms: ApoE2, ApoE3 and ApoE4. Researchers at Gladstone have argued for some time that ApoE4 acts as more than a risk factor, directly contributes to brain cell damage. For example, another researcher at Gladstone, Yadong Huang, found that ApoE4 is easily broken into fragments inside neurons, and the fragments impair the function of the neurons.

“There are a number of detrimental effects,” Mahley said of that research in September 2019. “And right now, we have no therapy that targets ApoE4.”

The difference between ApoE3 and ApoE4 is a single point mutation, but that change means ApoE4 has a different shape from ApoE3. This makes it more susceptible to the fragmentation.

“Our work suggests that these ApoE4 fragments are toxic to neurons and cause sweeping changes to the collection of proteins expressed within a neuron,” Mahley said in the most recent announcement. “We suspect that their toxicity may underlie much of the neurodegeneration seen in Alzheimer’s disease.”

Mahley plans to use the funds to work with Senior Investigator Nevan Krogan and Gladstone Mass Spectrometry Facility Director Danielle Swaney. They will leverage affinity purification mass spectrometry (AP-MS) to first identify which proteins in a single cell directly interact with ApoE4 fragments.

Swaney said, “AP-MS is an important first step because it will allow us to define physical interactions between proteins that may underlie the functional deficits observed in neurons that express ApoE4.

They will be the AP-MS work on neuronal cells derived from mice, which are similar to human neurons. They will also utilize advanced protein analysis to learn more about the abnormal regulation in neurons with ApoE4 being expressed. This will be conducted in neurons from human induced pluripotent stem (hiPS) cells. The procedure for that was developed by Shinya Yamanaka, a 2012 Nobel prize winner and Gladstone senior investigator.

“We are quite excited to be involved in this project,” Krogan said. “My lab has successfully applied AP-MS and other cutting-edge proteomic and genetic techniques to many different diseases, and we now hope to enable a much deeper understanding of ApoE4.”

The hope is that by combining that work, they will compile a list of proteins involved in pathways specifically changed in ApoE4 neurons compared to ApoE3 neurons. They will then pick lead candidates for more research in neurons grown from hiPS cells, which will be guided by Yadong Huang.

The plan after that is to use CRISPR gene editing to see if they can reverse the effects of ApoE4 by activating or inhibiting the genes that control their chosen protein candidates.

“By the end of the project, we hope to narrow down our list to just a few target genes or proteins that protect or restore neuronal health when we activate or inhibit them in live mice with the ApoE4 gene,” Swaney said. “They could then be explored as potential targets for Alzheimer’s treatment in humans.”