With No Clear Path Forward, Ardelyx Will Axe 102 More Jobs 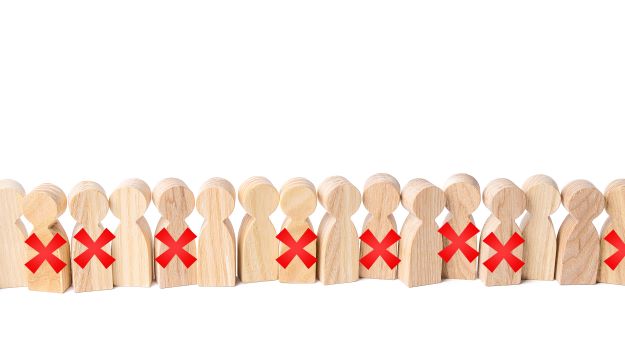 Disappointed over the "lack of clarity" in the U.S. Food and Drug Administration's stance on potential approval of its proposed chronic kidney disease (CKD) drug, Ardelyx will cut another 102 jobs, according to an SEC Filing.

The Fremont, CA-based biopharma company recently met with the FDA in a Type A meeting in the hope of pushing forward with its New Drug Application (NDA) for its hyperphosphatemia drug, tenapanor, which is intended for adult patients diagnosed with chronic kidney disease (CKD) and undergoing dialysis.

Tenapanor acts in the gut to control serum phosphorous absorption by inhibiting the sodium hydrogen exchanger 3 (NHE3). Patients are given a 30 mg tablet twice a day to activate this blocking mechanism, with diarrhea identified as the most common side effect.

In July this year, the FDA gave Ardelyx a complete response letter on the NDA, which also covered the result of the Type A meeting. The FDA agreed that the evidence provided by Ardelyx was substantial to show that tenapanor is effective in reducing serum phosphorous, but said the company needs to conduct more trials to establish a "clinically relevant treatment effect on serum phosphorous or an effect on the clinical outcome thought be caused by hyperphosphatemia in CKD patients on dialysis."

The CRL did not mention anything about clinical pharmacology or biopharmaceutics, safety, or any related non-clinical concerns.

"Given that we have conducted the requisite registration studies, which met all primary and key secondary endpoints with no safety or other identified issues, we continue to be extremely disappointed and surprised by the lack of clarity from the FDA on the next steps to resubmit our NDA," said Mike Raab, president and chief executive officer of Ardelyx, in a statement.

The company announced that it is implementing a major restructuring plan to "preserve cash resources and extend cash runway," including significant job cuts. Many of those who were retained are necessary to support the work and regulatory procedures needed to finally gain approval for tenapanor.

"While a setback for our company, we believe the delay in approval represents a more significant hardship for patients who are being denied access to tenapanor, a much-needed, novel therapeutic alternative with a different mechanism of action. We remain dedicated to providing these underserved patients, of which 77% are unable to maintain target phosphorus levels despite active treatment with currently available therapies, another treatment option," added Raab.

Ardelyx announced its restructuring program on October 12 in response to the FDA's CRL in July. The program will be completed by December this year. The job cuts are expected to reduce the company's cash compensation costs by around $18.1 million per year. Ardelyx has yet to receive a copy of the minutes of the Type A meeting with the FDA as of this writing.