Why It’s So Difficult to Reduce Drug Prices 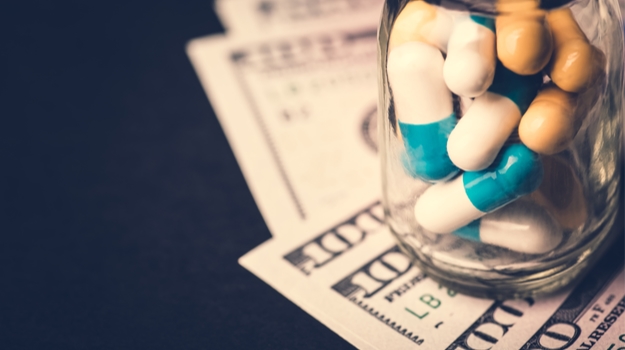 Partly because it’s an election year and partly because, well, drugs can be expensive, the topic of drug pricing is a hot-button issue. Earlier this year, in February, seven pharmaceutical executives were grilled by the U.S. Senate Finance Committee over drug pricing.

The tone was set by U.S. Senator Chuck Grassley (R-Iowa), who chairs the committee. Early on he stated, “We cannot allow anyone to hide behind the current complexities to shield the true costs of drugs. And we shouldn’t turn a blind eye to industry’s practices that distort laws and regulations designed to promote competition and generic drug entries into the marketplace.” These tactics include withholding samples, pay-for-delay, product hopping and rebate bundling.

Toward the end of July, the Trump administration floated a proposal that would allow consumers to buy drugs legally from Canada, despite opposition from Canadian healthcare officials. There’s no timeline for these actions, and it’s worth noting that the issue was at the forefront of the 2016 presidential election which was ongoing from 2015 through 2016—and really, nothing substantial has been done to relieve the problem.

Part of the reason it’s so difficult to drive down drug prices is the U.S. economy is essentially a free-market system where despite a lot of political rhetoric, Congress and the White House tends to stay away from actual price controls. But drug pricing has some other issues that make it uniquely difficult to affect change.

Recently, healthcare economist Austin B. Frakt, who is the founder and co-editor-in-chief of The Incidental Economist, wrote an article for The New York Times outlining why it’s so difficult to lower drug prices. His colleague, Aaron Carroll, professor of Pediatrics and associate dean for Research Mentoring at Indiana University’s School of Medicine, produced a video discussing the issues. Here’s a look.

Carroll notes that most people think there should be more regulation, meaning “government intervention to lower them, but don’t count on a single government policy to solve a nuanced problem.”

He notes Medicaid and the Veterans Health Administration are about the only government programs where lower drug prices aren’t related to a single economic factor—competition. History has shown that when a generic drug hits the market, competition can push their prices 80% below the brand price, sometimes even lower.

On the other hand, high-priced drugs don’t usually have much competition. There are a number of reasons for that.

Like many, Carroll brings up AbbVie’s Humira (adalimumab), generally dubbed the best-selling in the world. It’s an injectable drug used to treat rheumatoid arthritis, psoriatic arthritis, plaque psoriasis, hidradenitis suppurativa, Crohn’s disease, ankylosing spondylitis, ulcerative colitis and non-infectious uveitis. Between 1992 and 2017, it alone brought in $75.72 billion. Also, the price of the drug more than doubled between 2013 and 2018. The annual price tag is almost $40,000.

Since its approval by the U.S. Food and Drug Administration (FDA) in 2002, it has been protected from direct approval by patents and what Carroll calls “FDA-provided market exclusivity.”

AbbVie usually takes heat for this, and the February hearing before the Senate Finance Committee was no exception. Sales for Humira in 2019 were almost $20 billion and the company’s chief executive officer, Richard Gonzalez’s bonus was partially tied to Humira sales. It is protected by 130 patients.

In the hearing, Senator John Cornyn (R-Texas) went after AbbVie, saying, “I support drug companies recovering a profit based on their research and development of innovative drugs. But at some point, that patent has to end, that exclusivity has to end, to be able to get it at a much cheaper cost.”

Gonzalez responded, “That patent portfolio evolved as we discovered and learned new things about Humira.”

For example, the primary patent, the composition-of-matter patent, expired in 2016. But as the company developed the drug for new diseases, it developed patent protection for those indications.

Of course, patents are foundational to most countries and the U.S. is no different. George Washington was a strong advocate for patents and signed the first Patent Act into law in April of 1790. The first patent board of examiners was made up of three men: Secretary of State Thomas Jefferson, Secretary of War Henry Knox, and Attorney General Edmund Randolph.

Generally speaking, patents are designed to protect innovation for a time from competition as well as to help promote innovation. Few people are going to bother going to the time and expense of inventing something if someone can immediately come along, copy it and make money off it.

Carroll brings up another drug, something of an other-side-of-the-coin from Humira, Vyera Pharmaceuticals’ Daraprim. This drug has become something of the poster child for biopharma drug-pricing abuses. Vyera was formerly Turing, which was run by Martin Shkreli, the so-called “pharma bro” currently serving a prison sentence for defrauding investors in two hedge funds he operated, as well as conspiring to manipulate stock in another drug company Retrophin.

Under Shkreli’s leadership, Turing bought Daraprim and increased its price by more than 5,000%. Daraprim is used to treat toxoplasmosis and was originally invented in the 1950s. Like Humira, Daraprim has no competition. But the lack of competition is different than for Humira.

Humira has no competition because of patent protection. Daraprim is now a generic drug because the patents expired. But there’s no competition for it. If there were, the price would undoubtedly drop. But there’s a very small market for the drug and the cost of starting up manufacturing of it would be cost-prohibitive for companies compared to how much (or little) money they could expect to make off the drug. This is fairly common for certain drugs off-patent that have no competition.

Carroll notes there have been some government actions taken to drive down drug prices. One is a 2012 law that let the FDA charge generic drug manufacturers user fees, which then allowed the agency to speed up generic approvals. Carroll notes it “doesn’t address barriers in the market that keep some prices high for drugs whose patents have expired.”

Another is importation, such as that mentioned above with Canada.

Carroll also touches on how market exclusivity varies on the type of drug. Most new drugs are small-molecule drugs, at least until recently. They get about five years of market exclusivity from the FDA, although some for rare drugs can get long periods of exclusivity.

Companies have battalions of attorneys to figure out new ways to tweak these exclusivity regulations, like changing packing for formulations.

Biologics, however, compared to small-molecule drugs, are an increasingly growing proportion of the market. Humira is a biologic. As is modern insulin. They are produced by living organisms and can cost more than 20 time more to make than small-molecule drugs. They are more complex and are regulated differently. Generics of biologics are called biosimilars. Unlike typical generics, they are not exact copycats of their brand name originators, but are “similar,” and as a result, must undergo an approval process that is more like that conducted for a new drug.

Some of the most expensive drugs today are biologics. By 2016, biologics accounted for half of FDA approvals. But they’re often far more effective than their small-molecule brethren.

As a result, the government has given them longer market exclusivity, 12 years, as a way of encouraging investment in these innovative drugs. And, like with small-molecule drugs, companies have come up with a lot of ways to extend their market exclusivity.

Also, biologics are very difficult to duplicate—much more so than small-molecule drugs. The companies that have been manufacturing biologics—Humira, for example—have been tinkering for years with the biological processes that they use to manufacture those biologics. It’s very difficult to simply take the formula for the drug and duplicate it in biological systems—living organisms.

It also means biosimilars may not behave exactly the same way the biologics do.

The government has proposed a change to Medicare linking the price of biologics to those in other countries, which are usually lower than in the U.S. Another proposal has been to automatically decrease prices once the market exclusivity period expired—which would seem to skirt extremely close to the government-price-fixing agenda Congress tends to stay away from.

Carroll also cites another issue, using antibiotics as an example. Although the world needs new antibiotics to fight resistant bacterial infections, not many biopharma companies want to invest in this area. He notes, “The problem is that they would serve a market we would want to be as small as possible. Ideally, nobody would need a powerful antibiotic, and there is no price at which a manufacturer would make a product that is never purchased.”

Carroll concludes, “Although there appears to be a mandate to lower drug prices, it’s an issue that defies a simple solution.”