WHO to Rename Monkeypox Due to Stigma, Discrimination 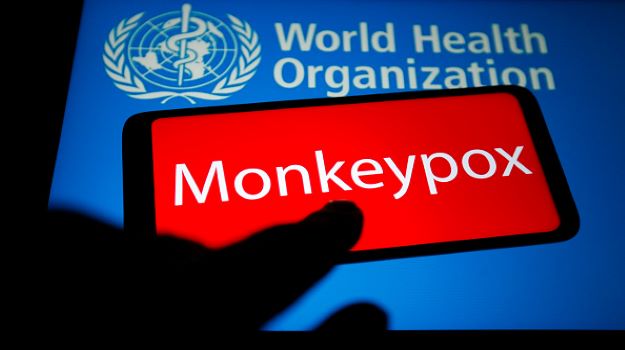 The World Health Organization is giving the monkeypox virus a new name in an attempt to quell the stigma and discrimination that might go with it.

No new name has been announced as of yet, but the current one has received criticism, particularly as WHO guidelines frown upon the use of animals or geographic locations as labels for illnesses.

On Tuesday, Tedros Adhanom Ghebreyesus, WHO’s director-general, tweeted, "WHO is also working with partners and experts from around the world on changing the name of #monkeypox virus, its clades and the disease it causes. We will make announcements about the new names as soon as possible."

The move toward the name change was also prompted by a petition from a group of over 30 global scientists calling for the change, noting that referencing the virus as African is both stigmatizing and discriminatory.

"We propose a novel classification of MPXV that is non-discriminatory and non-stigmatizing and aligned with best practices in naming of infectious diseases in a way that minimizes unnecessary negative impacts on nations, geographic regions, economies and people and that considers the evolution and spread of the virus," the letter said.

The scientists recommend classifying the virus into three main clades: 1, 2 and 3, according to the order of detection, based on genomes from Central Africa, West Africa and localized spillover events in global north countries. They also suggest adding a new clade that contains genomes from the UK, USA, Nigeria, Israel and Singapore.

"Whilst the formal naming of virus species is the purview of the International Committee of Taxonomy of Viruses (ICTV), we believe this is an opportunity for a break with the name monkeypox and the historical associations attached to that name. However, we believe that a distinct and convenient name for the virus causing this epidemic would facilitate communication without further negative connotations. Here we use the placeholder label 'hMPXV' to denote where we believe this now human virus becomes distinct from MPXV and urge a speedy decision and adoption of a new name," the scientists added.

The scenario is familiar, as it is similar to what happened when new COVID-19 variants broke out with names that had strong references to locations, like the UK variant or South African variant. To prevent discrimination, the WHO developed a new naming system that involved Greek letters, such as Alpha (UK variant), Delta (Indian variant), Beta (South African variant) and so on.

The potential discrimination to come out of continuing with the current naming styles for monkeypox could also worsen, especially as researchers are now exploring the possibility that the virus might be sexually transmitted.

"We hope that the world uses the current outbreak to advance our understanding, and provides the funding and focus for effective regional and global public health surveillance for emerging and re-emerging threats," the scientists calling for a new name for monkeypox and future variations said.

"Failure to support and adopt the proposed nomenclature and classification may result in loss of interest in sustaining active surveillance and rapid reporting of pathogens with epidemic and pandemic potentials, by scientists and national public health institutions in Africa and other LMICs. Every case of MPXV infection should be treated with the same attention and sense of urgency as the ones now in European countries and North America."