What Does 2020 Have in Store for the Life Sciences? 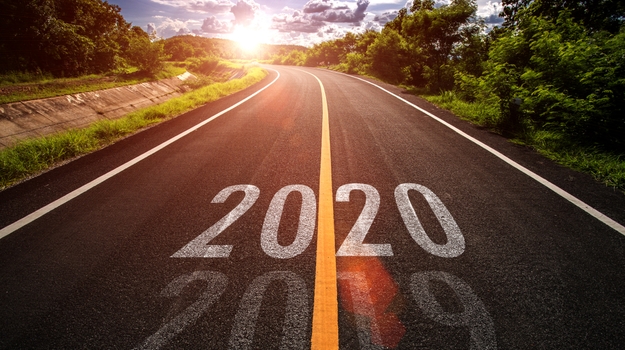 With the books being closed on 2019, it’s time to prognosticate about what the next year will hold in the biotech and pharmaceutical industry. And, to paraphrase a famous song from the 1980s, grab a set of shades, because the future looks bright.

Immuno-oncology has been one of the research cornerstones in cancer research and that will continue. However, in 2020, traditional targeted therapies will continue to be of importance. Stephen Gately, chief executive officer of TD2 (Translational Drug Development), an oncology-focused contract research organization, said there are still roles for traditional targeted therapeutics for specific indications. Following Merck’s acquisition of ArQule, Inc. and its kinase inhibitor discovery and development programs for cancer treatment, predicted the industry might see a refocus on understanding cancer and how it can respond to different drugs. He said Merck would not have spent $2.7 billion for ArQule’s Phase II Bruton’s tyrosine kinase inhibitor ARQ 531 if there was not a potential upside for the therapy, particularly as a treatment for B-cell cancers. If trial protocols are well-established and there are stricter guidelines for patient selections, Gately said the use of certain inhibitors are vastly superior to immunotherapies in development.

When it comes to clinical trials, Gately predicted there could be a change in how those are organized. He said the goal for companies is to attempt to get their assets into trials as quickly as possible but noted there is a heated and competitive battle for trial sites. As companies attempt to elbow their way to the front of the line, Gately said it is possible that the industry will begin to see more opportunities for economic incentives used to convince the clinical trial sites to take up trials sooner. If that is established, Gately said it will become a game-changer.

This past year saw the approval of gene therapies that can address devastating diseases. And that is likely to continue in 2020. But, safety will still be paramount. Ena Cratsenburg, chief business officer of Ginkgo Bioworks, said over the course of the next year, we will see drug developers use synthetic biology to improve their ability to develop therapeutics with unprecedented levels of activity and control. “In 2020, synbio companies will solidify their positions as key enablers in bringing the most innovative medicines to consumers,” Cratsenburg said.

Mark Sawicki, chief commercial officer at Cryoport, developer of the first shippers certified for the delivery of human advanced therapies, said that as the cell and gene therapies continue to show their importance for treating new diseases, 2020 will usher in a record year for biologics license applications and marketing authorization applications. Sawicki suggested that over the course of the coming year, eight or nine companies will file such applications to gain regulatory approval of their products. In addition to the high number of filing companies, he suggested that there will be multiple new products launching with three or four generating revenues in 2020. By 2023, Sawicki predicts there will be at least 22 commercial launches in the space.

Jason Steiner, vice president of business development and strategy at gene editing company Synthego, said in 2020, the gap between the pace of innovation in the cell and gene therapy landscape and the infrastructure required for commercialization and deployment will continue to widen before it converges again. Steiner said the development of engineered cell therapies will continue to “move toward non-viral approaches” in order to boost engineering sophistication while decreasing the time and cost of traditional engineering. He added that manufacturing consideration of cell and gene therapies will continue to move farther upstream. They will be “more tightly integrated with early development to avoid commercialization bottlenecks that are being caused by a rapid increase in the pace of development and regulatory approval cycles.”

The importance of Real World Evidence (RWE) will continue to grow in 2020. Jane Reed, director of life sciences at U.K.-based Linguamatics, said the industry will continue to harness RWE in its drug development programs. RWE was not a topic of conversation in the industry 10 years ago, Reed said, but now there is significant value seen from what RWE brings to the table. RWE relates to the collection of information about a drug’s safety and efficacy outside the structure of a clinical trial. The data can be collected from a variety of sources, including electronic health records, wearable devices, lab tests and more. The pharma industry will need to not only continue to collect the data, but learn to use it in a way that improves the outcomes of the patients it serves. Reed said the industry has to show they are listening to the patient community and be flexible. From there, the industry will need to feed that patient-driven data into drug discovery efforts. To boost the collection of RWE, Reed said the use of targeted social media research will also increase the amount of data that companies have at their fingertips. As companies within the pharmaceutical industry continue to dig into the depths of disease states, particularly those of rare diseases, Reed said the use of RWE will prove to be increasingly important.