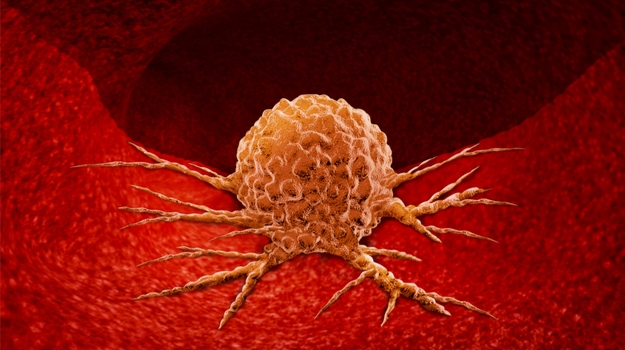 Vigeo Therapeutics is expanding indications for its tumor microenvironment (TME)-targeting oncology platform, which inhibits tumor growth by reprogramming normal cells that were recruited and coopted by a tumor. Dose expansion for its Phase Ib/II study is ongoing for multiple solid tumors, and combination studies with immune checkpoint inhibitors and with standard-of-care chemotherapy are being planned for the latter half of this year.

“The company was founded on the idea that targeting the tumor microenvironment (TME) is best strategy for treating cancer,” Jing Watnick, Ph.D., CEO, said during a presentation at the LifeSci Partners Summer Symposium on August 5.

Within the industry, therapeutic programs that target the tumor microenvironment have been beset by challenges “related to the size of the protein, delivery and stability,” she said. “Our program lets us overcome those burdens.”

“VT1021 is a five amino acid cyclic peptide derived from prosaposin (Psap). Psap is a precursor of saposin A, B, C and D, and functions as a lipid hydrolase activator,” Watnick said.

The compound binds to myeloid-derived suppressor cells in the tumor microenvironment and induces the production of thrombospondin-1 (TSP-1) within the tumor. Then TSP-1 binds both to CD36 and CD47 to induce antitumor effects and therefore suppress the growth of tumors that have high expression of CD36 or CD47.

“That is a very important aspect of the compound,” Watnick noted. “By binding to CD36, CD47, and other cell surface molecules, TSP-1 induces apoptosis in tumor and endothelial cells; regulates cell adhesion, migration, invasion, and proliferation; and modulates the immune and inflammatory responses. TSP-1 is fully activated in the TME.”

Breaking down the interactions by binding site, she pointed out that when TSP-1 binds to CD36, it induces apoptosis in tumor and endothelial cells and increases the M1:M2 macrophage ratio, which affects cell adhesion and survival. By binding to CD47, TSP-1 stimulates CD8+ T cell functions, and also blocks what she called “do not eat me” signals, allowing the macrophages to kill the tumor cells. It also increases activity of CTL cells, allowing better targeting of tumor cells.

“What’s most interesting,” Watnick said, “is that in the ovarian tumor model, we stopped treatment at day 50 and then re-challenged the model one month later. Within one week of re-administration, VT1021 again triggered antitumor activity and again caused tumor regression.”

In the pancreatic tumor model, the tumor size was reduced by half between day 25, when the treatment was administered, and day 45 when the models were assessed. At that time, she continued, “The animals also had slightly higher M1:M2 ratios, which indicated that the treatment was reprogramming the microenvironment.”

Data from Vigeo Therapeutics’ dose escalation study also appeared promising. Of the 28 patients who could be evaluated, 43% achieved a partial response or disease stability. One (with thymoma, a tumor originating from the epithelial cells of the thymus) had a partial response that probably exhibited high expression levels of CD36 and CD47. “I said ‘probably’ because the size of the tumor was too small to biopsy, but a biomarker array analysis concluded it most likely had high expression levels of DC36 and CD47.

“The 11 who achieved disease stability had very striking binding, which made us very excited,” she continued. Based on those indications, “High CD36 and CD47 expression with TSP-1 induction could be a very strong panel of indicators of clinical response.”

That possibility is being evaluated in the clinic now.

Vigeo Therapeutics’ clinical trial development plan for VT1021 calls for completing the expansion studies for multiple indications, followed by an FDA meeting in 2021, leading to a monotherapy trial for select indications. Watnick said she is hoping for accelerated approval in 2023 and the onset of a confirmatory trial in 2024.

For combination trials, the company plans to stagger the launches for four indications. If they launch as scheduled, completion of the last trial is anticipated by the end of 2022.

The Cambridge, Massachusetts company raised a total of $27.5 million in Series A and Series B rounds through Morningside Venture Investments in 2015 and 2018. Now it is raising Series C funding to support continued clinical development.