Vifor Pharma Doubles Down on Kidney Disease with New Acquisitions 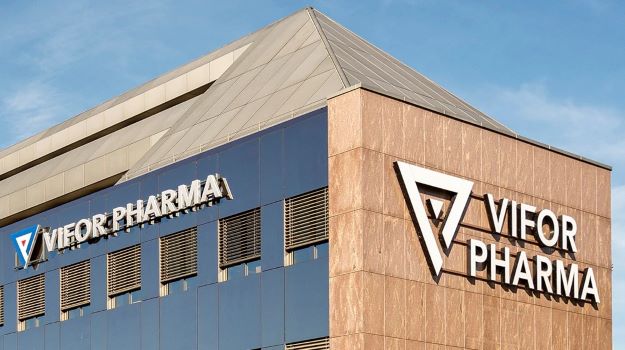 In the first deal, Vifor picks up Sanifit’s SNF472, a novel, first-in-class inhibitor of vascular calcification. The drug is being developed to treat calcific uremic arteriolopathy (CUA) and peripheral artery disease (PAD) patients with end-stage kidney disease. No drug has been approved for these indications in this population. The drug has been granted orphan drug designation for both indications by the U.S. Food and Drug Administration (FDA) and CUA by the European Medicines Agency (EMA).

Under the terms of the agreement, Vifor is buying all Sanifit’s outstanding shares. The company is paying 205 million euros upfront ($231 million U.S.) and 170 million euros ($192 million U.S.) in various milestones, as well as tiered sales-based milestones that could hit mid to high triple-digit euros at peak sales.

“Today’s exciting announcement helps us to build on our strong nephrology pipeline to help end-stage kidney disease patients globally,” said Abbas Hussain, Vifor’s chief executive officer. “Through the acquisition of Sanifit and its lead compound SNF472, we will further expand our growing nephrology pipeline into vascular calcification, a major cause of morbidity and mortality in patients with end-stage kidney disease.”

Hussain added, “SNF472 is the only novel asset addressing a great unmet medical need for end-stage kidney disease patients with calcific uremic arteriolopathy and peripheral artery disease. We look forward to bringing this highly promising, innovative treatment option to 330,000 patients in the U.S. and Europe, living with CUA or PAD, as soon as possible.”

Sanifit ran a Phase IIb CaLIPSO trial of SNF472 in 274 patients. The study hit the primary endpoint, decreasing coronary artery calcium progression in patients who received the drug over a 52-week period. The drug is currently in Phase III trials in CUA in patients on dialysis. The primary endpoints are related to wound healing and pain. They expect to initiate a Phase III trial in PAD patients on dialysis in 2022.

“From the very beginning, Sanifit has been a pioneer of new approaches to treat calcification disorders, a huge area of unmet need,” said Joan Perelló, Sanifit’s chief executive officer. “This agreement is a testament to the enduring commitment of our dedicated team and investors, as well as our unique approach to combat vascular calcification, which originated from the University of the Balearic Islands.”

“We are gaining moment with our ambitious strategic growth plans as we today add Sanifit, Inositec and their promising assets to our strong nephrology portfolio,” Hussain stated.

Under the terms of the Inositec deal, Vifor is acquiring 100% of Inositec shares and paying 20 million in Swiss Francs (CHF) or $22.58 million (U.S.). Inositec will be eligible for clinical earn-out payments in the low triple-digit million range.

Inositec has received the green light to initiate a Phase I trial of INS-3001, and the first healthy volunteer will be dosed on November 30, 2021.

Mattias Ivarsson, founder and chief executive officer of Inositec, said, “This acquisition builds on years of hard work from the entire Inositec team and provides a strong foundation for improving outcomes for patients suffering from cardiovascular and vascular calcification disorders. Inositec’s transition to a clinical-stage company represents an ideal time to partner with Vifor Pharma to accelerate the clinical development of INS-3001.”