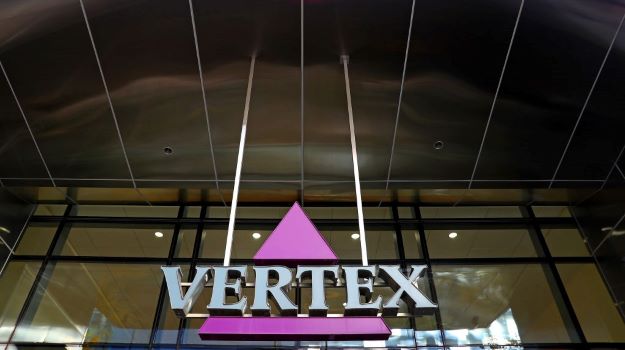 CEO Reshma Kewalramani said the past six to 12 months have made it clear that their discovery pipeline has moved well-beyond cystic fibrosis.

“We are at a new inflection point, and our pipeline has never been broader,” Kewalramani said Thursday on a conference call. “We are working to bring additional, transformative medicines around the globe.”

Vertex released its quarterly financial report for 2022 that demonstrated its strong position in cystic fibrosis, and its advances in other disease indications. Kewalramani and other members of the company’s leadership team noted that even as the company broadens its pipeline focus, it will continue to invest in its CF leadership role.

The company’s cystic fibrosis pipeline, which includes Trikafta and Orkambi, provides treatment for more than 90% of the CF patient population. Kewalramani said the company aims to expand that coverage in hopes of providing treatment to as many patients as possible. She noted that since its 2019 approval, Trikafta has raised the bar in cystic fibrosis.

“We will maintain our long-term leadership in CF,” she said. “If it’s possible to outperform Trikafta, we’re the ones who are determined to do so.”

One program that could expand its CF offerings is a partnership with Moderna for an mRNA treatment for the disease. That program, first established in 2016, aims to develop an mRNA therapy that will help cells in the lung manufacture functional copies of the cystic fibrosis transmembrane conductance regulator (CFTR) protein. The companies are preparing to file an Investigational New Drug Application for this approach later this year.

In March, Vertex also filed a supplemental New Drug Application with the U.S. Food and Drug Administration for Orkambi. The company is seeking approval to treat cystic fibrosis in patients 12 months to less than 24 months old. A similar filing will be made in Europe later this year.

Beyond cystic fibrosis, one experimental drug the company aims to seek approval for later this year is CTX001, a possible cure for sickle cell disease and transfusion-dependent beta-thalassemia that Vertex has been co-developing with CRISPR Therapeutics. So far, data has been positive and the company anticipates presenting updated data from the clinical trials from more than 75 dosed patients later this year. Vertex and CRISPR have also initiated two new Phase III studies of CTX001 were initiated in pediatric patients with both blood-based diseases.

In pain, Vertex is developing a non-opioid therapeutic for patients experiencing acute pain following abdominoplasty surgery or bunionectomy surgery. Two months ago, the company posted positive data from two Phase II dose-ranging acute pain studies with VX-548, one following bunionectomy surgery and the other following abdominoplasty surgery. Both studies met their primary endpoint and established proof of concept for VX-548. Vertex plans to advance VX-548 into pivotal development in acute pain in the second half of 2022, following discussions with regulators, Kewalramani said.

Another hopeful therapeutic in the company’s pipeline is Vertex’s type 1 diabetes treatment VX-880. Although the medication has only been dosed in three patients, the company has seen significant promise from VX-880. Kewalramani said the cell therapy could offer a functional cure for people who are living with Type 1 diabetes. Earlier this week, the company was hit with an unexpected clinical hold on VX-880 that Kewalramani said they are “working with urgency to understand.”

Early data from the study of VX-880 has been almost remarkable, with one patient who received a half-dose of the therapy becoming insulin-independent. A second patient, who received a half dose is showing a robust response as well. A third patient, who received a full dose about a month ago, is also showing encouraging efficacy, the company said. Not only is Vertex seeing positive efficacy in its early days, but Kewalramani also said the therapy is showing a positive safety profile with no serious adverse events.

This year alone, Vertex is planning three IND filings, and more are expected in 2023. The growing clinical programs at the company are an encouraging sign of growth and maturity as a company, Kewalramani added.

Financially, Vertex is performing well. In the first quarter, the company saw a 22% increase in revenue, posting $2.10 in sales. That keeps the company on track to generate $8.4 to $8.6 billion this year.

“Following up on our success in transforming the treatment of cystic fibrosis, Vertex's unique and differentiated R&D strategy continues to deliver in multiple disease areas, and another wave of therapies is set to enter the clinic in the second half of this year,” Kewalramani said.