Venatorx’s Path to Novel Antibiotics – and Stopping another Pandemic 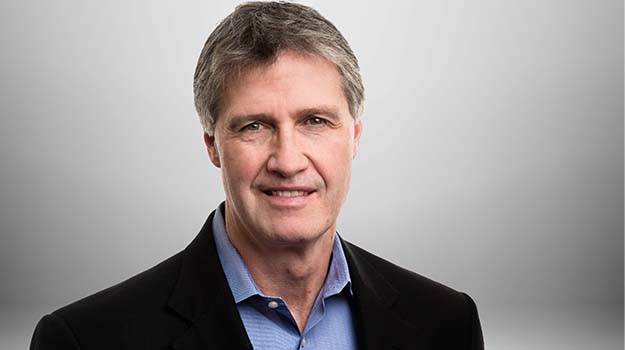 A Critical Lack of Funding

Compounding the problem, many pharmaceutical companies have exited the antibiotic business because financial incentive is lacking. Essentially, less private investment and innovation in the development of new antibiotics are impeding efforts to combat drug-resistant infections.

“Making a new drug to treat a bacteria has historically been very difficult. Bacteria are living organisms. They’ve been around for billions of years. They’ve learned how to fight off an attack from just about any front. Bacteria are clever; you can put them under pressure with an antibiotic, but eventually, they’ll find a way to circumvent it and decrease its effectiveness,” said Venatorx President and CEO Christopher J. Burns, Ph.D. in an email. “There’s an inevitability to antimicrobial resistance (AMR), which is why every 15 to 20 years, the world needs a new wave of antibiotics. Without them infections are becoming harder, and inevitably impossible, to treat.”

Venatorx’s second development-stage product is VNRX-7145, an orally bioavailable BLI that, in combination with the third generation orally bioavailable cephalosporin, ceftibuten, has the potential to protect the partner antibiotic against extended spectrum beta-lactamases and key CRE – including those expressing Klebsiella pneumoniae carbapenemase and Oxacillinase carbapenemases.

The candidate is intended to treat patients with infections caused by MDR gram-negative pathogens that are resistant to current standard-of-care oral and intravenous antibiotics, including fluoroquinolones, cephalosporins and carbapenems.

In July, Venatorx announced positive top line results for its Phase I single ascending dose (SAD) and multiple ascending dose (MAD) clinical trial of VNRX-7145. The Phase I study was a two-part, first-in-human dose-ranging study intended to evaluate the safety and pharmacokinetics of escalating oral doses of the drug.

In part one, subjects received single ascending doses of VNRX-7145. In part two, subjects received multiple escalating doses of VNRX-7145 for 10 days. There were no serious adverse events, and VNRX-7145 was well-tolerated up to the highest single or multiple doses administered, the company said. VNRX-7145 had excellent oral bioavailability, dose-proportional pharmacokinetics across the doses studied and readily achieved efficacy exposure targets identified in non-clinical studies.

Venatorx is continuing the development of VNRX-7145 with a Phase I drug-drug interaction  study, which will provide an initial assessment of the safety and pharmacokinetics of single and multiple doses of VNRX-7145 and ceftibuten, when co-administered. Top line results are expected during the fourth quarter of 2021.

Hope for Hepatitis B Sufferers

On another front, more than 250 million individuals chronically infected with chronic Hepatitis B Virus (HBV) worldwide are at risk from complications due to liver disease and liver cancer. Venatorx is developing VNRX-9945, a core protein allosteric modulator (CpAM), for the treatment of chronic HBV infection.

VNRX-9945 is a third-generation, highly potent dual-mechanism viral replication inhibitor with activity against both nucleocapsid assembly and formation of cccDNA. In preclinical studies, it demonstrated broad antiviral activity against multiple HBV genotypes in vitro and suppresses HBV DNA to below the lower limit of qualification in a mouse model of HBV infection.

In late June, Venatorx announced that the first patient was dosed in a Phase I clinical trial evaluating VNRX-9945, which will evaluate the safety and pharmacokinetics of single and multiple ascending doses of VNRX-9945, administered orally in healthy adult volunteers.

Concurrently, Venatorx is developing a novel class of non-beta-lactam molecules that kill bacteria by the same selective mechanism as beta-lactams, blocking cell wall synthesis via binding to the bacterial penicillin binding proteins (PBPs). These new molecules have been designed to be impervious to degradation by any beta-lactamases.

Acinetobacter baumannii (A. baumannii) is ranked as a “Priority 1: Critical” carbapenem resistant pathogen on the World Health Organization’s list of bacteria for which new antibiotics are urgently needed. A. baumannii is primarily associated with hospital-acquired infections and has become resistant to a large number of antibiotics, including carbapenems and third generation cephalosporins – the best-known available antibiotics for treating MDR bacteria.

In 2020, the National Institute of Allergy and Infectious Diseases awarded Venatorx $3.2 million to advance its novel series of PBP Inhibitors targeting MDR A. baumannii through Phase  I clinical testing. There is the potential to receive up to $44.2 million, if all project milestones are met.

Venatorx also is developing an oral penicillin-binding protein inhibitor (PBPi) to address the growing problem of resistance in Neisseria gonorrhoeae to the last resort antibiotic for outpatient use, ceftriaxone. Venatorx has identified non-beta-lactam transpeptidase inhibitors that are rapidly bactericidal, impervious to beta-lactamases, and show promising selective activity against gonococci, including both wild-type strains and isolates with PBP variants that confer ceftriaxone resistance.

In 2019, the Combating Antibiotic Resistant Bacteria Biopharmaceutical Accelerator (CARB-X) awarded Venatorx up to $4.1 million in non-dilutive funding, with the possibility of up to an additional $8.9 million if certain project milestones are met. CARB-X funding will help Venatorx progress these early molecules from hit-to-lead through IND-enabling studies.

“Normally an unmet medical need is confronted by big pharma,” noted Burns. “But for antibiotics specifically, today's reimbursement rates effectively penalize physicians and hospitals for prescribing newer, more advanced antibiotics. Thus, pharma sees that the revenue and profit from investing 5 to 10 years to develop a new antibiotic will not yield a return on the investment, and have largely moved to the sidelines.

“An improved economic model is needed,” he continued, “one that incentivizes and supports antibiotic innovation and ensures that medicines are available when needed and new drugs are constantly in the pipeline.

“There are two obvious solutions that policymakers could implement with the stroke of a pen,” he said.  “Pass the PASTEUR Act, a government subscription plan that incentivizes and rewards the small innovative biotech companies for investing years of blood, sweat and tears to solve this societal problem; and pass the DISARM Act (Developing an Innovative Strategy for Antimicrobial Resistant Microorganisms Act)  or an equivalent, that removes the economic noose from around the neck of physicians and hospitals when they want to prescribe a life-saving new antibiotic but are currently dissuaded.”