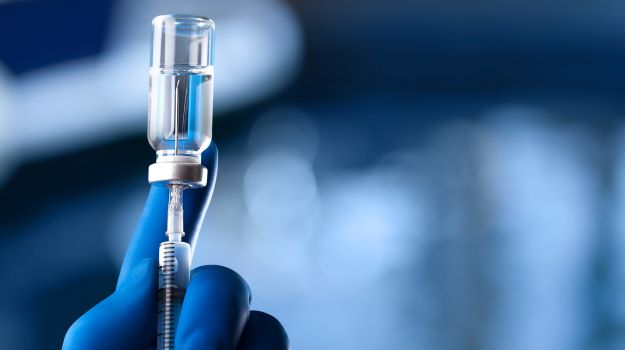 On Wednesday, President Biden announced that the U.S. will reach his goal of getting 200 million shots into arms before his 100th day in office. Despite these milestones, cases are still rising at an alarming rate in many regions, sparking fears of a fourth wave among public health experts.

According to the Centers for Disease Control and Prevention (CDC) COVID Data Tracker, 40.9% of the overall U.S. population has received their first jab. That number rises to 80.7% among senior citizens 65 years and above, with 66% of this subgroup being fully vaccinated.

So what is the reason for the disconnect?

“The vaccines are not yet at the level where they can make a substantial impact on transmission in the population,” said Dr. Nigel Paneth, MD, MPH, a professor of Epidemiology & Biostatistics and Pediatrics & Human Development at Michigan State University. “The largest fraction of people vaccinated are the elderly, people over 65, but a lot of those people are not contributing anywhere near as much to the transmission in the population. Younger people move around more, and they’re modestly vaccinated.”

Possibly due to the two-thirds of seniors now fully vaccinated, deaths from the coronavirus have fallen to an average of 700 per day from a peak of 3,500.

In addition, the rapid acceleration of the vaccine rollout could be causing a kind of paradox.

“Perhaps with the promise of the vaccines, a lot of relaxation has taken place, both at the individual level and at the governmental level. It’s not hard to find especially young people wandering around without masks or getting together in large numbers,” said Paneth.

As for Michigan, Paneth’s home state and currently the epicenter of the COVID-19 crisis, he suggested that the culprit is a perfect storm of the above, along with a side of politics.

“Unfortunately, our state has a difficulty in that the Republicans control the statehouse and Senate, and they’re basically holding the governor, who is a democrat, hostage, saying she’s not going to get any public health funds if she imposes public health measures at a community level. The Supreme Court, also with a Republican majority, said that the government doesn’t have the authority to authorize closedowns,” stated Paneth.

Summer is upon us, and after being in fluctuating states of lockdown for more than a year, travel is becoming more and more appealing.

However, this week, the U.S. State Department issued Level 4 “Do Not Travel” advisories for more than 115 countries, including Canada, Mexico, and the UK. This is more than triple the number of nations previously on the list. This guidance is largely echoed by the CDC’s updated list, which warns against travel to these locations even for fully vaccinated individuals who could contract and spread the virus.

“Variants are really a function of replication, and in areas of the world where there’s minimal vaccination, the virus is replicating and infecting at a very high rate,” said Baktari, a triple board-certified physician in internal medicine, pulmonary and critical care medicine. “The more we let the virus replicate, it’s a math game. I think the warning is: The more you go to endemic areas where a very low percentage of the population is vaccinated, the more chances you have of running into a variant that the vaccine doesn’t cover, or your immunity from a previous COVID infection doesn’t help.”

So, just when will we hit a tipping point in the battle of vaccine versus virus, or variants?

“A lot of people think we’re going to hit a wall in relation to vaccination. I’ve heard estimates that when we get to around 60% vaccinated, we won’t have any takers left,” said Paneth. “I hope it’s more than 60% because if that’s all we can manage, the tail of the epidemic will keep going and we’ll continue to have disease. It will take a lot more people to be vaccinated before we can wipe this out.”

Baktari put the magic number at around 80% of the population.

“If you equate ‘back-to-normal' with herd immunity, that’s really the issue. Herd immunity is, at its simplest form, a mathematics equation. We know from other viruses that when we approach 70-80% of the population having immunity toward a particular virus, that we achieve some level of herd immunity,” he said.

According to CDC estimates, between February and December 2020, there had already been 83 million cases of COVID-19 in the U.S, while the current official total stands at 31.6 million.

“If you look at 25% of the population in the US already being fully vaccinated, when you add those two numbers, you can make the argument that the majority of the United States has immunity currently,” said Baktari.

For Baktari, two important questions remain to be answered.

“One: Are we ever going to get a variant that the three vaccines approved in the U.S. don’t cover? Number two: Nobody really knows when the immunity you get from either the vaccine or from being infected, peters out. Those are the two curveballs,” he said.

On a positive note, mRNA technology looks ready to come to the rescue again.

“Moderna and Pfizer have already created boosters toward the South African variant and some of these other variants, and they’re literally ready to go,” Baktari said. “With the mRNA technology, they can literally create a new version of the vaccine in 48 hours once they get the genetic sequence of these variants.”