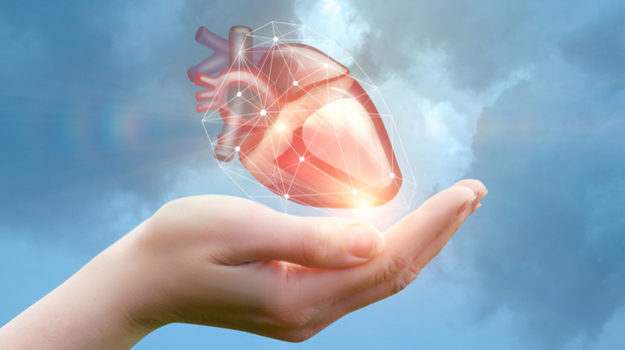 Carbon nanotubes are a type of nanomaterials made up of a two-dimensional lattice of carbon atoms. Researchers at Texas Heart Institute (THI) recently used bio-compatible nanotubes invented at Rice University to restore electrical function to damaged hearts.

“Instead of shocking and defibrillating, we are actually correcting diseased conduction of the largest major pumping chamber of the heart by creating a bridge to bypass and conduct over a scarred area of a damaged heart,” stated Mehdi Razavi, a cardiologist and director of Electrophysiology Clinical Research and Innovations at THI. Razavi co-led the study with Matteo Pasquali, a chemical and biomolecular engineer at Rice University.

Razavi added, “Today there is no technology that treats the underlying cause of the No. 1 cause of sudden death, ventricular arrhythmias. These arrhythmias are caused by the disorganized firing of impulses from the heart’s lower chambers and are challenging to treat in patients after a heart attack or with scarred heart tissue due to such other conditions as congestive heart failure or dilated cardiomyopathy.”

Pasquali invented the fibers in 2013. The first fibers were a quarter the width of a human hair but held tens of millions of microscopic nanotubes. Research is also being conducted using the nanotubes for electrical interfaces with the brain, for cochlear implants, and as antennae for automotive and aerospace applications.

The new research, published in the journal Circulation: Arrhythmia and Electrophysiology, showed that the nanotubes worked in restoring function to the heart in laboratory animals, and they worked with or without a pacemaker. In the lab rats, the electrical signal conduction disappeared when the fibers were removed.

“The reestablishment of cardiac conduction with carbon nanotube fibers has the potential to revolutionize therapy for cardiac electrical disturbances, one of the most common causes of death in the United States,” stated co-lead author Mark McCauley, formerly a postdoctoral fellow at THI. He is now an assistant professor of clinical medicine at the University of Illinois College of Medicine.

Before they can move into human testing, they will need to figure out a way to sew the fibers in place with a catheter and ensure the fibers are strong and flexible enough to withstand the wear-and-tear of a beating heart over the long term. They will also need to figure out what size nanotubes are most effective and safe, how much electricity they carry, and how they will adapt to growing hearts in younger patients.

“Flexibility is important because the heart is continuously pulsating and moving, so anything that’s attached to the heart’s surface is going to be deformed and flexed,” Pasquali noted.

Although there are a number of effective drugs on the market to treat heart arrhythmias, they are often not usable after a patient has a heart attack. This research may, in time, lead to non-pharmaceutical approaches, although there is quite a bit of work to be done before getting to that point.

“In the past, multiple materials had to be combined to attain both electrical conductivity and effective contacts,” Pasquali stated. “These fibers have both properties built in by design, which greatly simplifies device construction and lowers risks of long-term failure due to delamination of multiple layers or coatings.”