Untangling the Body’s Smart Sensors: What RNA Binding Proteins Can Tell Us About Gene Regulation 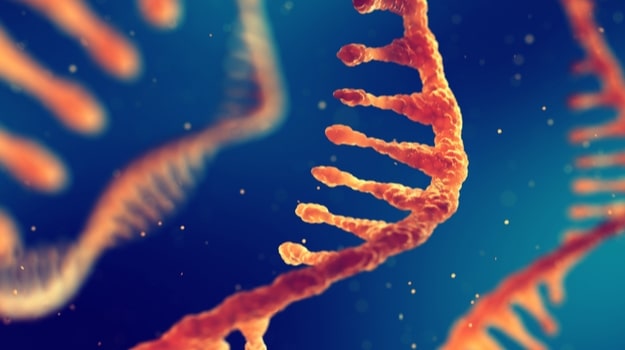 Can you imagine organizing more than 10 terabytes of data into a useful network of information, like creating Google maps from scratch? I certainly can’t, but Eclipse BioInnovations, a San Diego-based biotech start-up, is aiming to do just that for RNA therapeutics.

Researchers at the University of California San Diego, who are also Eclipse co-founders, captured a high-resolution picture of the inner workings of gene regulation. They created the largest maps of the network of RNA binding proteins, the RNA sequences they bind to, and what the proteins do. The better resolution the map, the more researchers understand.

“By identifying where all the RNA binding proteins sit, the floodgates start to open for describing how RNA biology is modulated,” said Gene Yeo, Ph.D., MBA, Professor of Cellular and Molecular Medicine at UC San Diego and co-founder of Eclipse. “From a drug development perspective, we’ve laid out the largest landscape to date of almost 360 RNA binding proteins.”

This effort was a part of a larger National Institutes of Health (NIH)-funded project, called the Encyclopedia of DNA Elements (ENCODE), which is a collective effort between researchers to fully characterize the functional parts of the human and mouse genomes.

BioSpace spoke with Yeo and Peter Chu, Ph.D., CEO and co-founder of Eclipse, about what they have learned about RNA binding proteins, their technology platform, and what their map means for RNA therapeutics.

RNA binding proteins do exactly what they sound like – they bind to certain sequences of RNA. What they do once they bind is highly varied, but the job of RNA binding proteins is to regulate RNA biology in some way, like preventing a bit of RNA from being read (blocking protein production), or increasing the amount of an RNA sequence.

RNA (ribonucleic acid) is often thought of as the middleman between the information stored in our DNA and the body’s molecular machines (proteins). There are many types of RNA, each performing their own function to keep cells chugging along. RNA needs a little help from its protein friends to perform its tasks, which is where RNA binding proteins come in. 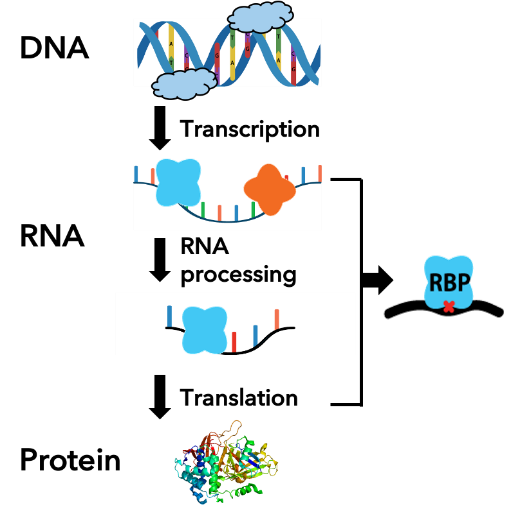 There are over 2,000 predicted RNA binding proteins. As that number continues to grow, researchers are racing to understand how these proteins interact with RNA, what these proteins do, and how they all fit into the bigger RNA biology picture.

“The majority of all protein targets in the genome are undruggable – RNA therapeutics can address this problem by targeting RNA instead of proteins,” Yeo explained. “It’s important to understand how to best target these RNA species, the landscape of how they are processed, and to identify places in RNA that are accessible for either a small molecule or antisense oligonucleotide to bind.”

But how exactly do you create an RNA binding protein map in the first place?

Eclipse’s platform is based off a technology developed by Yeo’s lab called enhanced crosslinking and immunoprecipitation followed by sequencing (eCLIP), which allows researchers to match an RNA binding protein to the RNA sequences it binds to. This gives them a glimpse into the life of each protein – Where does it bind the RNA? What does it do? What happens when the protein isn’t bound to the RNA?

“A decade ago, this study would not have been feasible because the existing methods were fraught with technical difficulties and were not very robust or easy to perform,” said Yeo. “Since our 2016 paper was published, the field has taken a sharp, positive trajectory – the method is now easy to use, robust, and has the proper controls.”

To understand what is going on in a cell at an RNA-level, ultraviolet (UV) light is shined onto a sample of cells or tissue. The UV light crosslinks molecules in the sample, fusing a protein to the RNA it is bound to.

Once the proteins are stuck to their RNA, the exposed, unbound RNA is chopped up using enzymes – only the RNA bound to proteins are left in the sample. To pull out a specific protein/RNA pair, an antibody that recognizes that specific protein is added to the sample – the antibody binds to the protein, acting as a handle that can be fished out of solution by a process called immunoprecipitation.

Basically, the base of the antibody is attached to a bead with the antibody’s ‘arms’ reaching out to latch onto its protein partner. Once the protein is grabbed by the antibody, the beads can be separated from the rest of the liquid solution, isolating the desired protein/RNA pair.

The protein can then be removed from the RNA and the newly ‘naked’ RNA is sequenced. The resulting RNA sequences tell researchers where that certain protein binds.

“You can think of it as a Google map where you’re looking for all the nearby CVS stores – each CVS store is a specific RNA binding protein and the street is the RNA sequence,” explained Yeo.

This whole process takes 4-5 days, depending on the type of sample being analyzed and type of sequencing being done. “You go from sample to data in one assay,” Yeo added.

The eCLIP technology can also be used to sleuth out RNA modifications, such as the N6-methyladenosine (m6A) modification particularly prevalent in cancers. Their chimeric eCLIP platform can be used to “identify siRNA off-target binding effects and for studying microRNA and mRNA binding,” Chu added.

The major catch for this technology is you must have an antibody that can bind tightly to the protein you’re interested in. So, how do you generate a large map of RNA binding proteins? You start with lots of well understood antibodies.

From 2014 to 2016, Yeo’s lab worked with antibody companies to identify and characterize almost 400 human RNA binding protein antibodies, making sure they both bound to the desired protein and could be successfully used with the eCLIP assay.

They spent the last four years using these antibodies to fish out the matching 356 RNA binding proteins, identifying the RNA sequences each protein binds to in two commonly used cell lines (K562, a leukemia cell line, and HepG2, a liver cancer cell line). After generating a massive amount of data, Yeo’s lab sifted through it to start drawing the complex binding map for each protein.

“Data is not results; the interpretation of data is results,” Yeo commented. “When you have large data sets, it is really a data science problem, but that data science must be inspired by biology.”

“There is a lot of data processing on the back end that tends to get overlooked, some really amazing computational biology that we also use at Eclipse for RNA therapeutics clients,” Chu added.

Some results surprised Yeo: the ability of proteins to bind to many RNA sequences, including their own RNA sequence; finding new proteins that interact with mitochondrial RNA; and identifying unexpected places where the proteins localize in the cell.

“There is a network of interactions – the diversity of RNA substrates was much higher than we had originally thought,” added Yeo. “I guess everything is always more complicated when we look under the hood.”

Just knowing where each RNA binding protein binds is not sufficient for biology – researchers need to understand what the protein is doing, how it is regulating the RNA. To answer those questions, Yeo’s lab collaborated with academic groups led by Brenton Graveley (University of Connecticut Health Systems), Christopher Burge (MIT), Xiang-dong Fu (UC San Diego), and Eric Leucyer (University of Montreal). Each lab ran an orthogonal assay to provide more data and enhance the interpretability of the RNA binding protein maps.

“We asked what happens to the RNA when the protein is gone – that would tell us a little bit more about what the protein is doing, not just where it is binding,” Yeo added. “This Nature paper is a landmark study building the foundation of how RNA binding proteins interact with RNA.”

While this is an exciting breakthrough for the RNA biology field, there is still so much to learn in the growing area.

“I could come up with a very long list of opportunities right now,” Yeo mused. “Do these binding proteins recognize floppy RNA or RNAs in a particular conformation? We also want to have higher resolution data to identify RNA targets in single cells or with high spatial resolution in tissues.”

Generating large-scale, detailed maps like Yeo’s is the first step towards developing medicines that can regulate RNA and RNA binding proteins, offering a new frontier of RNA therapeutics for diseases.