The Next Biotech 'Unicorn,' Ginkgo Bioworks, Just Nabbed Another $275M 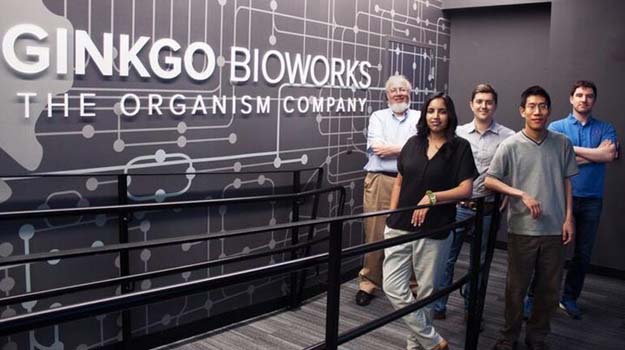 Ginkgo Bioworks, recently recognized by Forbes as one of 25 U.S. companies likely to hit a valuation of $1 billion or more, is well on its way. Today, the company announced a Series D financing round worth $275 million in support of the opening of Bioworks3, its third foundry for engineering microorganisms.

The Series D had support from all previous investors, including Viking Global, Y Combinator’s Continuity Fund, and Cascade Investment, which is the private investment vehicle of William H. Gates III. New investors included General Atlantic. The latest round brings the company’s total funding to $429 million.

Calling itself “The Organism Company,” Ginkgo engineers bacteria and other microbes for commercial uses. It has three primary areas: cultured ingredients, which are used in perfumes, food and cosmetics; strain improvement, where fermentation is used in bioindustrial applications and the company engineers the strains to improve efficiency and yield; and enzymes, which are used in a number of applications that range from cheesemaking to pharmaceuticals to stonewashed jeans.

In September, Ginkgo announced a partnership with Bayer AG and Viking Global Investors to invest $100 million in an agricultural-focused microbe company. It will focus on plant-based microbes, especially developing ways that microbes help plants and soil assimilate nitrogen.

“We believe in the power of biology as a better way to make things, and we founded Ginkgo to make biology easier to engineer,” said Jason Kelly, Ginkgo’s chief executive officer, in a statement. “DNA is the code that will drive the next technological revolution, the way that digital code drove the revolution in information technology in the last half century. But unlike digital code, DNA code powers us—it is our food, our medicine, and increasingly, our technology. Our foundries are a platform that enable our partners to tap into the power of biology.”

Bioworks3 and the new money raised will be used to push into new markets and to scale current projects. The company heavily focuses on automating processes that are generally manual.

This year has marketed significant expansion for the company. It acquired Gen9, a printer of synthetic DNA. It’s launched its joint venture with Bayer AG for agricultural applications. It developed partnerships for food processing enzymes with Swissaustral and Kerry. And it partnered with Synlogic to enter the pharma industry. In addition, it reported a big supply agreement expansion, acquiring one billion base pairs of synthetic DNA from Twist Bioscience.

“We believe that Ginkgo’s outstanding team, technology, and business model position it well for continued growth,” said Michelle Dipp, General Atlantic’s managing director, in a statement. “We look forward to working closely with Jason and the entire Ginkgo team to support the company’s expansion into new industries and global markets.”

Ginkgo is definitely growing, but it has its competitors. The Bayer joint project will go head-to-head with Indigo Agriculture, also out of Boston. Nanalyze recently wrote, that Indigo, “just closed the second half of a $203 million Series D this month to bring its war chest to $359 million and a $1.4 billion valuation, probably close to where Ginkgo would sit if the Series D financing comes through.”

Zymergen is a big player in the field, and another is Synthetic Genomics, a startup whose co-founder is Craig Venter, best known for the race to beat the Human Genome Project. Another is London-based Synthace.