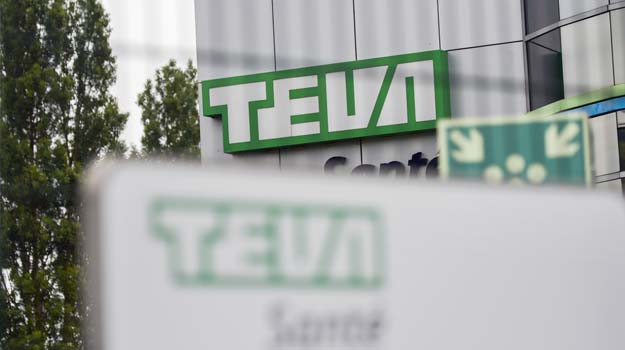 Teva Pharmaceuticals pulled the trigger on a comprehensive restructuring plan that includes the elimination of 25 percent of the company’s global workforce, about 14,000 employees. The move is expected to save the company $3 billion by the end of 2019.

The cuts will be made over the next two years, with the majority of them expected to be made in 2018, Chief Executive Officer Kåre Schultz told employees in an email. In an effort to be transparent and unambiguous, Schultz said most employees who will be affected by the cuts will be notified within the next 90 days.

“We will work closely with employee representatives and unions around the world throughout the process, and all restructuring efforts will be done in accordance with applicable local requirements,” Schultz said in the email.

While the cuts may seem drastic to some particularly since it’s higher than the initially expected 10,000 cuts, investors in Teva seem overjoyed. Share prices were up more than 17.5 percent in premarket trading to $18.45. Investors have been concerned over the company’s massive debt load of about $35 billion.

The job cuts are not the only elements of the restructuring plan. In addition, Teva said it will close or divest a “significant number of R&D facilities, headquarters and other office locations across all geographies.” That will help the company achieve its goal of efficiency and substantial cost savings, the company said.

For weeks, observers have expected Schultz to announce the job cuts and divestments. Before reshaping the company as a whole, he reshaped his leadership team to address what was called “external pressures” and “internal inefficiencies.” The company said the new structure will reduce “layers of management” and simplify business structures and processes across company operations.

“We are taking immediate and decisive actions to reduce our cost base across our global business and become a more efficient and profitable company,” Schultz said in a statement this morning.

Teva said the restructuring plan is intended to reduce Teva's total cost base by $3 billion by the end of 2019. The company’s estimated cost base for 2017 is $16.1 billion. Teva said it anticipates a restructuring charge of at least $700 million in 2018. Those charges are mainly related to severance costs, with additional charges possible following decisions on closures or divestments of manufacturing plants, R&D facilities, headquarters and other office locations, the company said.

The announcement also points to a blending of the company’s generics and specialty pharma business. This will be done to prioritize core projects while maintaining a substantial pipeline, the company said. Additionally, Teva said it is looking at a substantial optimization of the company’s generics portfolio globally, but specifically for the United States, where sales have been down. The optimization will come through price adjustments and/or product discontinuation, the company said.

While some employees face the bitter pill of losing their job, Schultz said because the company’s financial position is unsteady, annual bonuses will not be paid for 2017. Dividends on ordinary shares of stock will also be suspended, the company said.

"These are decisions I don't take lightly but they are necessary to secure Teva's future. We will implement these changes with fairness and the utmost respect for our colleagues worldwide. Today's announcement is about positioning Teva for a sustainable future which we will achieve with our talented people. We will ensure that we continue to provide high quality medicines to the many patients we serve every day, while adhering to the highest standards of GMP compliance,” Schultz said.

While the cuts and reorganization are bleak reports, Schultz did point to a few bright spots for the company, specifically in its pipeline. He said next year the company expects to “secure the successful launches of Austedo and fremanezumab." Austedo was approved by the U.S. Food and Drug Administration in April as a treatment for chorea associated with Huntington’s disease. Fremanezumab is the company’s CGRP migraine medicine.

Teva said it will provide full guidance for 2018 in February and will share a longer-term strategic direction for the company later in 2018.