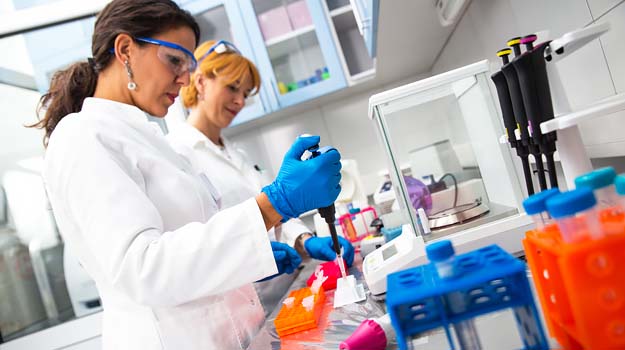 Inscripta, the company formerly known as Muse Biotechnologies, is ensuring that people will remember the name of the company by giving away a CRISPR enzyme for free.

In its announcement, Inscripta called the plan a “huge step forward for innovation” in the highly competitive gene-editing field. Inscripta’s enzyme, called MAD7, will be free for any researcher to use, the company announced on Wednesday.

“Gene-editing opens up huge possibilities for advances in how we feed, fuel, and heal humanity. Yet for too long, commercial access to CRISPR enzymes has been controlled by the technology transfer arms of a few major research institutions, which have restricted access with prohibitive terms of use,” Inscripta Chief Executive Officer Kevin Ness said in a statement. “Today, Inscripta is liberating the scientific community, giving them a clear path to pursue new research and discoveries using MAD7, and sparking innovations across biotechnology.”

CRISPR refers to Clustered Regularly Interspaced Short Palindromic Repeats that occur in the genome of certain bacteria, from which the system was discovered. CRISPR has applications in multiple indications, including treating disease as well as agricultural uses.

Giving away the enzyme for free is a move that is in stark contrast to the pitched legal battles over who owns the patents for Cas9, another CRISPR enzyme. Cas9 is a CRISPR-associated endonuclease (an enzyme) known to act as the "molecular scissors" that cut and edit, or correct, disease-associated DNA in a cell. CRISPR, Editas Medicine and Intellia are companies using Cas9 to develop therapies for various illnesses.

Inscripta’s MAD7 is an early release from a family of novel RNA-guided nucleases, the company said. MAD7 is part of the Madagascar family of enzymes, dubbed MADzymes. The MAD7 enzyme has been used to alter the DNA of E. coli, a bacteria, and S. cerevisiae, a particular type of yeast. By releasing MAD7 broadly at this early stage, Inscripta believes that it will “catalyze the testing, improvement, and adoption of MAD7 and expedite the development of the MADzyme family for the benefit of researchers worldwide.”

By releasing MAD7 to the world and making it available for free, the company believes it will drive innovation in genome editing.

It will be available to researchers with no up-front licensing fees or onerous “reach through royalties” on products made using this technology, the company said. However the company did note that if a company or organization wants to use MAD7 for non-R&D uses, which it said would include manufacturing, inclusion of the enzyme in therapeutics, or for resale, then Inscripta will charge a “low, single-digit royalty,” which it said is far below the standard industry terms.

While Inscripta is giving away the enzyme, the company noted that it is also developing gene-editing technology tools, such as software, instruments and reagents, which will be available to assist researchers with their work.