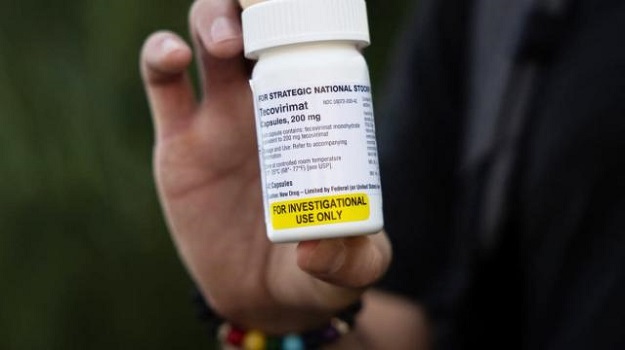 To deal with the rapidly rising monkeypox cases in the country, experts from United States health regulatory agencies have announced plans to conduct a clinical trial to more thoroughly assess the safety and efficacy of TPOXX (tecovirimat) as an antiviral in patients with monkeypox.

TPOXX, developed by the New York-based pharma firm SIGA Technologies, is already approved for use in humans—but only as a treatment for smallpox. The U.S. Food and Drug Administration (FDA) has yet to give it the greenlight for monkeypox. Instead, patients and their doctors have to go through a stringent and cumbersome “compassionate use” process before the drug can be dispensed. Not many doctors are willing to jump through these hoops, and as a result, very few patients have received TPOXX.

According to a CNN report, as of July 22, TPOXX has been administered to over 223 patients, way below the more than 5,000 confirmed or probable infections at the time. As of this writing, there are 6,617 confirmed monkeypox cases across the country.

FDA approval would quickly get the TPOXX pills to those who need them the most. Supply wouldn’t be an issue, either, as before the current outbreak, the U.S. Strategic National Stockpile had some 1.7 million available courses of the drug.

Patients, health advocates and even physicians have expressed frustration at how the drug, despite being available and abundant, continues to be inaccessible. The situation is even more frustrating since TPOXX can already be used to treat monkeypox in other jurisdictions. The European Union gave the drug its nod in January this year, and the U.K. followed suit in July.

In an article published Wednesday in The New England Journal of Medicine, regulatory experts stood by their decision to still require a clinical trial before approval in the U.S. The authors are from the National Institute of Allergy & Infectious Diseases, the Centers for Disease Control and Prevention and the FDA.

When TPOXX was approved for smallpox in 2018, the disease had virtually been eradicated. And even if it hadn’t been, smallpox is such a severe and lethal condition that there would be no ethical way to conduct human trials.

Things are different for monkeypox, the NEJM authors argued: Human trials for monkeypox are not only ethical and feasible but would also be for the best, according to them. Instead of basing safety and efficacy data on animal models, human studies will allow for a more accurate, true-to-life estimation of the drug’s performance.

The exact details of the trial—such as its specific design, planned doses and a more fleshed-out schedule—remain hazy as of the moment. But Phillip Gomez, CEO of SIGA, told BioSpace that “[r]egarding the timeline for the randomized clinical trial, SIGA is working closely with NIAID and it is anticipated that the study will start within weeks.”

Gomez adds that SIGA is also working with various governments who want to secure their national stockpiles of TPOXX, even ahead of regulatory clearance.

In the meantime, however, patients have little choice other than to wait for the trials to complete—or to try their luck (and persistence) at the FDA’s compassionate use system. In this regard, at least, regulatory agencies recognize that some of their requirements may be excessive and have been working to streamline the application process by reducing the amount of data and paperwork needed.

Agencies say that they will continue to accept feedback from healthcare providers and make process adjustments as needed.