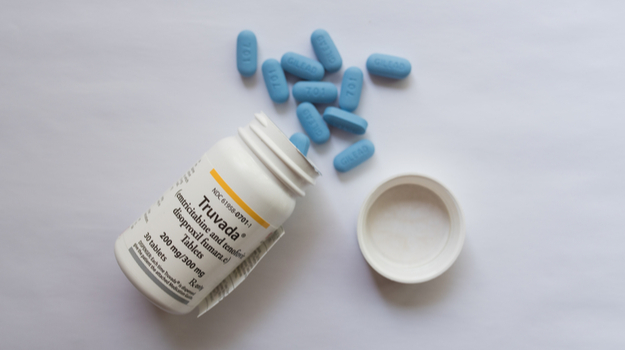 The Trump administration, via the Department of Health and Human Services (HHS), filed a lawsuit against Gilead Sciences over Truvada for HIV prevention.

In April, a Centers for Disease Control and Prevention (CDC) scientist, Thomas Folks, reported that the U.S. Department of Justice (DOJ) was reviewing a government patent for HIV. Folks indicated that an attorney with the DOJ visited the CDC in Atlanta on April 16 in order to question government researchers who were involved in the use of the HIV drug Truvada for the prevention of HIV infection. Folks retired from the CDC in 2007 and participated in one of the meetings via telephone to help explain the research his team made 15 years ago.

Gilead argues that the government’s 2015 patent for Truvada is invalid. The case revolves around Truvada for PrEP, which is use of the drug for HIV prevention. The patents are held by the CDC, which partially funded academic research into HIV prevention that was part of the building blocks for Gilead’s Truvada and Descovy. HHS is alleging that Gilead refused a licensing deal despite “multiple attempts” to negotiate one.

“HHS recognizes Gilead’s role in selling Truvada and Descovy to patients for prevention of HIV,” stated HHS Secretary Alex Azar. “Communities have put these drugs to use in saving lives and reducing the spread of HIV. However, Gilead must respect the U.S. patent system, the groundbreaking work by CDC researchers, and the substantial taxpayer contributions to the development of these drugs. The complaint filed today seeks to ensure that they do.”

PrEP stands for pre-exposure prophylaxis. The drug, for that indication, runs about $1,750 a month, or $21,100 a year. When the drug was first approved in 2004 for HIV, the wholesale cost was $650 for a month’s supply. The approval for preventive use was approved in 2012, and the price climbed to $1.159 per month. Gilead has argued that the pricing supported new research.

On February 5, the Trump administration proposed a plan to eradicate HIV in the U.S. by 2030. Truvada for PrEP would likely be a part of the plan. It has been noted, however, that the Trump administration’s previous policies generally threatened to cut funding to HIV research and programs, including the President’s Emergency Plan for AIDS Relief (PEPFAR).

HHS stated that Gilead had “willfully and deliberately induced infringement of the HHS patents.” As a result, “Gilead has profited from research funded by hundreds of millions of taxpayer dollars and reaped billions from PrEP,” through the sale of Truvada and Descovy.

In the spring, Gilead donated enough of the drugs to provide up to 200,000 patients treatment for the next           11 years. Generic versions of Truvada will hit the market in the fall of 2020. However, last year Truvada brought in $3 billion in sales.

Gilead has challenged the U.S. government patents, requesting the U.S. Patent and Trademark Office to evaluate the patents. Gilead claims that clinicians were already broadly discussing the use of Truvada for prevention of HIV infection before the government filed its patent claim in 2006. A British researcher, Michael Youle, in a sworn statement included in the Gilead filing at the time, said he publicly stated in 2002 that these antiviral drugs could be used to prevent HIV infection.

AIDS activists have argued that the patents would allow the government to collect royalties from Gilead, which would then be used to fight the virus. They also argue that speculation is not the same thing as invention, although that may get battered in a showdown over the finer points of patent law, which made a change from first-to-file to first-to-invent. The U.S. had a first-to-invent system until it shifted to first-to-file in 2013.

In an April statement, Gilead patent attorney Patricia Thayer told The Washington Post, “That was already known in the public domain, and you can’t take that back.”

Gilead has yet to issue a statement about the new lawsuits.

On August 21, Gilead stated, “We strongly believe that the patents granted to HHS since 2015 for PrEP and PEP are not valid. Published materials clearly show that well before HHS claims to have invented the concepts of PrEP and PEP in 2006, others had conceived of using an antiretroviral therapy, including Truvada (emtricitabine 200 mg and tenofovir disoproxil fumarate 300 mg tablets), for both forms of prophylaxis. For example, guidelines published in 2004 recommended administering combination antiretroviral—including Truvada—to certain categories of ‘high risk’ individuals before an HIV exposure, while the Center for Disease Control and Prevention’s own 2005 guidelines recommended Truvada for prophylaxis immediately after exposure.”