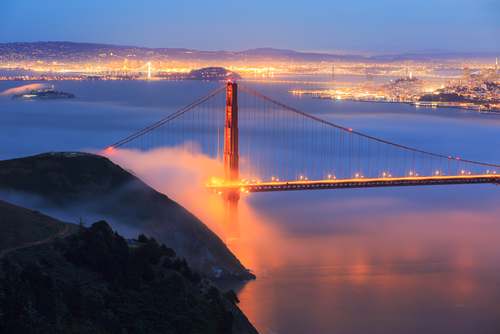 While you can find successful biotech and pharma organizations in virtually every major metropolitan area in the U.S., one of the simplest ways to increase your chances of landing a life science job is to go where there are higher concentrations of employers. BioSpace.com, a leading online life science community, refers to these areas as hotbeds—thriving clusters of industry employers located within specific geographic regions.

Note: Due to the various weights given to each factor, JLL and BioSpace.com rank some of these clusters/hotbeds differently.

It’s easy to see why life science job seekers open to relocation might want to consider approaching employers in these flourishing markets. Not only do more employers mean more opportunities can be found in these areas, but greater funding—whatever the source—can also increase hiring. Check out the chart below for a big picture view of these top-ranked cities—aggregating information from JLL’s report with other data of interest to job seekers such as housing opportunity (a measure of affordability based on average salary and home price), median home price and average commute time. 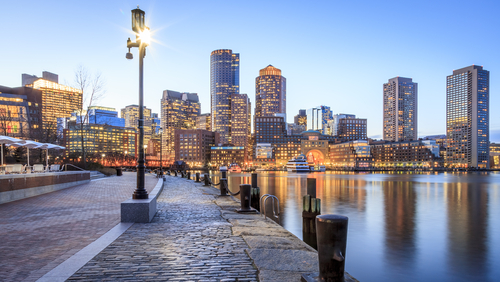 It’s no secret the Kendall Square area near Boston is one of the hottest pieces of real estate in the biotech and pharmaceutical industry. Boston is home to about 82,000 life science professionals and remains one of the world’s best places to find top-notch life science talent. “Massachusetts has the highest educated workforce in the United States. It ranks 1st in the nation in percentage of residents with a bachelors degree or higher,” said The Massachusetts Biotechnology Council in a statement. “Its elementary and secondary students perform best in the nation on national assessments.”

Massachusetts has a plethora of biotechnology, pharmaceutical and medical device companies. To name just a few, you will find Momenta Pharma, Biogen and Hologic. In an upcoming career event, professionals will have the opportunity to network in an open forum with peers, HR representatives, recruiters and hiring managers from firms like Regeneron and Radius Health.

The Massachusetts Biotechnology Council is an association of more than 650 biotechnology companies, universities, academic institutions and others dedicated to advancing cutting edge research. According to the council, there were 57,642 biopharma employees in Massachusetts in 2013 and the companies employing those workers are responsible for over $7.2 million of in-state payroll. 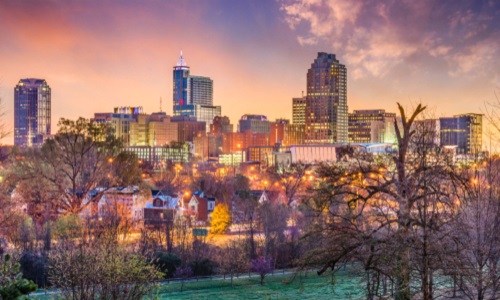 North Carolina’s biotech industry is quickly expanding.The Raleigh-Durham life sciences cluster is also known as the Research Triangle Region, due to the central location of the area's three leading research institutions: Duke University, North Carolina State and the University of North Carolina at Chapel Hill. Employment grew by nearly 18 percent from 2013 to 2014 according to the JLL report. By their definition of life science organization, the number of employers increased by nearly five percent in the last year.

“The San Francisco Bay Area is where it all began—it is the birthplace of the very first biotechnology company,” said Jim Greenwood, chief executive of BIO, in a statement. More than 63,000 professionals in the life science industry think of it as home.

The San Francisco area is the biotech hub to a multitude of prominent companies, such as Genentech, Merck & Co., and Gilead. Job seekers who want to mingle and network will be able to connect with other life science professionals and have on-site in-depth private interviews with employers like Ardelyx, Dynavax, Mendel Biological and Depomed, all of which have multiple job offerings on tap at Talent Connect. “We are growing, come join us!” Tim Flynn, the senior manager for talent acquisition at Depomed told BioSpace.

With hundreds of emerging life science firms calling San Francisco home, the BIO International Convention, the global event for biotechnology, will return to San Francisco, Calif. in 2016 at the Moscone Center. The event was previously held in San Francisco in 2004. 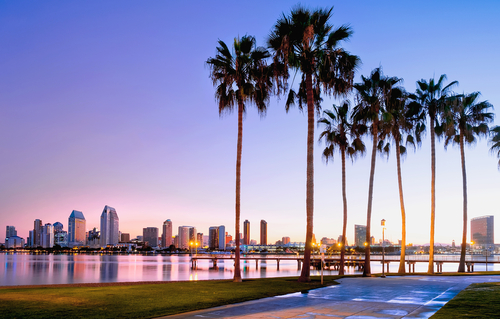 With a population of more than 1.3 million (the country's eighth-largest city), you can mix and mingle with people from all over the world, who, like you, have come to settle on the warm Pacific coast in San Diego. According to JLL, life sciences employment grew at a faster rate than total private employment: 3.6 percent compared to 2.7 percent over the last year.

Last month, Eli Lilly announced that it is expanding its Lilly Biotechnology Center in San Diego, increasing its space by 140 percent and staff by 70 percent. In December 2014, Illumina confirmed to BioSpace that it will add 300 manufacturing jobs as it expands its current space in San Diego’s University Towne Centre.

San Diego is home to many biotech, pharma and medical device companies. To list a few, you will find ACADIA, TRACON, NuVasive and Ajinomoto Althea. In the fall, job seekers are invited to attend a special event where they can be visible to potential employers and have the chance to speak directly with hiring managers in regards to specific openings. 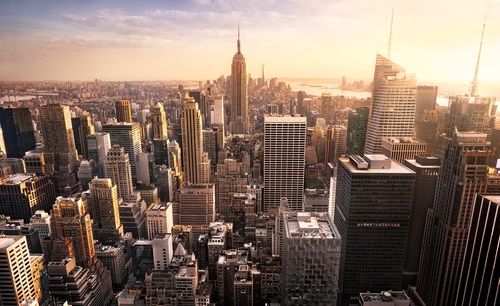 New York City (NYC) is the largest city in the United States. The area is spectacular for many reasons, from its high residential density and extraordinarily diverse population to its forest of skyscrapers and thriving central business district. It is an emerging life sciences center and home to about 14,000 life science professionals. In 2014, NYC received more than $1.5 billion in funding from the NIH and ranked second nationally in NIH investment across major cities.

Within New York, job seekers will find an array of biotech, pharma, and medical device companies including Regeneron, Forest Laboratories and VirtualScopics. Professionals are encouraged to attend the region's anticipated career event in November to connect with hundreds of professionals and speak directly with hiring managers. 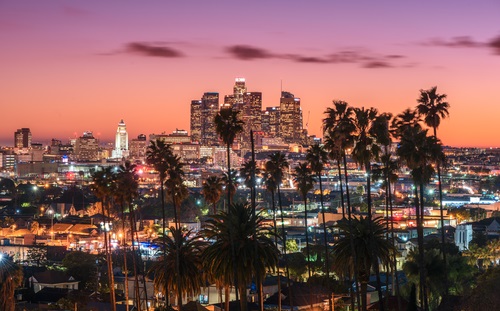 What could be more traditionally "sunny California" than Los Angeles, with 329 days of sunshine each year?

With metropolitan LA at more than twice the size of Switzerland, you can be sure there's plenty to explore. And if you have kids, what could be better in their estimation than having attractions like Disneyland and the Universal Studios theme park in your backyard?

As sprawling as Los Angeles is, so are the number of biotech, pharma, and medical device companies you can find there. In the region, you will find firms such as Spectrum Pharma,Zymo Research. and Cortex Pharma. The LA/OC life sciences industry employs more than 117,000 people, according to JLL.

In June, Fari Izadyar, chief scientific officer of PrimeGen Biotech, told BioSpace that the company will be hiring for its new VetCell unit in Santa Ana. Hiring plans have not been finalized, but the company's outlook is promising. It will be recruiting additions in sales, customer support and regulatory compliance areas in the next three to six months. These additions will be U.S.-based and require vet science and/or biology experience. Depending on business development results, further resources may be considered in 2016. 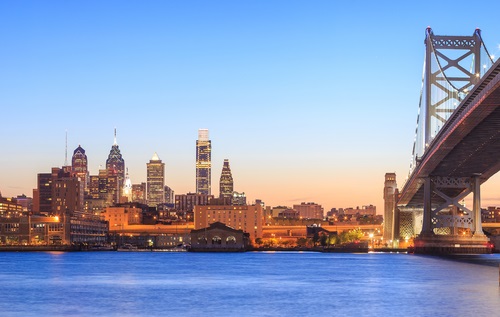 Philadelphia, Pa., The City of Brotherly Love, is the fifth-most-populous city in the U.S. With every Philly Cheesesteak you eat, you can get side orders of big city excitement, cultural diversity and history, and friendly hospitality.

The region has almost 100 hospitals and 90 colleges and universities that provide over 1,600 life sciences companies access to a deep pool of talent. Within this diverse location, you will find companies such as Novira, Adaptimmune, and Spark Therapeutics.

In June, GlaxoSmithKline announced plans to consolidate most of its R&D operations in North America, shifting much of it to Upper Providence, Penn., near Philadelphia. The changes are expected to be completed by the end of 2019 and will more than double its 1,500 employees in the Upper Providence site. 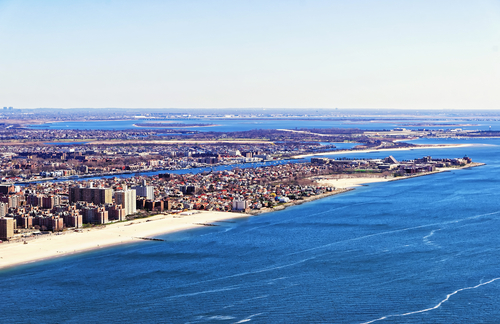 Many industry organizations include Long Island in their data when discussing NY area life science companies. It is home to over 29,000 science professionals. The Long Island Bioscience Hub (LIBH) fosters the development of therapeutics, preventatives, diagnostics, devices and research tools emerging from LIBH partner institutions that address diseases within the NIH’s mission.

The Long Island life sciences landscape will continue to grow as firms emerge from Cold Spring Harbor Lab in Nassau, as well as Stony Brook University and Brookhaven National Lab in Suffolk.


9. Minneapolis
Minneapolis and St. Paul are Minnesota's beautiful Twin Cities. The two cities go great together, so why separate them? The Twin Cities metro area features abundant shopping facilities, including the Mall of America, the nation's largest entertainment and retail complex.

The Twin Cities is home to about 44,000 professionals who have access to the state's wide variety of biotech, pharma and medical device companies. To name a few, you will find Upsher-Smith, Medtronic, and Bio-Techne. 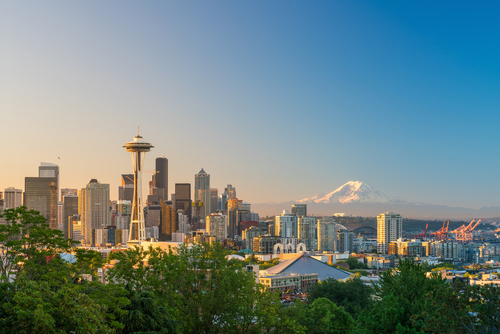 When you say the name Seattle, most people invariably think of coffee, grunge bands, or the Space Needle, the symbol of the 1962 World's Fair. But there is so much more to enjoy!

It’s also an attractive area for life science job seekers because the industry has exploded, with one of the largest increases in employment of all life sciences clusters, at 7.1 percent.

Four biotech firms are ramping up their hiring efforts and drawing hundreds of new employees to the Pacific Northwest’s pharmaceutical hub. Juno is hiring about 40 new positions, while Seattle Genetics has about 100 open positions. Adaptive Biotech and NanoString, which hired about 100 people last year, also announced they were hiring for a number of positions as well.