The Search for the Fountain of Longevity, not Youth 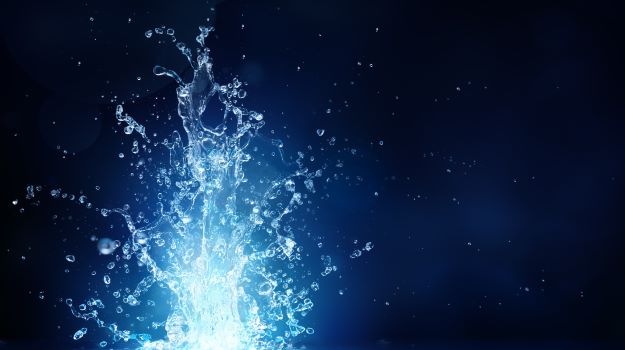 In total, about $2 billion in venture capital was invested in pharmaceutical companies focused on anti-aging therapies in 2021, according to Longevity Technology. Let’s take a deep dive into what they’re trying to reverse.

Humans are living longer than ever before and the world is experiencing unprecedented population growth. By 2030, 1 in 6 people globally will be over 60 years old and by 2050, this will double.

This trend started in high-income countries such as Japan, where 30% of the population is already over 60. Now, due to a reduction in infectious diseases, improvements in public health efforts, medical technologies and standards of hygiene, it is being observed in developing countries as well.

The number of centenarians – a person who has reached or surpassed the age of 100 - is also expected to grow substantially in the 21st century. In 2012, the United Nations estimated there were 316,600 living centenarians worldwide.

For decades, scientists believed centenarians may have specific genes that protect them from disease into old age. When researchers tried to leverage this to find the key to living longer, healthier lives, they made a surprising discovery: some of the oldest individuals have a history of obesity or heavy smoking but most remain healthy until the end of their lives.

Scientists predict that 70-80% of exceptional longevity can be attributed to the environment while 20-30% is due to genetics. One recent study appears to contradict this.

Graham Ruby, a computational biologist at Calico Labs, together with Ancestry.com, began a study of more than 54 million families and 400 million people. The study indicated that the heritability of lifespan appears to be much lower than previously reported - as low as 7%.

This would indicate we all have a chance to live longer if we take care of ourselves. Furthermore, it is now known that there is a fine balance between maintaining immune system function and longevity.

The Disruptive Power of Immunosenescence

As with all tissues and organs, the immune system is affected by age. This process, immunosenescence, refers to the decreased ability of immune cells to mount an effective response to pathogens or genetic defects such as cancer.

Studies have demonstrated that members of families with exceptional longevity have improved immune function, which likely contributes to the increased life- and health span. For instance, a Dutch cohort of individuals enriched for familial longevity was found to exhibit fewer signs of immunosenescence compared to controls.

Immunosenescence also functions as an accelerator for other age-related pathologies.

The immune system is divided into two arms: innate and adaptive. The innate immune system is the first line of defense. It provides fast and effective immune responses but lacks discriminative power and long-term memory.

The adaptive immune system precisely recognizes pathogens and malignancies and can remember previously encountered antigens. One type of adaptive immune system cell is the T lymphocyte or T cell. These T cells have the highest proliferative potential in the body and, with a survival span of several decades, are subject to immunosenescence.

Research has shown that older T cells are less efficient at a process called autophagy, which is when cellular components are degraded and reused/repurposed. In T-cells, autophagy has essential roles in modulating protein and organelle homeostasis and in the regulation of activation-induced responses.

In a 2017 study of centenarians, CD4+ T-cells isolated from the offspring of parents with exceptional longevity showed improved autophagic activity compared with age-matched controls. Autophagy, and in turn immune function of T-cells, was better maintained in centenarians.

This implies that individuals may be less capable of fighting future pathogens like influenza, or that these unsettled immune systems could lead to an increase in diabetes and other auto-immune diseases.

Furthermore, research suggests COVID-19 patients may have lower numbers of naïve T-cells than non-infected individuals. Naïve cells are cells that have not yet responded to infection. Once a T-cell commits to responding to a pathogen, it can’t respond to anything else.

This impact of COVID-19 on T-cells resembles immunosenescence. As we age, more and more of our naïve cells become committed, leaving us with fewer available naïve cells to respond to new threats. These findings are not yet definitive as the research is ongoing.

How Biotech is Redefining Aging

Earlier this year, Altos Labs, a cellular reprogramming company, raised billions in investment dollars from Jeff Bezos and Yuri Milner. Altos is developing technology that can measure the effectiveness of any longevity or anti-aging drug in development.

It is also working on a biological-clock technology that can measure the relative age of a cell by mapping the epigenetic marks on genes that turn them on. This could allow for the cellular-level evaluation of anti-aging therapies.

The Bay area-based company received a lot of attention when it launched in January with $3B in committed funds. With operations in Cambridge, U.K., the company has an international footprint that includes projected collaborations with Japan.

Altos began when a large group of scientists met at Yuri Milner’s super-mansion in the Los Altos Hills above Palo Alto. They discussed ways to unravel the deep biology of cellular programming to restore cell health.

The team is formed by a community of leaders from both academia and industry. They include CEO Dr. Hal Barron, previous CSO & president of R&D at GSK, and renowned scientists such as Juan Carlos Izpisúa Belmonte, a Spanish biologist at the Salk Institute, who has predicted that human lifespans could be increased by 50 years.

Altos aims to integrate the best features of academia, like the freedom to pursue the most challenging problems in biology and the best of the industry: a shared mission, passion and commitment to transform science into medicines.

Altos might remind investors of an earlier company announced by Google in 2013, Calico Labs, which is focused on solving the challenges of aging and age-related diseases.

Google co-founder Larry Page once said, “with some longer term, moonshot thinking around healthcare and biotechnology, I believe we can improve millions of lives.”

In this spirit, Calico is studying yeast replicative lifespan at a scale that enables genome-wide characterization of the aging process.

The company has developed two technologies to overcome major challenges in this field. The first is the Miniature-chemostat Aging Device (MAD) platform, which enables the purification of 50 million old cells in a single test tube. It also facilitates the characterization of the molecular phenotypes of aging.

The second technology is a microfluidics-based platform, which allows longitudinal observation of the entire aging process in a single cell. This enables screening for lifespan-extending mutations that can increase the yeast's lifespan significantly.

One such approach is Cell Painting, a recently developed fluorescence microscopy protocol that allows scientists to measure the shape and distribution of organelles within a cell, including immune cells like T or NK cells. This enables the study of genetic mutations genome-wide and an understanding of how cells age over time.

Calico’s applications are already bearing therapeutic fruit. In July, the company announced an agreement with Massachusetts General Hospital to evaluate ABBV-CLS-7262, a regulator of the integrated stress response (ISR), in the HEALEY ALS Platform Trial.

Calico also has an ongoing collaboration with AbbVie to discover and develop state-of-the-art technology and advanced computing capabilities. Since 2014, the collaboration has produced more than 20 early-stage programs and advanced three drug targets into the clinic.

It was founded in 2017 on the basis that aging is the biggest modifiable risk factor for most chronic diseases and that it is caused by a specific number of biological mechanisms that can be targeted therapeutically. These include the loss of proteostasis, mitochondrial dysfunction and epigenetic alterations.

The company’s repair, recharge and reprogram approach is based on platforms that claim to have the potential to prevent, treat and/or reverse multiple aging-related diseases.

Other companies working to rewind the clock of life include Elevian, Unity Biotechnology, Alkahest and Juvenescence.

If lizards can regrow entire limbs, sharks can regrow over 20,000 teeth and a tortoise turned 190 this year, what can humans do with the right science?