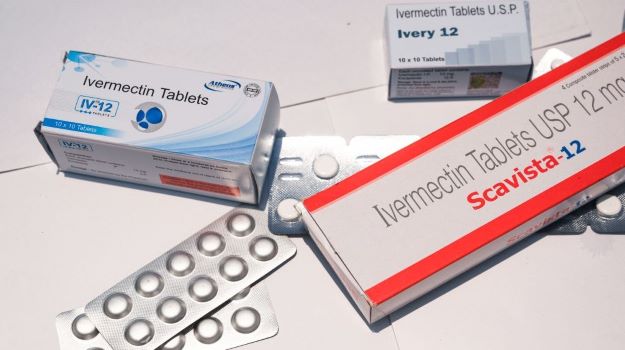 Ivermectin is approved by the U.S. Food and Drug Administration (FDA) to treat intestinal strongyloidiasis and onchocerciasis, both caused by parasitic worms. It is typically for veterinary use. The drug has anti-inflammatory properties. It has also been approved as a topical treatment for head lice. It has become something of a contentious issue as to whether it effectively prevents and treats COVID-19.

Several studies have been published suggesting it is effective, while others have indicated it is not. In late June, the American Journal of Therapeutics analyzed data from 24 clinical trials of ivermectin for COVID-19 up to April 25, 2021. The authors analyzed the studies, extracted data and assessed for the risk of bias.

This meta-analysis, they wrote, “moderate-certainty evidence finds that large reductions in COVID-19 deaths are possible using ivermectin. Using ivermectin early in the clinical course may reduce numbers progressing to severe disease. The apparent safety and low cost suggest that ivermectin is likely to have a significant impact on the SARS-COV-2 pandemic globally.”

The authors’ statements appear, in analysis, to be problematic.

On the other hand, the FDA has an ongoing webpage titled “Why You Should Not Use Ivermectin to Treat or Prevent COVID-19.” It has four primary points. One is that it is not approved for COVID-19 in humans and is not an anti-viral drug. Second, taking large doses is dangerous and can cause serious harm. Third, “If you have a prescription for ivermectin for an FDA-approved use, get it from a legitimate source and take it exactly as prescribed.” And fourth, don’t use drugs intended for animals.

The FDA also points out that ivermectin is used in some animals to prevent heartworm and other parasites, but these are very different products than the ones for people. They’re not safe for humans.

Chuck Dinerstein, director of Medicine at the American Council on Science and Health, a vascular surgeon, published an article on July 7 titled, “Could We Be Wrong About Ivermectin And COVID-19?” He starts the article by saying, “I do not believe Ivermectim is useful, but I could be wrong…. A new study demonstrates how a rush to publish, (and possibly treat) may have resulted in poorly designed studies where a quiet signal is lost in an abundance of noise.”

The study he was discussing was published in PLOS Medicine. The investigators utilized a computer model of COVID-19, then manipulated the viral loads within their model populations, its heterogeneity, and the time the drug was given. The model used real data on the changing viral load in 30 patients evaluated with PCR every day. The viral loads were “quantified” using the number of cycles necessary for amplification before the PCR test registered positive.

Dinerstein noted, “An anti-viral will reduce viral shedding, taken as the measure of disease severity, only if given very early, within 12 hours of initial symptoms, with may an outer limit of 48 hours. While the analogy is not perfectly matched, it is the same time course we expect with Tami-Flu, given early it reduces the time course of the flu.”

The same research team also evaluated 110 studies registered with ClinicalTrials.gov and found that only 15% of those studies had an inclusion or exclusion criteria associated with the onset of symptoms. Which is to say, proponents of ivermectin are claiming that the drug is useful when given at a specific time in the course of the disease, but there are very few clinical trials that evaluate that factor.

Or as Dinerstein writes, “The plethora of observational studies prompted by the pandemic have a fatal design flaw: they did not control the initiation of treatment. As a result, the number of participants needed to show a statistically significant effect would be about 11,000. If a study were restricted to those treated within 24 hours, the necessary number of participants would decrease to 450.”

But those numbers themselves aren’t particularly important moving forward, he adds. “To either promote the use or drive a stake into the heart of the ivermectins of the world, we need a well-designed study.”

And that does not yet seem to be the case with ivermectin.

This circles back to the study published in the American Journal of Therapeutics mentioned above. As Politifact notes, the Epoch Times’ headline about the story went, “New study links ivermectin to ‘large reductions’ in COVID-19 deaths,” which was an exaggeration.

The study only indicated that fewer deaths might be possible. The study was also performed by researchers affiliated with a group campaigning for ivermectin to be approved for COVID-19. Although they claimed they had no conflicts of interest, they are affiliated with the British Ivermectin Recommendation Development (BIRD) Group, which describes itself as “campaigning for the safe medicine ivermectin to be approved to prevent and cure COVID-19 around the world.”

The World Health Organization (WHO) says in its COVID-19 treatment guidelines, “We recommend not to use ivermectin in patients with COVID-19 except in the context of a clinical trial,” citing “very low certainty evidence.”

Amesh Adalja, a senior scholar at the Johns Hopkins University Center for Health Security pointed out that the American Journal of Therapeutics study is a meta-analysis “whose strength is dependent on the underlying studies that comprise it. In general, most of the ivermectin studies that purport to show a positive benefit are of low quality and have potential sources of bias.”

That, he adds, is why it is not recommended for COVID-19 by the National Institutes of Health or the Infectious Diseases Society of America. “It is only with rigorously designed randomized control trials that any true benefit can be discovered.”

Some of the studies in the meta-analysis were not peer reviewed. David Gorski, professor of surgery and oncology at Wayne State University and chief of breast surgery at the Karmanos Cancer Institute, as well as managing editor of Science-Based Medicine, a website that evaluates medical claims, wrote, “Pooling data from large number of small, low-quality clinical trials does not magically create one large, high-quality clinical trial. The few existing higher quality clinical trials testing ivermectin against the disease uniformly have failed to find a positive result. It’s only the smaller, lower-quality trials that have been positive. This is a good indication that the drug probably doesn’t work.”

And yet another meta-analysis, this one published June 28 in Clinical Infectious Diseases, concluded, “In comparison to SOC or placebo, IVM (ivermectin) did not reduce all-cause mortality, length of stay or viral clearance in RCTs in COVID-19 patients with mostly mild disease. IVM did not have an effect on AEs (adverse events) or severe AEs. IVM is not a viable option to treat COVID-19 patients.”