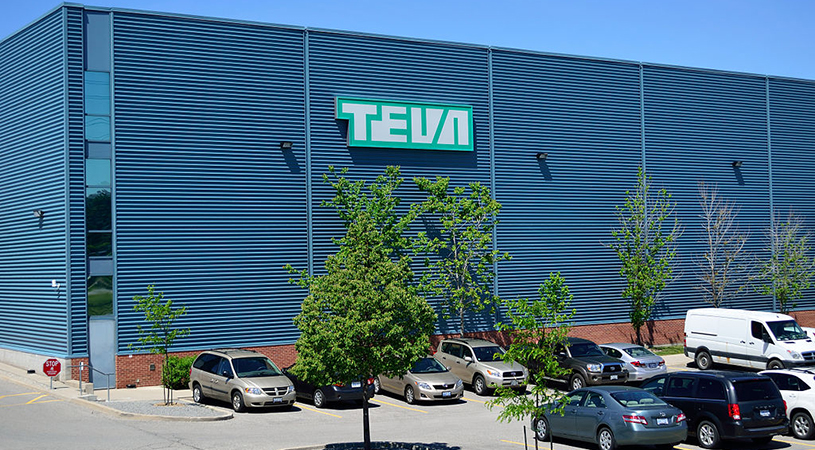 TEL AVIV – Shares of Teva Pharmaceutical Industries are in freefall this morning after the company posted disastrous second quarter earnings and announced it intended to terminate thousands of employees as it looks to shutter several manufacturing facilities.

Interim Chief Executive Officer Yitzhak Peterburg said in a statement that second quarter results were “lower than we anticipated.” He said the downturn was largely due to the company’s generics business in the United States, as well as the “continued deterioration in Venezuela.” Peterburg said the beleaguered company was forced to lower its economic forecast for the remainder of the year.

Teva saw an 18.4 percent drop in earnings for the quarter, which ended June 30. The company also cut its quarterly dividend to 8.5 cents, which is down 75 percent from the 34 cents in the previous quarter. Investors are not happy and have sent share prices plunging. As of 10:14 a.m., shares were down nearly 18 percent, trading at $25.65.

Teva said it earned $1.02 per share excluding one-off items in the second quarter, down from $1.25 a share in the same period last year. However, the company said its revenue rose 13 percent to $5.7 billion, Haaretz of Israel reported. That increase was largely boosted from the inclusion of the generics business the company gained in its Actavis acquisition.

With sales of its top branded multiple sclerosis drug Copaxone declining by 10 percent in the quarter to $1.02, as well as additional market challenges, the company faced a massive loss of billions of dollars. Teva said that during the second quarter it identified certain developments in the U.S. market that caused it to “revisit management’s assumptions regarding the market dynamics of the U.S. generics unit.” Based on the revised discounted cash flows analysis, the company recorded a goodwill impairment charge of $6.1 billion related to the U.S. generics reporting unit in the second quarter of 2017.

“In our U.S. Generics business, we experienced accelerated price erosion and decreased volume mainly due to customer consolidation, greater competition as a result of an increase in generic drug approvals by the U.S. FDA, and some new product launches that were either delayed or subjected to more competition,” Peterburg said in a statement.

To right the ship, Peterburg said the company is focused on “executing meaningful cost reductions,” while rationalizing its assets and maximizing the company’s value. He said the company will actively pursue opportunities that will allow it to divest non-core assets in order to strengthen its balance sheet. That includes the sale of its women’s health division as well as some of the products from its European oncology division, Haaretz said. Those sales could earn the company $2 billion.

“We will continue to take action to aggressively confront our challenges,” he said.

In July the company announced its intent to cut several hundred employees in Israel as the company undergoes a strategic reorganization to improve competitiveness.

Teva’s stock has been on a roller coaster ride of sorts lately, particularly as rumors were published that AstraZeneca CEO Pascal Soriot was leaving that company to helm Teva. Earlier this month though, Soriot and AstraZeneca put that rumor to rest. That leaves Teva, the world’s largest generic drug maker, without a permanent CEO. In February, the company announced Erez Vigodman had abruptly left his position at the helm of Teva after only three years on the job.