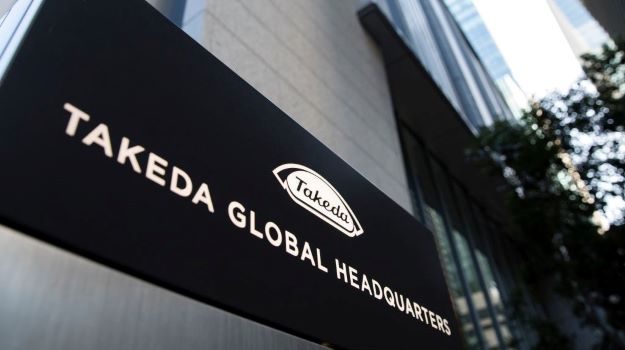 As per the agreement, Takeda will make an upfront payment of $400 million and pledge up to $730 million more in regulatory, developmental and commercial milestones. Hutchmed will also be eligible for royalties on net sales.

In return, Takeda will gain access to fruquintinib, a highly selective and potent inhibitor of the vascular endothelial growth factor receptors 1, 2 and 3.

The Hutchmed partnership will allow Takeda to their oncology portfolio.

Fruquintinib is an investigational oral drug with therapeutic potential across different subtypes of refractory metastatic CRC.

At the European Society for Medical Oncology Congress, held in September 2022, data from the Phase III FRESCO-2 clinical trial showed that fruquintinib significantly improves overall survival in patients, the study's primary endpoint, and had a tolerable safety profile.

In November 2022, the CRC hopeful failed to achieve one of its two primary endpoints in the Phase III FRUTIGA study in advanced gastric or gastroesophageal junction adenocarcinoma. When used with paclitaxel, fruquintinib significantly improved progression-free survival but not overall survival, compared to paclitaxel monotherapy.

Last month, Hutchmed started the rolling submission of fruquintinib's New Drug Application to the FDA, which the company expects to complete in the first half of this year. The FDA granted Fruquintinib Fast Track designation for metastatic CRC.

Aside from Hutchmed, Takeda has entered – and backed out of – several deals in the last year.

Last month, the company bought Nimbus Therapeutics' NDI-034858, an investigational oral and selective allosteric tyrosine kinase 2 inhibitor for autoimmune diseases. The deal, which could reach up to $6 billion in value, also covers the acquisition of subsidiary company Nimbus Lakshmi.

In October 2022, Takeda collaborated with Zedira and Dr. Falk Pharma to advance ZED1227/TAK-227, an investigational drug for celiac disease with first-in-class potential. The deal gave Takeda exclusive rights to develop and commercialize the candidate in the U.S. and other countries except for Australia, Europe, Canada and China.