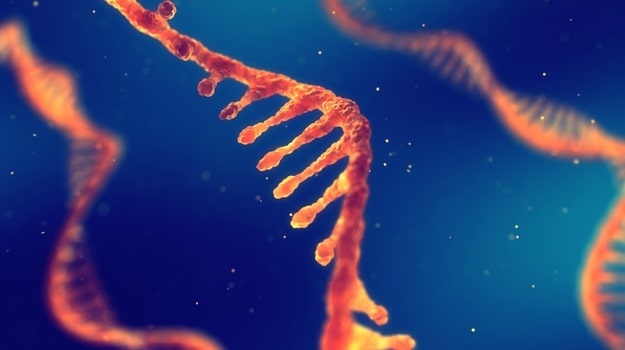 Strand Therapeutics is positioned to reshape the future of oncology. The company is genetically programming RNA not just to deliver a gene of interest, but to control the location, timing and intensity of therapeutic protein expression using mRNA-encoded logic circuits.

That controllability is an important feature, and one that’s been lacking for mRNA gene therapies. With it, mRNA gene therapy has the potential to supplant traditional DNA-based gene therapy, offering a gene delivery technology that is easier and safer.

The idea to program mRNA was developed at Massachusetts Institute of Technology’s Synthetic Biology Center and spun out of the labs scientific co-founders Darrell Irvine, Ph.D. and Ron Weiss, Ph.D., where co-founders Tasuku Kitada, Ph.D., now president and head of R&D, and Jacob Becraft, Ph.D., CEO, worked as researchers.

Kitada and Becraft were the first to create synthetic gene circuits using synthetic mRNA, showing that post-transcriptional circuits could be “wired” to create a variety of networks that enabled cell type-specific expression and small molecule-based control of gene expression from synthetic mRNA.

In the MIT research lab of Ron Weiss, the pair led the team that developed the world’s first synesthetic biology programming language for mRNA.

“You can make it so that rather than DNA or RNA just expressing a protein, it can respond to inputs. Our body is filled with natural genetic circuits,” Becraft told BioSpace.

Traditional DNA-based gene therapy uses viral vectors or nanoparticles to deliver a gene to the nucleus of a cell, where it is transcribed into mRNA. The mRNA then carries those instructions outside the nucleus and into the cytoplasm where protein is produced. Once the gene is in place, its expression can be up- or down-regulated. The challenge is that, “The cells protect their nucleus,” Becraft noted. That makes it difficult for a gene to enter.

mRNA, however, doesn’t access the nucleus. Instead it accesses the cytoplasm. This approach to gene therapy is easier from a drug delivery perspective, and safer, because “it doesn’t run the risk of DNA mutating the genome,” Becraft explained.

“We take the approach that the mRNA molecule doesn’t need to be changed structurally. We make regular, non-modified RNA, but make that mRNA smarter, able to operate autonomously and sense its surroundings,” he said.

Strand Therapeutics does that by engineering the sequences of the nucleotides rather than changing the biochemical makeup of the RNA. In 2018, researchers showed that mRNA can deliver RNA therapeutic proteins, alongside those that encode for RNA-binding proteins in their genetic circuits.

In August, Irvine and Weiss published a paper in Nature Cancer showing the technology can simulate multiple mechanisms in known orders to stimulate multiple targets at once, creating a full-fledged immune response. Working in mice, they used multifunctional oncolytic nanoparticles to deliver self-replicating IL-12 RNA that was encapsulated in lipids.

The system promoted immunogenic cancer cell death, stimulated danger sensors in transfected cells, and modulated the immune cells for a greater anti-tumor immune response. In several of the mouse models, a single injection to the tumor eradiated those tumors, caused uninjected tumors to regress, and induced a protective immune memory.

“What we’ve done is use our programming technology to simulate multiple mechanisms in known order to kill multiple targets at once, to create a full-fledged immune response. You need to take a holistic approach and hit targets in the correct order,” Becraft stressed. The platform is entering IND-enabling studies in humanized mouse models now.

“What’s different about synthetic biology is that we’re building therapies that recapitulate how biological systems work,” Becraft said. “The mRNA enters into a cell and will respond to what’s happening in the cell with a feedback loop. For example, if it sees markers of a cancer cell, you build a system to recognize those inputs – like a computer program – and actuate a response. With programmable mRNA, we can stimulate multiple mechanisms and deliver multiple different cargos at once.”

Strand Therapeutics’ MIT pedigree lends it immediate academic validation, but to succeed, the company also needed industry validation that the approach was not only scientifically interesting but promising to other healthcare leaders.

That validation arrived in the form of multiple industry awards.

From a business development standpoint, “One of the first big awards was the Bristol-Myers Squibb 2018 Golden Ticket, recognizing Strand as an innovative startup. I say that not because of the free lab space and mentorship but because, through it, I met a member of the BMS team who was a very experienced executive in the biopharma world. She left BMS and joined another company, but we stayed in touch. Eventually, we hired her as our COO.” Becraft makes a point of stressing that she wasn’t poached. “She worked at another company before joining Strand Therapeutics.”

Just over a year ago, the company received $6 million in seed funding from Playground Global, Alexandria Venture Investments, ANRI and private investors. That allowed it to hire key personnel and further develop its synthetic biology platform. With that boost, it has attracted pharmaceutical partners and is pursuing multiple partnership strategies. Now, Becraft said, “We’re set to enter clinical trials in early 2022.”