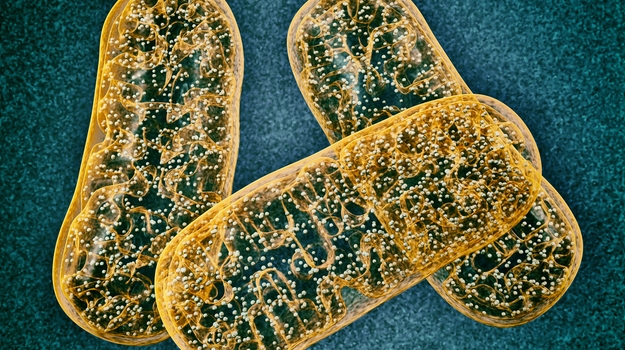 Reenie McCarthy, chief executive officer of Stealth Biotherapeutics, has seen first-hand the negative impact of mitochondrial diseases, including watching an athlete decline from being an Olympic-level rower to becoming wheelchair-bound.

The rower, McCarthy said, was highly active but when the mitochondrial disease hit, she began sleeping 18 to 20 hours a day due to the associated fatigue. Mitochondria play an important role in the normal function of the body’s organs, particularly the heart, kidney and brain. But, when those “powerhouses of the cell,” as McCarthy dubbed them, become dysfunctional, the impact can be devastating to those organs.

“It’s a tough disease and there are no approved therapies,” McCarthy told BioSpace. “The patient journey is also a long one because they go to so many doctors for different complaints.”

As an example, McCarthy said it took 10 years before the rower received a diagnosis of mitochondrial disease. She saw different doctors for different issues but it took years before all of the issues pointed to the ultimate verdict. But once you identify the problem, McCarthy said there is a path forward and Stealth is one of the companies blazing a trail in this area with its Phase III drug, elamipretide.

McCarthy told BioSpace that it’s estimated there are approximately 40,000 people who could benefit from elamipretide should it make it through Phase III and ultimately be approved by the FDA. Throughout the clinical development of the drug, which was “serendipitously discovered at Cornell University, McCarthy said Stealth has learned that the longer patients take the drug, the greater the benefits. That kind of real world data is likely to be of great importance to the FDA should it be submitted for approval, particularly as the regulatory agency is relying more and more on such evidence in its decision making.

Under terms of the agreement with Alexion, Stealth received a $30 million infusion and could see more should elamipretide pass late-stage muster and be approved. If Alexion chooses to exercise the option, the companies will co-develop subcutaneous elamipretide in the U.S. for PMM, as well as for other indications, such as Barth syndrome, as well as Leber’s hereditary optic neuropathy. Stealth is currently exploring elamipretide in a treatment for those conditions in other clinical testing.

In a statement, Alexion CEO John Orloff said the partnership with Stealth is an exciting opportunity to expand on his company’s rare neurology portfolio in hopes of delivering the “promise of elamipretide for patients.”

McCarthy said that partnering with Alexion will be of critical importance for elamipretide. She said Connecticut-based Alexion has a “demonstrated ability” to bring treatments for rare diseases to patients in need. The two companies, McCarthy said, will provide “synergies of execution” that can increase patient access to the medication in PMM, as well as the other indications, should it ultimately be approved.

“It became clear that we could get the drug to patients faster with Alexion,” McCarthy said. She added that the company is the ideal partner for Stealth. “Partnering with Alexion has allowed us to ramp things up even faster than we could have on our own.”

Stealth anticipates data from its Phase III trial in January. If it’s successful, McCarthy said they anticipate filing a New Drug Application with the FDA in the third quarter of 2020. In addition to PMM and the other two indications, McCarthy said the company expects to see some data in animal models showing a potential benefit of investigational treatment SBT-272 in Amyotrophic lateral sclerosis, also known as Lou Gehrig's disease. She said the company is excited about the potential in this fatal indication.