State of the Coronavirus Outbreak: "Almost Certainly is Going to be a Pandemic" 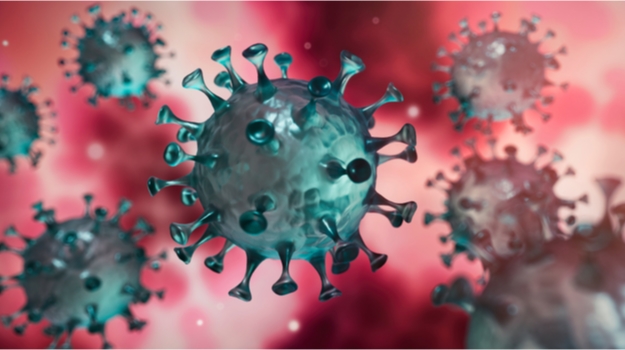 The China coronavirus outbreak continues to grow. Currently the virus appears to have infected about 17,000 people in 25 countries, and leading infectious disease experts it is trending toward a global pandemic. That is to say, an ongoing epidemic on two or more continents. To date, more than 360 people have died from the virus, globally. However, some epidemiological models estimate the actual number of cases is 100,000 or more.

“It’s very, very transmissible, and it almost certainly is going to be a pandemic,” Anthony S. Fauci, director of the National Institute of Allergy and Infectious Disease, told The New York Times. “But will it be catastrophic? I don’t know.”

The coronavirus, which comes from the same family of viruses as the common cold, SARS and MERS, began in the city of Wuhan, China. It is believed to have originated in bats and made the jump to human beings, possibly at a seafood market in the city. The virus’s genome is very similar to the SARS virus. It is an airborne virus, although it does not appear to survive long outside the body or on surfaces and remain infectious. It seems to require close contact or exposure to droplets, such as coughing or sneezing, from someone who is infected. However, there are some signs that it can be transmitted prior to symptoms occurring.

It causes flu-like symptoms that in some cases become pneumonia. Sean Beckmann, a microbiologist at Stetson University in Florida, told BioSpace, “It’s being associated with symptoms of bronchitis and pneumonia, particularly pneumonia, which makes it more dangerous because pneumonias tend to persist longer and have more severe symptoms associated with them.”

The SARS outbreak ended in July 2003, and only had 8,098 confirmed cases. MERS began in 2012, but there are only 2,500 known cases. SARS killed approximately 10% of infected patients, and MERS kills about one in three. Infectious disease experts note that the 1918 “Spanish flu” only killed 2.5% of patients, but because of the level of medical care and because it infected so much of the world, it killed 20 to 50 million people.

At this time, the mortality rate for the Wuhan coronavirus is about 2%. The focus is on containment, although a number of organizations and companies are beginning work on vaccines. However, creating a vaccine is likely to take at least three months, but running it through even expedited clinical trials and human testing would likely take at least a year.

Nonetheless, about 12 companies have formally or informally indicated they were launching vaccine or drug initiatives. Those companies include AbbVie, Geovax, Gilead Sciences, Inovio, Johnson & Johnson, Moderna, Novavax, Regeneron, Vaxart, and Vir. Some of those plans include drugs already approved for other viral infections or unapproved drugs that may be effective in treating this new virus.

Gilead Sciences, for example, issued a statement on January 31 from Merdad Parsey, the company’s chief medical officer, saying, “Gilead is working closely with global health authorities to respond to the novel coronavirus outbreak through the appropriate experimental use of our investigational compound remdesivir. Together with the U.S. Food and Drug Administration, the U.S. Centers for Disease Control and Prevention (CDC), the U.S. Department of Health and Human Services (DHHS), the China CDC and National Medical Product Administration (NMPA), the World Health Organization (WHO), and the U.S. National Institute of Allergies and Infectious Diseases (NIAID), and along with individual researchers and clinicians, Gilead is focused on contributing our antiviral expertise and resources to help patients and communities fighting 2019-nCoV.”

In a note to clients, Morgan Stanley analyst Matthew Harrison wrote, “Moderna has a potential benefit over traditional vaccine makers in that once it has the sequences that code for the most immunogenic part of the virus’ surface proteins, or antigens, management can rapidly make a clinical development candidate.”

Harrison is also bullish about Regeneron, noting that the company’s screening technology might be used to develop therapeutic antibodies against the virus. He wrote, “During the Ebola outbreak, Regeneron was able to move from development to validation of its therapeutic candidate in six months.”

Health authorities in Thailand have expressed optimism about an antiviral cocktail that includes two HIV drugs and Tamiflu, which they say was effective in one seriously ill patient.

According to Thomas R. Frieden, a former director of the U.S. Centers for Disease Control & Prevention (CDC), who now operates Resolve to Save Lives, a nonprofit focused on battling epidemics, it is “increasingly unlikely that the virus can be contained. It is therefore likely that it will spread, as flu and other organisms do, but we still don’t know how far, wide or deadly it will be.”