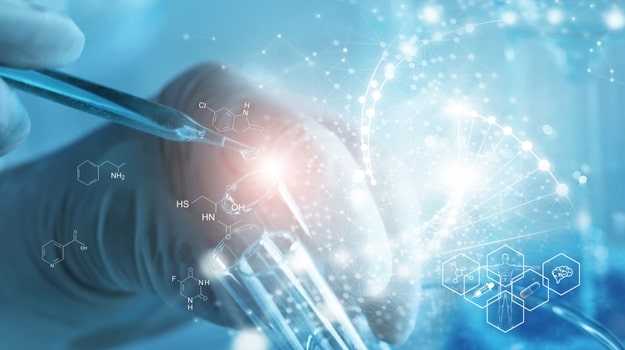 Special purpose acquisition companies (SPACs) are resurging as a virtually hassle-free alternative to initial public offerings (IPOs). They’ve been around for years, but are just now becoming a factor for biotech.

SPACs have been called blank check companies because there is no operating company and no business plan – only the intention to acquire or merge with an unidentified company within two years.

“SPACs are shell companies,” not shell games, John R. Washlick, a leading healthcare mergers and acquisitions (M&A) attorney and transactions specialist at Buchanan, Ingersoll & Rooney, told BioSpace. “They have no operating businesses. They raise their own IPOs, then raise millions of dollars with the purpose of acquiring a private operating company. As a SPAC, you have nothing to disclose, so there’s a lot less scrutiny.”

The IPO process is faster, too.

“A SPAC can go through the IPO process in a few months, versus the year it often takes a company with operations to file the disclosure and financial statements and undergo scrutiny by the SEC before going public,” he said.

For a biotech company, therefore, being acquired by a SPAC streamlines the process of going public.

For SPAC investors, this structure minimizes their due diligence efforts, assuming they trust the SPAC founders. That’s the catch: investors are investing in the reputations of the founders rather than the fundamentals of an operating company.

Typically, today’s SPACs have experienced management teams whose members have reputations as investors or company operators.

SPACs may be created by underwriters, private equity funds or other investors. Stelios Papadopoulos, the chairman of Biogen, is behind the Eucrates Biomedical SPAC. Bruce Booth, a partner at Atlas Venture, writing in Forbes, listed a string of other SPACs formed by “top-tier biotech investors” including “Casdin, Cormorant, Deerfield, EcoR1, Foresite, MPM, Perceptive, RA Capital, RTW, and 5AM.”

“They have credibility,” Washlick underscored. Investors, therefore, put their funds into specific SPACs based upon the reputation of its managers. This is akin to investors – angels or venture capitalists, for example – investing in a biotech company because of the track records of its CEO and CSO and trusting them to vet the science.

Risk is further mitigated by the provision that the investment funds acquired by the SPAC must be invested within 18 to 24 months. As a shareholder, “The risk isn’t that high because the money sits in a trust fund. You get a vote. If nothing is purchased, you get your money back,” he said.

When a company is purchased, shareholders usually receive common stocks and warrants. Eucrates Biomedical Acquisition Corp., for example, began trading as a SPAC on the NASDAQ October 23. The IPO price for its 10 million shares was $10 per share. Shareholders receive one ordinary share (listed as EUCR) and one-third of one warrant (listed as EUCRW) that may be redeemed at $11.50 per share.

Eucrates may invest in any industry, but is focused on biomedical and healthcare companies in North America and Europe.

Biotech and healthcare companies are ripe for acquisition for SPACS. In fact, about two dozen biotech-focused SPACs have formed recently. “A lot of the targets for SPACs are clinical stage companies that need capital for regulatory approval to become commercial,” Washlick said.

SPACs are attractive to companies that have exhausted funding from friends and family rounds, and angel investors. “They have the secret sauce and want to go public,” Washlick said. The criteria of solid management, sound science, and near-term inflection points – all attributes that are similar to those of companies launching their own IPOs. Man biotech companies consider crossover financing at this point, but, “If they do a crossover round, they dilute themselves. A SPAC circumvents that.”

Biotech is a burgeoning business, and non-traditional investors with little biotech knowledge or expertise gravitate to biotech SPACS. They have money to invest and want to get in on the ground floor of what they hope will become the next Amgen or Genentech.

Rather than performing their own due diligence – which angels or venture capitalists would do themselves – SPAC investors trust the SPAC founders to do that work for them.

The problem was that those “non-traditional investors could vote down the deal to use the capital because they didn’t understand biotech. Now, de-SPACing is easier cause you have biotech specialists involved in the (shell company),” Michael Gaito, global head of healthcare investment banking, J.P. Morgan, said during a Demy-Colton Virtual Salon on investment banking.

While investment money is ample, SPACs are likely to gain popularity.

“Investors want to bet on something that can take off. With SPACs, they’re on the ground floor,” Washlick said.