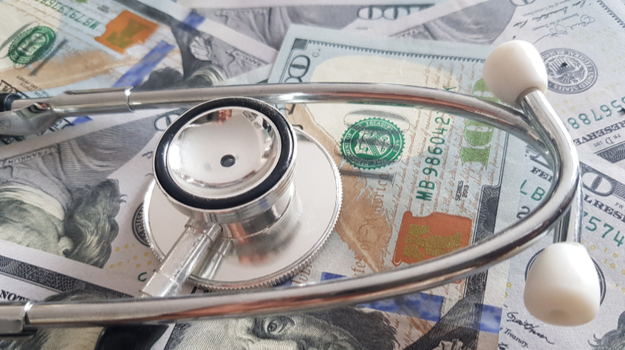 San Diego-based Sorrento Therapeutics has filed a billion dollar lawsuit against Patrick Soon-Shiong alleging that the billionaire doctor orchestrated a plan to prevent the launch of a potential cancer drug in order to protect revenues from Celgene’s Abraxane, which he had developed.

In 2015, Sorrento sold its promising cancer treatment Cynviloq, to Soon-Shiong’s NantPharma for more than $1.3 billion. At the time the deal was struck, NantPharma said it planned to use the drug in multiple cancer indications as part of its buyout of Igdrasol, Inc., a wholly-owned subsidiary of Sorrento. The San Diego-based company received $90 million in upfront payments when the deal was made, with the remaining payments tied up in regulatory and commercial milestones.

According to the complaint filed in Los Angeles Superior Court, Sorrento alleges that Soon-Shiong had no intention of developing Cynviloq, as he wanted to preserve revenue streams from the blockbuster Abraxane. When the 2015 deal was made, Cynviloq, the Los Angeles Times noted, was “lauded as a next-generation spin on Abraxane.” Soon-Shiong sold Abraxane and the company he founded, Abraxis BioScience Inc., to Celgene in 2010 for $2.9 billion. As part of the deal, Soon-Shiong owns about a 3 percent stake in Celgene. Cynviloq has seen overseas approval but terms of the deal with Soon-Shiong was that his company would drive forward in an attempt to seek regulatory approval in the United States.

In its complaint, Sorrento said that by 2016, Soon-Shiong and his team had not moved forward with research and allowed patents to lapse. Also, Sorrento claimed that Soon-Shiong redirected funds from a joint venture the company had with NantCell, a Soon-Shiong company. The venture was called Immunotherapy NANTibody and had a $100 million funding from the two companies. Sorrento claims that Soon-Shiong was able to take $90.5 million money from that venture and paid NantPharma $90.05 million for the Cynviloq assets – effectively repaying Soon-Shiong for the acquisition of Cynviloq, the Times said.

Soon-Shiong has denied the allegations. The billionaire pharma entrepreneur has claimed that Sorrento misrepresented itself and also failed to deliver on research commitments, the Times said.

“The lawsuit is a cynical attempt to deflect from Sorrento’s own breach of contract. The allegation that we have not developed Cynviloq to protect the sales of Abraxane is false and it ignores the facts. Because it is totally without merit, we shall defend ourselves vigorously against this baseless allegation,” Soon-Shiong told the Times, which he owns.

This certainly isn’t the first time that Soon-Shiong has been associated with a scandal involving repayment to his companies. In 2017, he was at the center of accusations that a $12 million grant made to the University of Utah for genetic sequencing benefitted his company NantHealth far more than the university. The wording of the grant required that $10 million of the funding was to be sent back to NantHealth to conduct research. Also in 2017, the iconic singer Cher sued Soon-Shiong alleging that he “duped” her into selling shares of Florida-based Altor BioScience at a below-market cost. In June Soon-Shiong’s NantCell a member of his NantWorks family, acquired Altor for $290 million, about $2 per share. In her lawsuit, Cher contends that the company did not tell her, along with other investors, that some of the company’s drugs were showing clinical promise in treating AIDS and HIV. Soon-Shiong’s acquisition of Altor came a month after Altor announced it received Fast Track Designation from the U.S. Food and Drug Administration for its investigational interleukin-15 agonist complex, ALT-803, in combination with Bacillus Calmette-Guérin for the treatment of patients with non-muscle invasive bladder cancer.