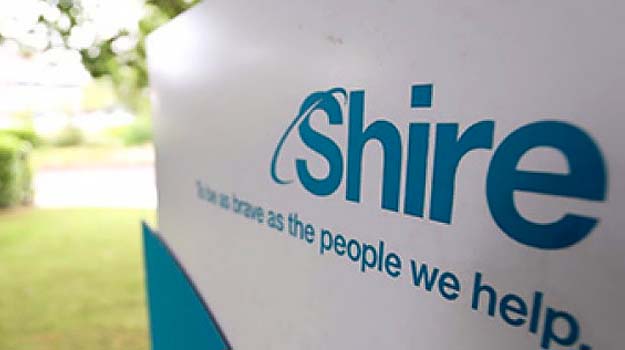 Only a couple weeks after Takeda Pharmaceuticals announced it was interested in buying Shire, Shire sells its oncology business to France’s Servier for $2.4 billion.

It’s possible the sale will make Shire less desirable for Takeda, since Shire’s oncology business was part of the rationale for buying the company. It’s also possible it will make it more desirable by dropping the price slightly. Reuters notes, “The [Servier} deal suggests there is value locked up within Shire’s portfolio—despite a dismal share price performance in the past two years—as its management braces for a possible $50-billion bid battle with Japan’s biggest drugmaker.”

Shire has suggested the proceeds from the sale may be returned to shareholders via a buyback. It also indicated that further sales of non-strategic assets were a possibility.

Shire is making it clear that is began looking to sell its oncology business in December and began the sale process in January. In other words, they want it understood that they didn’t quickly sell off the cancer unit to fend off an unwanted Takeda acquisition.

Under UK acquisition laws, Takeda has until April 25 to announce an official bid. The market value of Shire is about $47 billion. Reuters writes, “Buying Shire would be transformational for Takeda but would be a huge financial stretch, since the company is worth around $10 billion more than the Japanese group. Shire also had debt of around $19 billion as of the end of 2017.”

Shire’s oncology business includes products such as Oncaspar (pegaspargase), part of a multi-agent treatment for acute lymphoblastic leukemia (ALL) and ex-U.S. rights to Onivyde (irinotecan pegylated liposomal formulation), part of a multi-agent treatment for metastatic pancreatic cancer after gemcitabine-based therapy, and Calaspargase Pegol (Cal-PEG), which is currently under review by the U.S. Food and Drug Administration (FDA) for the treatment of ALL and early stage immuno-oncology pipeline collaborations.

“This transaction is a key milestone for Shire, demonstrating the clear value embedded in our portfolio,” said Flemming Ornskov, Shire’s chief executive officer, in a statement. “While the Oncology business has delivered high growth and profitability, we have concluded that it is not core to Shire’s longer-term strategy. We will continue to evaluate our portfolio for opportunities to unlock further value and sharpen our focus on rare disease leadership with selective disposals of non-strategic assets.”

If Takeda does make an official bid for Shire, this sale might make it slightly more affordable. Last year Takeda acquired Ariad Pharmaceuticals for $4.7 billion. “Shire’s decision to buy back shares may also indicate a positive view of the bid, since increasing shareholder returns would make it easier to get approval for a deal, Kazuyoshi Saito, a senior analyst for Iwai Cosmo Securities Co.” told Bloomberg in a phone interview. “I have an impression that Takeda and Shire are heading in the same direction,” Saito said.

Meanwhile, buying Shire’s oncology business bolster’s Servier’s presence in oncology. Olivier Laureau, Servier Group President, said in a statement, “The acquisition of Shire’s oncology franchise enables Servier to meet its strategic ambitions to become a global key player in oncology. As an essential step in the evolution of the Group, this acquisition allows us to establish a direct commercial presence in the United States, the world’s leading pharmaceuticals market, and to strengthen our portfolio of marketed products in the territories where Servier is already present. Our goal is to bring these treatments to greater numbers of cancer patients around the world. We thoroughly look forward to welcoming Shire’s oncology teams who will join Servier after the closing.”