Sherlock Biosciences’ CEO: “It’s Better to Be Disruptive Than to Follow the Crowd” 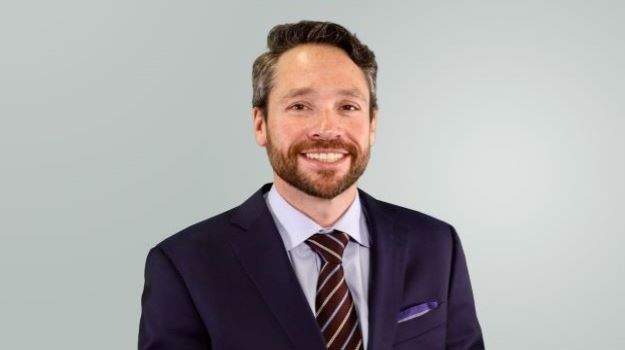 Bryan Dechairo, newly appointed president and CEO of Sherlock Biosciences, learned early in his career to fill gaps and seize opportunities. “When you see a gap, jump in and solve those problems, and you’ll be at the forefront of science rather than following others,” he told BioSpace.

That was true during his post-doctoral studies when he volunteered to finish the work of colleagues who were hired away, and it’s true today in the direction he is taking with Sherlock Biosciences. “We’re disrupting how diagnostics are being performed. Rather than performing assays at central labs, we are bringing testing home, where people are.”

He’s talking, specifically, about the disposable DNA tests Sherlock is developing. They are being designed to be as simple as pregnancy tests. “With it, you can go to any part of the world – including remote areas without electricity – and test people for malaria or dengue fever, for instance, so they can get the treatment they need.”

The Sherlock Biosciences also received an emergency use authorization for its Sherlock™ CRISPR SARS-CoV-2 diagnostic test. The test cuts diagnosis from 2.5 hours to 20 minutes. That success is a springboard to other CRISPR-based diagnostics. Dechairo is keeping the panel of tests being developed quiet for now, but said the focus is on children’s, women’s, and seniors’ health, and global health equity.

A CRISPR approach to diagnostics compares favorably to PCR, he said. It is an isothermal reaction that offers similar levels of specificity and sensitivity with simple ease of use and more rapid results. “The test runs at a steady temperature and achieves results in about 20 minutes.” CRISPR diagnostics use Cas 12 and 13 enzymes to find specific DNA or RNA and then cleave neighboring genetic material, releasing a quantifiable fluorescent signal that indicates a positive test result.

Sherlock Biosciences president, Dechairo’s interest in science, and diagnostics, in particular, evolved through osmosis. “I was born into science. My dad was a physician and my mom was an executive nurse. My grandparents were physicians and nurses, too,” he said.

During high school, his focus shifted from healthcare to biology. He and his mom had the same biology teacher, though decades apart. “His name was Richard Brown and my mom was one of his first students,” Dechairo recalled. “He had a lab where we bred drosophila, crossed them, and looked at genetic differences. I stayed after school to work with him on experiments. It wasn’t part of the curriculum, but I seized the opportunity.”

Later, Dechairo took the MCATS and applied to medical school before he stepped back to really assess what he could do, what he wanted to do, and what he should do. “I was working at a fungal lab doing genetics,” he said, “and was passionate about genetics, ecology, and a lot of different things in science.” Ultimately, he chose genetics over medicine and got a job working as a scientist for Roche, where he developed PCR- based clinical diagnostics to determine the most effective anti-infective treatments for fungal diseases.

“The gap between academia and commercial interests is smaller than it looks,” Sherlock Biosciences head Dechairo said. “As a scientist, I’ve always been involved in the business side of science – how to translate research from the bench to the bedside. That means talking with physicians and customers, explaining how the science works. And, you develop a lot of sales, marketing, and medical affairs expertise because you’re writing journal articles and poster presentations, and putting things in laymen’s terms for other audiences. If you’re good at educating, you can be a good marketer,” he said, even though you may have started in R&D.

Dechairo’s interest in diagnostics is driven by his commitment to personalized medicine. Diagnostics and therapeutics may go hand-in-hand, identifying which patients should get which therapeutic, but, he said, “Diagnostics can improve patient outcomes often more than a therapeutic. Medicines aren’t the only way to treat people. In cancer, for example, surgery may be a cure if the patient is diagnosed early.” His goal as CEO of Sherlock is to develop technologies to diagnose people early, so they may have more treatment options.

“Sherlock Biosciences is about empowering patients to have more control over their healthcare decisions,” he said. So, regardless of where that patient is located, effective therapies must be available. This was part of his mission at Assurex Health where, as CMO and CSO, he focused on finding the right medications for patients with mental health disorders. At his next company, Myriad Genetics, Dechairo served as the EVP for development, working across six business units.

The big challenge for diagnostics companies, overall, is differentiation, Dechairo said, equating many companies in this space to children’s soccer teams. “They follow the ball like a swarm of bees. It’s better to be disruptive than follow the crowd.

“Therefore,” he advised, “find the gaps.” For Dechairo and Sherlock Biosciences, that means bringing urgency to diagnostic testing. “We want to understand where patients are and meet them there.”

As he learned, as a scuba diver certified for rescue, cave, deep sea and other diving specialties, “The deeper you go, the more you learn. I like seeing what’s below the surface, and seeing how the whole ecosystem is balanced.”

That desire to understand the balance may have contributed to his commitment to global health equity. “That means trying to ensure that everyone has access to the technology they need to take control of their health,” he explained. By finding the gaps, Dechairo can help them do just that.