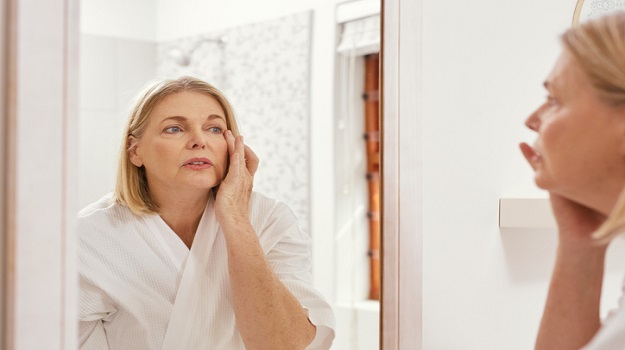 Scientists may have discovered the secret to younger-looking skin. Researchers at the Babraham Research Institute, part of Cambridge University, have developed a new technique for rejuvenating skin cells, which can rewind the biological clock of patients by about 30 years. This research isn’t just about looks, either - it holds great potential for regenerative medicine and could be used to repair damaged cell types for many different diseases.

The Babraham Institute, established in 1993, is dedicated to studying the biology of health and aging. The Institute did some of the world’s earliest work on monoclonal antibodies and has developed a variety of commercialized products, including products now being developed by Crescendo Biologics, an anti-cancer therapy spinout of the Institute.

Beginning in 2007, researchers at Babraham began focusing on epigenetic aging. Scientist Shinya Yamanaka was the first scientist to turn normal cells into stem cells, a type of cell that can develop into another cell type. Yamanaka developed a full process for reprogramming cells, called maturation phase transient reprogramming (MPTR), which boosts collagen production and rejuvenates other aspects of the cells.

By reprogramming the cells through MPTR, researchers could lessen chemical tags that indicate genomic age and alter the transcriptome gene readout of a cell. By these two metrics, reprogrammed cells were looking like cells that were 30 years younger than they actually were.

The results of the study were published in eLife, a life sciences journal. The publication noted that cosmetics aren’t the only application for this new therapy. Babraham researchers say this cellular therapy could be used to treat a variety of medical conditions. As newer cells produce more collagen, the treatment could help restore brittle bones, heal strained ligaments and tendons, heal skin wounds and provide structure to damaged tissue.

"The technique has been applied to genetically modified mice and there are some signs of rejuvenation. One study showed signs of a rejuvenated pancreas, which is interesting for its potential to tackle diabetes," said Professor Wolf Reik, head of the team that conducted the research at the Babraham Institute.

Other aging diseases may also benefit from cellular de-aging. Alzheimer’s disease is associated with the APBA2 gene, a gene that was rejuvenated using the MPTR epigenetic therapy. Additionally, the MAF gene, which can lead to cataracts, also showed improvement with the anti-aging therapy.

“Our results represent a big step forward in our understanding of cell reprogramming. We have proved that cells can be rejuvenated without losing their function and that rejuvenation looks to restore some function to old cells. The fact that we also saw a reverse of aging indicators in genes associated with diseases is particularly promising for the future of this work,” said Dr. Diljeet Gill, a postdoc student at the Babraham Institute who worked on this project while completing a Ph.D.