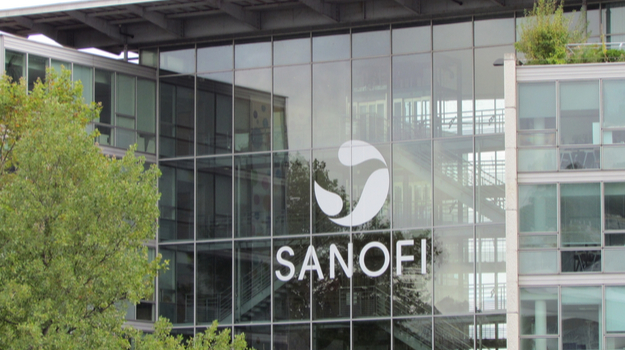 Days after Express Scripts and Cigna announced a cap on out-of-pocket expenses for insulin covered under plans the companies’ offer, one of the biggest insulin drugmakers announced it was cutting the price of its insulin medications.

On Tuesday, Sanofi announced an expansion to its one-year-old Insulins Valyou Savings Program that will lower the price of some of its insulin products to $99 per month. Beginning in June, Sanofi said people in the United States can pay $99 for up to 10 boxes of pens and/or 10 mL vials per month. The Insulins Valyou Savings Program does not include Sanofi's combination insulin product, the company noted.

The move comes hours ahead of another appearance before Congress over the costs of insulin.

Michelle Carnahan, head of North America Primary Care at Sanofi, said the new plan will help address the challenge that too many patients face regarding unpredictable and unaffordable pricing for their insulin. Carnahan said concerns over diabetes patients having to choose between paying for their medicines or other basic needs is unacceptable to the company. This new plan will help address “affordability and access needs,” Carnahan added.

“By giving those who require both long-acting and/or mealtime insulins or use more than one box of pens or one vial per month access to their insulins for one flat price, we aim to help limit the burden on the individuals who have high out-of-pocket costs at the pharmacy counter,” Carnahan said in a statement.

The Valyou program is currently not available to patients on Medicare or Medicaid due to current government regulations, Sanofi said. People who are exposed to high out-of-pocket prices for their medications from private insurance plans or who do not qualify for other patient assistance programs can look to join the Valyou Savings plan.

Sanofi launched the Insulins Valyou Savings Program last year. Initially, the plan allowed patients to pay $99 for one 10mL vial or $149 for a box of pens. Now, it has been dramatically expanded to cover up to 10 boxes of vials and/ or pens. Since it was launched last April, the program, which is available at U.S. pharmacies, has resulted in approximately $10 million in patient savings, Sanofi said.

Congress continues to mount pressure on insulin makers over concerns that the costs of the life-saving medication are too high for many patients. Congress has called executives from some of the biggest pharma companies to testify before various committees and the price of insulin has been at the top of the list of concerns. Last year, Minnesota Attorney General Lori Swanson filed a lawsuit against three of the biggest insulin manufacturers over price gouging claims. In the lawsuit, Swanson said Eli Lilly, Sanofi and Novo Nordisk “deceptively raise the list price of insulin” and that the hikes have made the life-saving medication “less affordable.”

Last week, Express Scripts and Cigna launched the Patient Assurance Program, which will ensure eligible people with diabetes in participating plans pay no more than $25 for a 30-day supply of insulin. The new Patient Assurance Program is available to members who participate in non-government funded healthcare plans that are managed by Express Scripts, which includes Cigna and others. The companies said that in the majority of cases, people who use insulin will see lower out-of-pocket costs without any increased cost to the plan.

Sanofi isn’t the only company to respond to concerns and criticism over the costs of insulin. In March, Eli Lilly announced it will start selling an “authorized generic” version of its popular Humalog 100 at about 50 percent off the list prices. The price will be $137.35 per vial. Diabetes patients typically use two vials per month. The new product will be branded Insulin Lispro and sold through ImClone Systems, a Lilly subsidiary. Also in March, Eli Lilly disclosed data over the weekend that indicates the price for its lead insulin product Humalog dropped by 8 percent over the past five years.