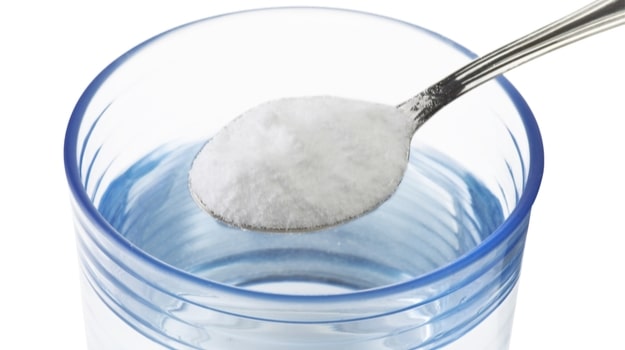 Salt water gargle is a time-tested way to alleviate sore-throat pain. As a nasal lavage, it can help clear stuffy sinuses associated with colds and allergies. But, is it effective against the symptoms of COVID-19?

Researchers in Scotland aims to find out. Scientists at the University Edinburg are enrolling a new study to determine whether salt water treatments can reduce symptoms in people with COVID-19 symptoms. As Professor Aziz Sheikh, director of the university's Usher Institute, said in the announcement, "We are now moving to trial our salt water intervention in those with suspected or confirmed COVID-19, and hope it will prove to be a useful measure to reduce the impact and spread of the infection.”

The trial is based on research the authors published in the Journal of Global Health March 29 entitled, “Hypertonic saline nasal irrigation and gargling should be considered as a treatment option for COVID-19.” They cited tests showing that DNA- and RNA-enveloped and non-enveloped viruses – specifically herpes simplex virus, human coronavirus 229E (HCoV-229E), respiratory syncytial virus, influenza A virus, and coxsackievirus B3 – were inhibited by chloride ions in salt.

“In COVID-19, high titers of SARS-CoV-2 are detectable in the upper respiratory tract of asymptomatic and symptomatic individuals. The titers are higher in the nose than the throat, suggesting measures that control the infection and viral shedding will help reduce transmission,” the authors wrote. Until an effective antiviral therapy of vaccine is available, salt water gargle (NaCl) may be effective at reducing symptoms because its antiviral effects work across viral types.

That work was based on the authors’ 2019 pilot study, known as the Edinburgh and Lothians Viral Intervention Study (Elvis). That trial recruited otherwise healthy adults within two days of them contracting a cold. Of the initial group of 68 who were accepted for the trial, 56% were infected with rhinovirus and 31% with coronaviruses. The remainder were infected with enterovirus, influenza A virus, parainfluenza virus type 3, respiratory syncytial virus and human metapneumovirus. A total of 54 individuals completed the controlled trial.

The control group treated the cold as they normally would. The other group was asked to do a salt water gargle and rinse their nasal passages with a salt solution at will. Researchers collected nasal swabs to determine the quantity of cold virus in their noses throughout the study. Both groups also kept treatment diaries – some for up to two weeks.

Researchers found that 95% of those who gargled with salt water and used nasal irrigation reduced their illness by 1.9 days. The use of medications, such as cough syrup, also was reduced. Because the virus cleared faster, they were less likely to spread the common cold. Consequently, 35% fewer individuals in the intervention arm had household contacts who developed upper respiratory infections.

The results of hypertonic saline nasal irrigation were similarly beneficial as doing salt water gargle. Participants reported that the nasal lavage helped clear or reduce stuffiness, made breathing easier, more quickly resolved their symptoms, reduced the severity of the cold and helped them sleep. As many as 60% of the participants said they were willing to use nasal irrigation to treat future colds. The figure jumped to 86% if the procedure were made more convenient.

The colds studied by Prof. Sheikh and colleagues were caused by a variety of viruses. Human rhinoviruses are the most common cause of colds, but colds can be caused by any of approximately 200 viruses that can be grouped into one of several categories, including:

In reexamining data from the 2019 study, Edinburgh researchers found the benefits of salt water gargle and nasal irrigation also were experienced by participants who were infected with one of the four common coronavirus strains that cause colds. Therefore, the suspect the benefits may also extend to COVID-19 patients. The just-announced study aims to prove that.

Other European researchers, reporting in Rhinology Online, speculate that copper-enhanced nasal saline irrigations confer protection against COVID-19. Based upon a study that appeared in the New England Journal of Medicine in which copper eliminated all viable SARS-CoV-2 virus on its surface within four hours, the authors suggest that copper-infused sale solution may “decrease the potential risk of viral infection by both a mechanical and biological effect.” No studies assessing the effects of copper on COVID-19 have been listed yet on ClinicalTrials.gov.

Salt water will not cure COVID-19, nor remove the SARS-CoV-2 virus from the body, but salt water gargle or using it to irrigate nasal passages can help reduce symptoms. It works by drawing fluid from inflamed tissues, thereby reducing swelling. It also helps break up mucus, and thus can remove bacteria, fungi and other irritants from the throat.

None-the-less, as Johns Hopkins Center for Health Security, Amesh Adalja, MD, Senior Scholar, pointed out last spring, while salt water gargle can relieve symptoms of upper respiratory infections, “it has no direct effect on the (SARS-CoV-2) virus.” For many, COVID-19 sufferers, though, symptomatic relief of any sort will be welcome.