Revolutionizing the Manufacturing Process for Faster Vaccine and Therapeutic Production 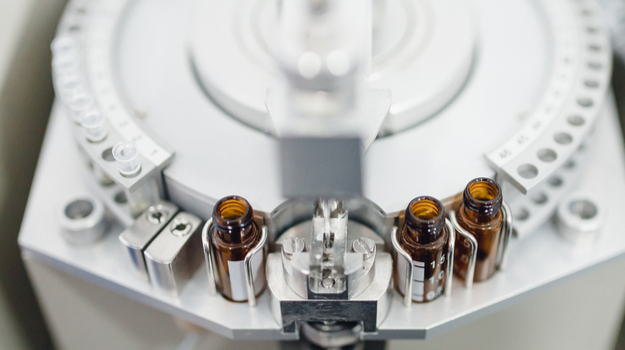 The fastest way to get a safe, effective vaccine for COVID-19 to physicians and patients is to build upon an existing vaccine with an already-established manufacturing and supply chain…or to revolutionize the manufacturing process.

SwiftScale Biologics, a 2018 Cornell University spinout, is using a cell-free production approach that claims to speed scale-up by ten-fold. This means vaccines or therapeutics could be manufactured in one month, rather than the nine or more months necessitated by traditional methods.

The platform is based on a method for cell-free manufacturing of glycosylated proteins developed by SwiftScale Co-founder and Chief Scientific Officer Matt DeLisa, Ph.D., at Cornell, and a cell-free protein expression system developed by his long-time collaborator and SwiftScale Chief Technology Officer Michael Jewett, Ph.D., director of the Center for Synthetic Biology, Northwestern University.

“Bacteria cells do everything faster than CHO cells. They grow faster, they divide faster, they produce proteins faster,” DeLisa said. “The historical limitation has been that E. coli cells do not naturally produce any glycoproteins. What we’ve done is to equip E. coli with the machinery for installing complex carbohydrates onto proteins, which now opens up the opportunity to use these bacterial cells or their lysates for making glycoprotein products such as monoclonal antibodies.”

SwiftScale intended to produce antibody therapies that target cancer, but as COVID-19 emerged, the company realized it could leverage its rapid, adaptable technology to potentially treat those infected with the virus instead. They have partnered with Centivax, a biotherapeutics company with several lead antibody candidates that may be used against the virus.

Centivax plan to begin a phase I/II clinical trial in late July, with SwiftScale ramping up its capabilities to produce 100,000 doses per month for 10 months if the trial is successful.

Another approach, championed by researchers at Thomas Jefferson University, is to speed bioproduct manufacturing by piggy-backing new vaccines or therapeutics onto organisms and techniques that already are in commercial production. With this approach, safety profiles are largely known and manufacturing techniques are well-understood.

That’s the approach Thomas Jefferson University developers are taking with Coravax™, a shelf-stable vaccine candidate. Coravax is made from the spike protein from the current coronavirus (SARS-COV-2). That is the portion of the virus most likely to generate a protective immune response.

“It is then combined with a killed rabies vaccine that serves as a carrier of sorts," Matthias Schnell, Ph.D., director of the Jefferson Vaccine Center, said.

When vaccinated, a person would develop antibodies against both rabies and the coronavirus spike protein.

Many vaccines today are prepared by using another vaccine as a 'carrier' for the virus of interest.

"The benefit is that the 'carrier' vaccine already has been rigorously tested and shown to be safe and effective,” Dr. Schnell said.

"There are already at least 20 manufacturing facilities around the world churning out some 100 million doses a year of the rabies vaccine,” he continued. “They have the means and know-how to produce this vaccine already. We're adding one small component," thereby leveraging that efficiency and safety record.

Piggy-backing on a rabies vaccine also enables relatively low-cost production, which is important for a vaccine that may need to be available to billions of people.

Shelf-stability is another benefit of this approach. Some vaccines require minus 80 degree centigrade freezer storage, limiting their use in remote areas. By contrast, the rabies vaccine can be produced in a shelf-stable, dehydrated form that is easy to reconstitute anywhere.

"We've already begun safety testing of the CORAVAX™ vaccine in animals, and we know that the rabies vaccine has an excellent safety profile," Schnell said. "That vaccine is safe in children, pregnant women, across diverse populations and often generates life-long protection."

In another encouraging sign, Schnell's group previously demonstrated safety with a rabies vaccine for other coronaviruses that are highly similar to SARS-CoV-2. The group's vaccines for the coronaviruses that caused the 2003 SARS  and the 2012 MERS epidemics was proven safe and effective in animal models of those diseases.

Jefferson already is in discussions with a large vaccine manufacturer about a potential partnership. The next steps are to complete animal tests and move into phase I clinical trials for safety in people.

“There are a lot of companies (and academic labs) rising to the challenge and trying to provide solutions in the drug and vaccine space. It’s been said we need as many ‘shots on goal’ as we can get. My hope is, collectively, that all of these companies will provide enough shots on goal that somebody will score,” DeLisa said.