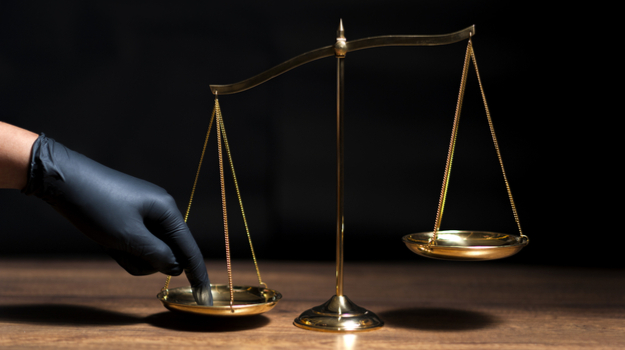 National Securities Corp. describes itself as offering “client-focused financial services.” It goes on to say on its website, “In order to do this, National focuses on creating a culture of collaboration at every level. We bring our diverse advisory community, investor base, and industry partners together into an ongoing conversation about what’s next. The result is unparalleled service and support.”

Reuters reports several examples of analysts at National recommending companies that National has financial interests in. Examples include in August 2017, National’s analyst Jonathan Aschoff recommended Avenue Therapeutics to their clients, predicting the share price would more than double in a year. That didn’t turn out to be even close, which is no crime—if it were illegal for financial advice to be wrong, no one would be giving it.

Aschoff also promoted Checkpoint Therapeutics and Mustang Bio. None of the companies’ shares have done well despite Aschoff’s glowing reviews, which is not the point.

Reuters notes that Fortress was founded by biotech entrepreneurs Lindsay Rosenwald and Michael Weiss. “In September 2016, Fortress acquired a controlling stake in National Securities’ parent, National Holdings Corp. The deal solidified an unusual relationship that dates to 2010, when Rosenwald and Weiss, through an investment fund they control, invested $3 million in National Holdings. Owning National gives Fortress an in-house underwriter and a private sales force of about 700 brokers—nearly a third of whom have been flagged by regulators—to help it raise money for its stable of nine ventures that are developing new drugs or treatments.”

Under U.S. regulations, National brokers are required to ensure that “they promote investments deemed appropriate for their clients—the same clients to whom they are marketing securities in their parent company’s ventures in biotech, a notoriously high-risk sector,” Reuters reports.

Benjamin Edwards, an associate professor of securities law at the University of Nevada, Las Vegas and one of almost a dozen corporate and finance and securities law experts Reuters interviewed for their report, stated, “I’ve never seen a firm that needs to raise a lot of capital to acquire a brokerage for that purpose.”

But while Aschoff didn’t disclose the business relationships in his notes to clients, National does disclose the conflict of interest in prospectuses for securities offerings it underwrites for Fortress.

Reuters requested comments from the SEC, which did not respond. The SEC apparently did ask Avenue for greater disclosure of its connections to National prior to Avenue’s initial public offering (IPO) in 2017, but let it raise money, according to filings.

But, “naïve investors may not even know the connection. Most small investors don’t read the prospectus,” Roni Michaely, a professor of finance at Cornell University, told Reuters. “If you are selling your own company, you want to sell it at the highest possible price. This is a situation that is very troublesome. … Personally, I wouldn’t touch (the offerings) with a 9-foot pole.”

Reportedly, although Aschoff didn’t disclose the connections, National re-published notes disclosing the connection in September 2017 to correct the omission. Weiss, no longer with the National board, told Reuters, “We over-disclose. We tell everything. We are the most honest management team ever to walk through this biotech business.”

That’s a level of hyperbole generally reserved for used-car advertising or the current President of the United States. The notes have been removed from the site and on June 5, National denied they ever lacked proper disclosure.

However, Michael McMillan, director of ethics education at the CFA Institute, told Reuters that even with the general disclosure, “it does not eliminate the conflict of interest.”

On May 15, about 18 months after Fortress acquired its controlling interest in National, in the midst of Reuters’ investigation, National posted a page on its website titled, “Meet our Majority Shareholder, Fortress Biotech.”

One way or the other, even in light of the disclosure, investors in specific biotech companies should keep in mind that National’s owner has a vested interest in encouraging good coverage of their biotech companies, which potentially could taint analyst reports. Let the buyer beware.