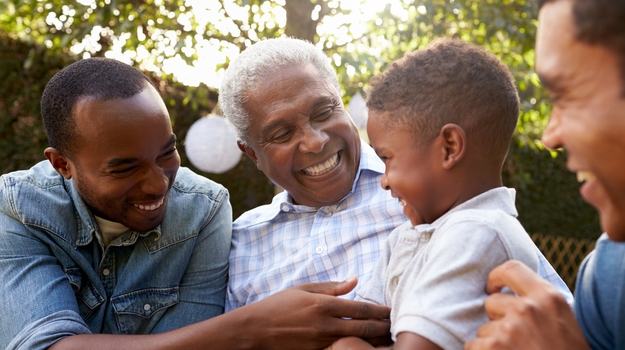 Forget asking, “What’s your sign?” In the future, the question might be, “What’s your type?” And by that, Stanford University researchers mean “ageotypes.” By profiling a group of 43 healthy men and women between the ages of 34 and 68, conducting extensive molecular biology assays at least five times over two years, they found that people typically age along certain biological pathways—metabolic, immune, hepatic (liver) and nephrotic (kidney). People dubbed metabolic agers might, for example, be at a higher risk of diabetes or have elevated hemoglobin A1c levels as they grow older. People with an immune ageotype might show higher levels of inflammatory markers or be more subject to immune-related diseases as they age. Unfortunately, people may age along more than one pathway. The research was published in the journal Nature Medicine.

“Our study captures a much more comprehensive view of how we age by studying a broad range of molecules and taking multiple samples across years from each participant,” said Michael Snyder, professor and chair of genetics at Stanford University School of Medicine. “We’re able to see clear patterns of how individuals experience aging on a molecular level, and there’s quite a bit of difference.”

They suggest the profiles can be much more than a label but can be used to help people focus on health-risk factors and make lifestyle changes, if possible, in the areas they’re more likely to encounter problems as they age. The study also found that it was possible to change the way you age for the better. People who made lifestyle changes could slow their aging rate.

For example, Snyder said the study also evaluated differences in aging between healthy participants and those who are insulin resistant. “The differences in aging between healthy and insulin-resistant folks is something that’s never been looked at before. Overall, we found there were about 10 molecules that significantly differed between insulin-sensitive and insulin-resistant folks as they aged.” Many of the biomarkers were related to immune function and inflammation.

Investigators at the University of Warwick tested out non-invasive wearable sensors that used raw ECG signals and artificial intelligence (AI) to detect low blood sugar levels—with no blood or fingerstick involved. The devices were found to have average sensitivity and specificity of about 82%, which is comparable to current Continuous Glucose Monitors (CGM), without being invasive. The results suggest that when patients are having a hypoglycemic event, they have specific ECG waveforms.

Researchers at the University of South Florida identified a novel feedback pathway from the brain to the eye that regulates eye pressure. Glaucoma is linked to increased pressure in the eye because of a decreased ability to maintain proper fluid drainage. This can result in vision loss and blindness. This study found for the first time that eye and brain pressure are physiologically connected. They proved this by changing the brain pressure in animal models and observing changes in the fluid drainage properties of the eye, which could be blocked by certain molecules.

Scientists at the University of Michigan found that Sestrin, a naturally occurring protein, mimicked the benefits of exercise, at least in flies and mice. It probably won’t ever be a replacement for your daily exercise routine, but it may have implications for muscle wasting caused by aging and some diseases. Sestrin has been found to accumulate in muscle after exercise. Working with mice and, improbably, getting fruit flies to exercise on a type of fly treadmill, they found that the insects and animals with increased Sestrin levels were able to run and fly longer than lab subjects who had been bred to lack the ability to manufacture Sestrin.

Researchers at RMIT University in Australia used nano-sized particles of magnetic liquid metal to kill bacteria and bacterial biofilm. They found that when the nano-sized droplets were exposed to a low-intensity magnetic field, they changed shapes, developing sharp edges. When they came in contact with bacterial biofilm—densely packed communities of bacteria, which surround themselves with secreted polymers—the sharp edges broke down the biofilm and physically ruptured the bacteria.

They tested the effectiveness of this approach against both Gram-positive and Gram-negative bacterial biofilms. Within 90 minutes of exposure, both groups of biofilms were destroyed and 99% of the bacteria were dead. They also showed that the liquid-metal droplets did not affect human cells.

Researchers at Mayo Clinic have identified a molecular switch that can turn on a molecule in animals that repairs neurological damage in diseases like multiple sclerosis (MS). One great thing about it is that early research in laboratory animals worked with a drug already approved by the FDA. The researchers switched off a receptor activated by blood proteins called Protease Activated Receptor 1 (PAR1). When they did so, the body regenerated myelin, a coating that protects nerves. A PAR1 inhibitor has been approved by the FDA, Merck’s Vorapaxar, indicated for reducing thrombotic cardiovascular events. The researchers say they aren’t advocating that patients take the inhibitor for CNS disorders at this time—that will require more study in animals and people, but it is an intriguing new possible for CNS repair therapies.