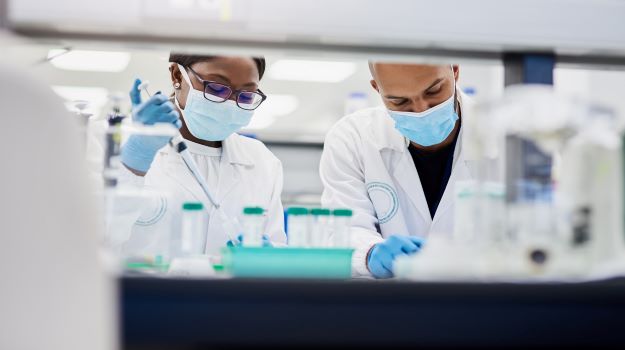 For one hundred years, since Jan. 11, 1922, insulin has been the way to treat type 1 diabetes. Although its manufacture has been refined and there are other drugs sometimes used to treat T1D, insulin is still the primary treatment. There have been attempts at transplanting the pancreas beta cells that produce insulin, but none have been successful. New research hints that there might be a solution. For that and more research stories, continue reading.

Type 1 diabetes is an autoimmune disease where the body’s immune system attacks the insulin-producing beta cells in the pancreas. This causes decreased insulin or eliminates the body’s ability to produce insulin, which moderates blood sugar levels. A group of researchers at Massachusetts General Hospital (MGH) and Harvard Medical School, with a team at the Georgia Institute of Technology and the University of Missouri, developed a novel biomaterial that, when mixed with islet cells, allowed the cells to survive transplant without rejection by the immune system or the need for long-term immunosuppressive drugs. The research was published in the journal Science Advances.

“Our strategy to create a local immune-privileged environment allowed islets to survive without long-term immunosuppression and achieved robust blood glucose control in all diabetic nonhuman primates during a six-month study period,” stated lead author Dr. Ji Lei, M.D., an associate immunologist at MGH and assistant professor of Surgery at Harvard Medical School. “We believe that our approach allows the transplants to survive and control diabetes for much longer than six months without anti-rejection drugs because surgical removal of the transplanted tissue at the end of the study resulted in all animals promptly returning to a diabetic state.”

The biomaterial includes a novel protein dubbed SA-FasL, which promotes immune tolerance. It is tethered to the surface of microgel beads. They evaluated the materials in the nonhuman primate model of type 1 diabetes. The biomaterial was mixed with islets, then transplanted to a bioengineered pouch formed by a fold of fatty tissue that hangs from the stomach and over the intestine called the omentum. After receiving the transplant, the animals were given a single anti-rejection drug, rapamycin, for three months. The group is now planning a clinical trial in humans.

Researchers with Stanford University infused spinal fluid from young mice into older mice with memory problems, with a reported reversal of the memory loss. They then were able to identify a growth factor in the fluid that, to a lesser degree, improved memory.

Their studies found that oligodendrocytes, specialized cells in the hippocampus that create the myelin sheath that insulates neurons, responded most to the young spinal fluid. The growth factor was called FGF17, which diminishes with age. The researchers note that FGF17 is probably only one of many chemicals involved in brain aging, but it appears to be necessary. The young cerebral spinal fluid boosts oligodendrocyte progenitor cell (OPC) proliferation and differentiation in the aged hippocampus.

Researchers at the University of Jyväskylä, Finland, analyzed 218 perimenopausal women and associated the typically increased risk of heart disease in post-menopausal women with changes in the female sex hormones. Previous research suggested the link was due to increased heart-disease metabolites.

However, the study found that the drop in estrogen levels and increases in follicle-stimulating hormone (FSH) during menopause led to increased levels of “bad cholesterol,” which increased the risk of cardiovascular disease. They found menopause associated with a statistically significant change in the levels of 85 metabolites and that the hormonal shift directly explained the difference in 64 of them.

These included low-density lipoprotein (LDL) cholesterol, triglycerides, fatty acids and amino acids. They note that menopause is unavoidable, but the negative metabolite shifts can be diminished by eating healthy and exercising. In particular, women should consider low-fat diets and exercise.

A new study out of NYU Langone Health and NYU Grossman School of Medicine found that running on a wheel for 30 days in mice resulted in a 40% increase in dopamine release in the dorsal stratium, the part of the brain involved in movement. They also demonstrated an almost 60% increase in brain-derived neurotrophic factor (BDNF) levels. BDNF triggers dopamine in the brain. When these chemicals are released into the brain, they appear to improve learning and memory.

Their research suggests that BDNF plays a key role in long-lasting changes in the brain due to running and other exercises. They also noted that Parkinson’s disease and other movement disorders are usually treated with drugs that mimic the effect of dopamine on motor neurons. This data also helped point to why exercise alleviates the symptoms of Parkinson’s disease as well as neuropsychiatric disorders such as depression.

New research from the University of East Anglia Norwich Medical School found that adding cranberries to your diet could improve memory and brain function and lower bad cholesterol. They studied the benefits of eating the equivalent of a cup of cranberries per day in 50 to 80-year-olds. Earlier research has shown that high dietary flavonoid intake can lead to slower rates of cognitive decline and dementia. Also, food rich in anthocyanins and proanthocyanidins has improved cognition. Cranberries are rich in these micronutrients and have also been recognized for antioxidant and anti-inflammatory properties. Half the participants consumed freeze-dried cranberry powder for 12 weeks. The data showed that people consuming cranberries significantly improved their memory of everyday events (visual episodic memory), neural functioning and brain perfusion. There was also a significant drop in LDL cholesterol.

“The findings of this study are very encouraging, especially considering that a relatively short 12-week cranberry intervention was able to produce significant improvements in memory and neural function,” said Dr. David Vauzour from UEA, who led the study. “This establishes an important foundation for future research in the area of cranberries and neurological health.”

No research was conducted on the benefit of cranberries when mixed with gin or vodka.