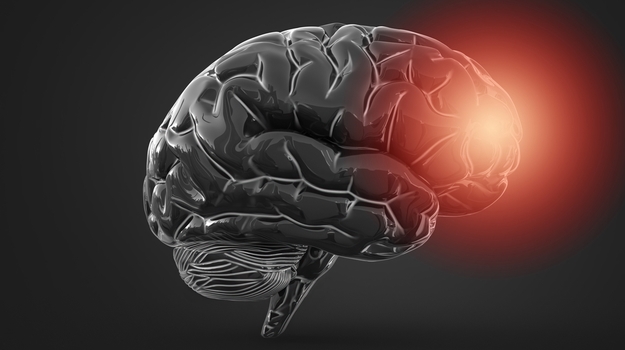 COVID-19 Causes Neurological Damage in About 1 in 7 Patients

Research out of NYU Langone Health/NYU School of Medicine found that about one in seven COVID-19 patients has potentially damaging neurological injuries. These injuries range from temporary confusion resulting from low body-oxygen levels to stroke and seizures in the more serious range. The data did not show signs of organ invasion by the SARS-CoV-2 virus; for example, cases of brain or nerve inflammation, such as meningitis or encephalitis. That seems reassuring, but the observed neurological damage needs to be taken seriously because it significantly increases a patient’s risk of dying while still in the hospital, by 38%, the researchers said. The research was published in the journal Neurology.

“The results of our study showed no signs that the coronavirus directly attacks the nervous system,” said Jennifer Frontera, the study’s lead investigator. “The neurological complications seen in COVID-19 are predominately the secondary effects of being severely ill and suffering from low oxygen levels in the body for prolonged periods of time.”

The study monitored 606 COVID-19 adult patients diagnosed with brain or other nerve-related conditions at four NYU Langone hospitals in New York City and Long Island between March 10 and May 20. In the hospitals, 4,491 patients tested positive for COVID-19 in that period. The findings showed that the common neurological problems, such as confusion caused by chemical electrolyte imbalances, severe infection or kidney failure, typically appeared within 48 hours of developing general COVID-19 symptoms, including fever, difficulty in breathing, and cough. Half of the patients with neurological symptoms were over the age of 81, which was significantly older than the other 3,885 patients with COVID-19 who did not experience neurological dysfunction. Of that group, the median age was 63.

Scientists with the University of Pennsylvania School of Medicine developed new antimicrobial molecules from toxic proteins isolated from wasp venom. They hope to develop them into new bacterial-killing drugs, particularly against antibiotic-resistant bacteria. They took a highly toxic small protein from a common Asian wasp species, Vespula lewisii, the Korean yellow-jacket wasp. They then altered it to enhance the protein’s ability to kill bacteria while decreasing its ability to damage human cells. In animal models, the new molecules protected mice from otherwise deadly bacterial infections. The original protein was mastoparan-L, which is not typically dangerous to humans in the doses delivered by wasp stings. However, it is very toxic and destroys red blood cells and stimulates allergic/inflammatory reactions in some people that can result in fatal allergic reactions.

Age and Its Link to COVID-19 Infection and Mortality

Investigators at Hokkaido University in Japan modeled available data from Japan, Spain and Italy to demonstrate that susceptibility to COVID-19 is independent of age—that is to say, getting the disease does not seem to depend on age. However, they also demonstrated that the severity and mortality of the disease does appear to be dependent upon age. The causes of mortality in the elderly appears to be related to two factors: how likely they are to be infected related to their age and how likely they will be affected by a severe form because of age. Their research was published in the journal Scientific Reports.

In Hamsters, Hydroxychloroquine Does not Inhibit SARS-CoV-2

Scientists at KU Leuven Rega Institute in Belgium conducted research on SARS-CoV-2, the virus that causes COVID-19. They found that the malaria drug hydroxychloroquine does not limit the virus’s replication in hamsters. However, a high dose of the anti-flu drug favipiravir had significant antiviral effects in the animals. They found that hydroxychloroquine had no impact on viral replication, with virus levels staying the same levels and the hamsters remaining infectious.

Investigators at Murdoch Childrens Research Institute identified two new mutations in the KIF1A gene that cause rare nerve disorders. These mutations caused “traffic jams” in neurons, which triggered a range of progressive brain disorders. KIF1A-Associated Neurological Disorders (KAND) affect about 300 children worldwide. They identified the mutations in a genetically undiagnosed girl with Rett syndrome, a severe neurodevelopmental disorder that mostly affects females and results in developmental delay, speech problems and loss of hand skills. They also found them in three others with severe neurodevelopmental disorders who showed few Rett syndrome-like features but carried defects in the KIF1A gene.

Researchers at the University of Heidelberg discovered a special receptor at neuronal junctions that under normal situations activates a protective genetic program that can lead to nerve cell death. As part of their experiments on mouse models, they discovered a new class of inhibitors that protect nerve cells. This opens up the potential for an entirely new approach to treating currently untreatable diseases of the nervous system. They published their research in Science.

The receptor is an ion channel protein that is activated by the neurotransmitter glutamate, which allows calcium to transport into the cell. This calcium signal launches plasticity processes in the synapse in addition to the cell nucleus, where it initiates a protective genetic program. Glutamate-activated NMDA receptors in the junctions of nerve cells are important in the brain to learning and memory processes and neuroprotection. But when those receptors are found outside of the synapses, they pose a threat because if they’re activated, they can lead to cell death.

“The evidence suggests that the toxic properties of extra-synaptic NMDA receptors play a central role in a number of neurodegenerative diseases,” said Hilmar Bading, who led the research. This applies in particular to Alzheimer’s disease and amyotrophic lateral sclerosis (ALS). “Understanding why extra-synaptic NMDA receptors lead to nerve cell death is the key to developing neuroprotective therapies.”