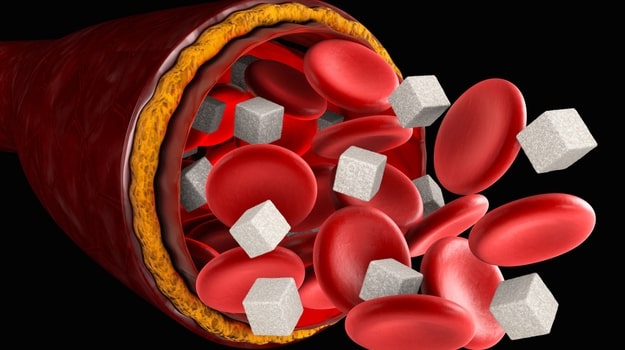 Researchers are finding new insights every day about diseases like diabetes that are well understood. For example, new science found another way the body regulates blood sugar levels than just insulin. For that and more research news, continue reading.

For about the last 100 years, it has been understood that insulin, produced in the pancreas, regulates blood sugar levels. And those diseases where that is an issue, primarily diabetes, can be treated with insulin. Now researchers at the Salk Institute have discovered another molecule that appears to potently and rapidly regulate blood sugar. The hormone is called FGF1 and is produced in fat tissue. They believe this could lead to new therapies for treating diabetes and potentially other forms of metabolic diseases. The study was published in Cell Metabolism.

When glucose and energy-rich fats enter the bloodstream, insulin under normal conditions transports the nutrients to muscle cells and fat tissue, where they are used right away or stored for later use. But in people who are insulin resistant, the glucose isn’t effectively removed from the blood. The higher lipolysis increased fatty acid levels. The extra fatty acids speed glucose production from the liver, which makes high glucose levels worse. The accumulation of fatty acids in organs also makes insulin resistance worse, which are signs of diabetes and obesity. The same laboratory had demonstrated that injecting a hormone called FGF1, which inhibits lipolysis, could significantly lower blood glucose in mice. Chronic treatment with FGF1 also improved insulin resistance. The researchers were investigating the mechanism of how this works. It was already understood that insulin suppresses lipolysis via PDE3B, an enzyme that stimulates a signaling pathway. So they hunted for enzymes to suppress lipolysis and found unexpectedly that FGF1 uses a different pathway than insulin, called PDE4.

“Finding a second hormone that suppresses lipolysis and lowers glucose is a scientific breakthrough,” says co-senior author and Professor Ronald Evans, holder of the March of Dimes Chair in Molecular and Developmental Biology. “We have identified a new player in regulating fat lipolysis that will help us understand how energy stores are managed in the body.”

Population studies have associated low levels of vitamin D to increased risk of many chronic diseases, such as cancer and cardiovascular disease, and potentially with premature death. However, researchers at the University of Eastern Finland conducted a study from 2012 to 2018 on 2,495 people (men 60 years or older and women 65 years or older). They were either given a placebo or received either 40 or 80 micrograms of vitamin D per day. Everyone involved was free of CV disease and cancer at the beginning. At the start and during the study, data was collected on lifestyle, nutrition, risk factors for and the incidence of disease. They were followed for five years. In those five years, 119 participants developed CV disease, 129 developed cancer and 19 died. There was no statistically significant difference between the groups receiving placebo and those receiving vitamin D in either CV disease or cancer. Vitamin D did prove to be safe.

Investigators with the University of Wisconsin-Madison found that the more flexible peptides are — short pieces of protein — that are used to treat Type 2 diabetes, the more effective they are. The research has implications for designing drugs for diabetes. The research also is counter to previous thinking that molecular signaling in the body requires a static molecule to trigger cellular receptors. Working with a peptide called GLP-1, which typically had a rigid helical shape, they worked with a peptide engineered to make a sudden kink near one end. It appeared to better activate its cellular target, promoting insulin release from the pancreas. They believe that in the body, GLP-1 is able to shift back and forth between the two forms, which maximizes its potency.

Prion diseases are very rare. They include Creutzfeld-Jakob Disease (CJD) and bovine spongiform encephalopathy (BSE) or so-called Mad cow disease. They are the result of the aggregation of prions, which are specific abnormal proteins. How prions cause disease isn’t well understood. Researchers at Scripps Research suggest that prion aggregates kill brain cells by damaging axons, the nerve fibers neurons use to send signals to each other. Protein aggregation in axons, as well as swelling and other indications of dysfunction, are also early aspects of Alzheimer’s and Parkinson’s diseases. The researchers analyzed mutant, disease-causing copies of prion-disease protein (PrP) as they formed aggregates in the axons of neurons, but not in the main cell bodies of the neurons. They found indications that neurons’ waste-disposal processes can handle aggregates when they are inside or close to their main cell bodies, but less so when the aggregates gather further away, within axons. They also identified a complex of proteins that steer PrP into axons and cause aggregation.

One Autoimmune Disease May Lead to Another

Researchers at the University of Colorado Anschutz Medical Campus, working with mice with antibody-induced rheumatoid arthritis, found that the mice went on to develop spinal lesions like those seen in axial spondyloarthritis (AxSpA). This led them to theorize that one type of autoimmune disease may lead to another, and how that might actually occur. They published their research in the journal Immune Network.

“Our results suggest that one autoimmune disease, such as inflammatory arthritis, may also lead to a secondary autoimmune disease such as AxSpA,” said Nirmal Banda, lead author and profession of rheumatology at the University of Colorado School of Medicine. “This interesting disease association may be due to the binding of anti-collagen autoantibodies to the spine, or some alteration of the immune system that requires further investigation.”