BROOKLYN, N.Y., Nov. 16, 2019 /PRNewswire/ -- Heart disease is the leading cause of death for the roughly 500 million people worldwide with chronic kidney disease (CKD). Yet such patients have been excluded from most of the major, relevant cardiovascular clinical trials that are meant to guide treatment approaches for them. 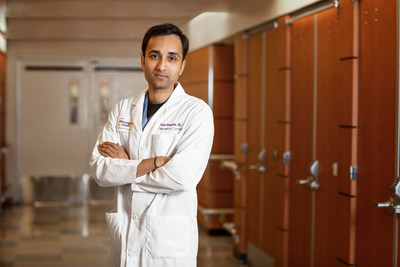 Today, an international, federally funded study reported on comparing the value of two treatment strategies specifically for patients with advanced chronic kidney disease that also had significant, but stable disease in their coronary arteries.

Presented November 16th at the American Heart Association's Scientific Sessions 2019, the study found that patients with CKD that underwent routine, invasive procedures – like stent implants or bypass surgery – when compared with patients that received only the lifestyle advice and medications (e.g. aspirin, statins), saw no reduction in risk for two disease-related outcomes: death and heart attack. In contrast, rates of certain outcomes such as stroke was increased in the invasive procedure group, although strokes immediately following the procedure were rare.

Called ISCHEMIA-CKD (International Study of Comparative Health Effectiveness with Medical and Invasive Approaches - Chronic Kidney Disease), the study also found that for patients with symptoms of angina – the chest pain caused by restricted blood flow to heart muscle – invasive treatments did not result in better, long-term symptom relief and quality of life than among those that received only "optimal medical therapy" (OMT), the term for medications and lifestyle advice.

Both patient groups in the study received OMT, with one group undergoing invasive procedures soon after having an abnormal stress test, and the other treated invasively only if symptoms worsened despite intensive drug therapy, or in the case of an emergency (heart attack). Several forms of stress test included in the study, by making the heart work harder, determined the degree of blood flow restriction (ischemia) in patients' heart (coronary) arteries.

"Physicians and patients need to consider that in our study invasive treatments did not lead to reduction in death or heart attack in patients with CKD," says ISCHEMIA-CKD principal investigator Sripal Bangalore, MD, professor of medicine, at NYU Langone Health, and director of cardiac catheterization laboratory (H+H/Bellevue). "Risks for damage to both the heart and kidneys from invasive procedures are higher in these patients, which makes other options, like intensive medication therapy, more attractive, except in cases of emergencies."

Led by researchers at NYU Grossman School of Medicine with data and statistics managed by Duke Clinical Research Institute, the study randomly assigned 777 patients in 30 countries to receive one of the two treatment strategies, making it the largest study in history for patients with chronic disease in their kidneys – the organs charged with filtering the blood to remove toxins. The quality of life component was led by researchers at Saint Luke's Mid America Heart Institute and Duke.

For the study, "invasive" treatment meant routine catheterization, a procedure that slips a tube-like catheter into an artery in the groin or arm, and threads it through blood vessels to the heart. This was followed by revascularization when suitable – in most cases involving delivery of a balloon through the catheter to open a vessel (angioplasty), followed by the placement of a stent. In other cases, improved blood flow was accomplished by cardiac bypass surgery, where another artery or a vein is used to go around (bypass) the area of blockage.

Measures were in place to reduce procedure-related heart and kidney damage, including proper hydration and careful limits on contrast agents used to create images of heart blockages. Despite these precautions, no long-term benefit was observed in patients who had an invasive procedure soon after a stress test, versus only optimal medical therapy.

Specifically, ISCHEMIA-CKD found that the invasive strategy of catheterization, followed by revascularization, was associated with higher risk of stroke, although strokes immediately or soon after the procedure were rare, suggesting that they were caused by the advanced disease of the patients, versus risk from the procedures, say the investigators. Of the patients enrolled in the trial, one in four died within 3 years.

Investigators also measured whether either treatment strategy reduced symptoms of angina – the chest pain caused by restricted blood flow to heart muscle. The patients enrolled in ISCHEMIA-CKD were minimally symptomatic, with nearly half of them having no angina. The investigators say it is well known that patients with advanced CKD are less likely to report symptoms of angina because their nerves -- damaged often by diabetes and higher levels of waste products in their blood – do not register chest pain as well. The study found no substantial benefit at reducing angina or improving quality of life in patients treated with the invasive strategy. Further, researchers say, the study may not apply to patients who are very symptomatic or who come into the hospital with a heart attack.

Patients with abnormal stress tests often undergo an angiogram and revascularization, with a stent implant or bypass surgery. These procedures are termed invasive because they are complex, with risks of their own that include procedure-related death, heart attack, or stroke, or progression to long-term dialysis, say the investigators.

"Increasing trends in obesity and diabetes have increased the prevalence of CKD significantly throughout the world," says ISCHEMIA studies chair Judith Hochman, MD, the Harold Snyder Family Professor of Medicine and Senior Associate Dean for Clinical Sciences, at NYU Langone Health. "Our findings provide guidance on how to best treat this vulnerable patient population."

Moving forward, the study team plans to follow the study patients for another five years, to determine whether either strategy is associated with better survival over this longer observation period.

The study was approved by the NYU Grossman School of Medicine institutional review board on January 15, 2014 with participants required to provide written consent prior to enrollment. ISCHEMIA-CKD will be presented at the session titled LBS.02 – Late breaking Science II: Results for the Ischemia Trials: To Intervene or Not to Intervene – on Saturday, November 16, 2019. The session will run from 2:00 PM - 3:15 PM in Main Event I at the AHA Scientific Sessions 2019, Pennsylvania Convention Center Grand Hall, Philadelphia, PA.