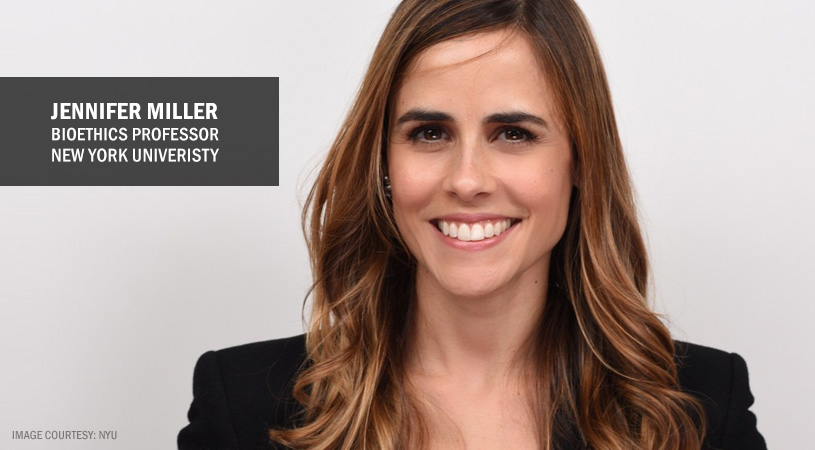 It’s time for pharmaceutical companies to start trusting someone on transparency and maybe Bioethics International is as good a place as any to start.

Bioethics International is set to release the second iteration of its Good Pharma Scorecard that ranks life science companies on clinical trials transparency. Biotech and pharma companies should brace themselves for more bad news even though some companies already got early looks at the results. The negative news is something companies should be used to by now and it is time to get past it.

A few weeks ago, representatives of several pharma companies met with New York University assistant bioethics professor Jennifer Miller to see how they did on her organization’s Good Pharma Scorecard ahead of publication. How’s that for transparency?

The Good Pharma Scorecard is a ranking that attempts to show how effective pharma companies are at communicating results of their clinical trials. Miller plans to release the second version of the scorecard soon and is now giving companies a chance to review the results to make sure her team didn’t miss anything. Seems fair, doesn’t it? Even transparent.

Miller, in a Forbes interview with contributor Arlene Weintraub, promises that if she and her team of researchers from Harvard and Yale missed anything, they won’t change a ranking for a pharma company.

That admission tells you that their data isn’t perfect yet. But if a study missed something crucial, shouldn’t that fact change a ranking? Wouldn’t that missing information invalidate a company’s scorecard? “We give them all their data ahead of time. We’re going to ask them to come back in 30 to 45 days with their feedback. They can’t change their [rankings], but they can tell us if they think we missed something,” Miller told Weintraub.

Despite the scorecard’s incompleteness, the idea behind the Good Pharma Scorecard is indeed a good one—to protect public health. “The issue is whether all the information that’s learned from clinical trials is made publicly available. Or is there distortion in the reporting? The worry is that the positive results are publicly disseminated, and the negative results are harder to find,” Miller told Weintraub.

Some pharma companies had problems with Miller’s previous pilot study, especially after they performed poorly. The initial study found that only 20 percent of trial results were posted on ClinicalTrials.gov, a registry site of clinical trials that is run by the National Institute of Health. About half of all drugs reviewed by the FDA in 2012 had at least one phase II or III study that was not published, according to the scorecard. Posting clinical trial results is not required by law.

A number of other industry observers have been critical of the pharma’s lack of clinical trial transparency, which was supposed to be fixed by Clinicaltrials.gov when it released its clinical trials results database in 2008. But that registry is incomplete and not easy to use for anyone, especially the general public. The folks at Alltrials.net have also been making a run at this seemingly intractable problem.

Miller points out in the Forbes interview that some pharma companies are making strides. “Both GlaxoSmithKline and Johnson & Johnson have made internal commitments to clinical trial transparency. They’ve set up clear chains of responsibility so they can operationalize the commitment,” Miller told Weintraub.

Miller noted the pharma sector’s sagging reputation. “People think the pharmaceutical industry may be more concerned with profits than people—70 percent of the U.S. population thinks that’s indeed what happens. Only 10 percent think they are trustworthy and ethical. The industry is losing its social license to operate,” Miller said in the Forbes interview.

So the Good Pharma Scorecard is designed in part, according to Miller, to help fix pharma’s bad reputation. “I would like to see the industry using this scorecard as their auditing and benchmarking system going forward. We want to help the industry reclaim its trustworthiness,” Miller said.

Was that the group’s goal in the beginning, to help pharma companies become more trustworthy? Maybe. If restoring pharma’s reputation is indeed one of the group’s current goals, then maybe the pharma industry should get behind Miller’s efforts in a big way.

BioEthics International hopefully can get the data right in its scorecard now that has the money to refine its data each year. The group recently received a $3.6 million grant from the Laura and John Arnold Foundation that will allow their research to expand to all new FDA-approved drugs, as well as devices.

It would be great if all stakeholders can figure out how to proceed in the most transparent way possible. With Bioethics International’s new funding and some buy-in from pharma, this clinical trials transparency effort has a chance of succeeding. It is one way pharma can restore its trustworthiness with the public and politicians and start to rebuild its reputation—something that will be much needed as the bigger battle over drug pricing shows no signs of going away.