FASTER Act for Sesame Labeling Unanimously Passes in the Senate 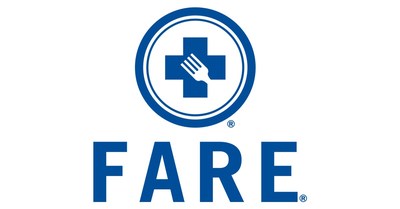 "On behalf of the nearly 1.6 million Americans who are allergic to sesame and live with the fear they could unknowingly consume this dangerous allergen, I thank Senator Scott and Senator Murphy for bringing this critical piece of bipartisan legislation forward and the entire Senate for their overwhelming support," said Lisa Gable, chief executive officer of FARE. "We now look forward to the House of Representatives passing the FASTER Act and sending it on to the President for his signature and enacting it into law."

The FASTER Act would require that sesame be labeled as an allergen on packaged foods. Sesame would become the ninth food allergen for which the U.S. Food and Drug Administration (FDA) requires plain-language labeling. Sesame is often used when a label reads "natural flavors" or "natural spices," adding another layer of difficulty when consumers review product labels at their local grocery store.

The bill would also require the Secretary of Health and Human Services (HHS) to issue a report on scientific opportunities in food allergy research that examines prevention, treatment, and new cures. In addition, the legislation establishes a risk-based scientific process and framework for establishing additional allergens covered by the Federal Food, Drug, and Cosmetic Act.

"With more than 32 million Americans living with food allergies, it's important for us to take targeted steps to address the growing challenges posed by food allergies and to protect those who are vulnerable," said Senator Scott. "Nationwide, caring for children with food allergies costs an average of $25 billion annually and can pose extreme hardships on low- and middle-income families. I'm glad that this bipartisan legislation passed the Senate and hope that we can continue to make progress for Americans affected by this issue."

FARE will continue meeting virtually with members of the House of Representatives to gain support for the FASTER Act and will mobilize advocates to ask that they sign on as cosponsors. The legislation will be front and center when FARE hosts its second annual advocacy event, Courage at Congress 2021: Advocate for a Cure, taking place virtually from March 8-10.

For more information on the importance of the FASTER Act, please visit foodallergy.org/faster.

About FARE
FARE (Food Allergy Research & Education) is the world's leading non-governmental organization engaged in food allergy advocacy and the largest private funder of food allergy research. Our mission is to improve the quality of life and the health of individuals with food allergies, and to provide them hope through the promise of new treatments. FARE is transforming the future of food allergy through innovative initiatives that will lead to increased awareness, new and improved treatments and prevention strategies, effective policies and legislation and novel approaches to managing the disease. To learn more about FARE, visit our Living Teal™ YouTube channel, or www.foodallergy.org.