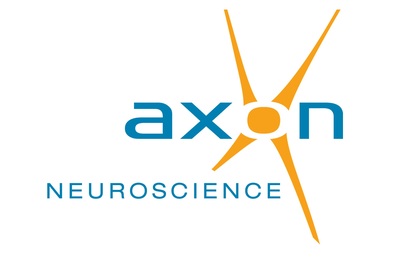 The Phase II clinical trial ADAMANT was designed as a 24-month randomised, placebo-controlled, parallel group, double-blinded, multi-centre trial to assess the safety and efficacy of AADvac1 in patients with mild Alzheimer's Disease.

The primary objective was safety, with secondary objectives of evaluating immunogenicity, efficacy on clinical outcomes, and key biomarkers of neurodegeneration. Axon recruited 196 patients in eight European countries. 163 patients completed the trial, resulting in a low drop-out rate of 14.5% in the treated arm and 20.3% in the placebo arm.

AADvac1 exhibited a disease-modifying effect by significantly reducing the neurodegenerative process by 58% in comparison to the placebo arm (p value=0.004) as measured by Neurofilament Light Chain ("NfL") in the blood. NfL released in the blood and cerebrospinal fluid ("CSF") is a dynamic biomarker that reflects the extent of ongoing neurodegeneration in patients with Alzheimer's Disease and other neurological disorders.

The most pronounced effects of the vaccine on clinical outcomes were observed among younger patients. In patients with young onset of Alzheimer's Disease, AADvac1 reduced the clinical decline measured by CDR-SB by 42% in comparison to the placebo arm (p value=0.062), MMSE (reduced by 31%) and ADCS-MCI-ADL (reduced by 26%).

Among the subgroup of younger onset patients, the cognitive and functional effect was consistent with a significantly reduced rate of neuronal NfL accumulation in the blood by 73% in comparison to the placebo arm (p value=0.033), which represents double the effect observed in the study population as a whole. Furthermore, MRI brain atrophy was considerably reduced in all individual brain areas associated with Alzheimer's Disease. The most substantial decrease of brain volume loss was observed in the cerebral cortex, by 47% vs. the placebo arm (p value=0.021). This combination of clinical and biomarker outcomes demonstrates the disease-modifying effect of the AADvac1 therapy.

The ADAMANT Phase II trial successfully met its primary endpoint, with AADvac1 proven to be safe and well-tolerated. Further, the robust quantity and exceptional affinity of induced antibodies in more than 80% of patients confirmed the outstanding tau antibody response of AADvac1.

The therapeutic effect of the vaccine was further supported by a decrease in CSF biomarkers (total tau and phosphotau–T181 and phosphotau–T217), which reflected a reduction of tau pathology in the treated patients.

In addition to the other biomarkers, AADvac1 clearly reduced brain white matter degeneration as measured by Diffusion Tensor Imaging ("DTI"). This observation indicates the inhibitory effect of AADvac1-induced antibodies on pathological tau spreading and confirms the mechanism of action of the serum antibodies.

Michal Fresser, CEO of Axon Neuroscience, who presented the results, said: "Despite the very challenging times we are facing globally, we must not forget that Alzheimer's Disease is also a looming global pandemic. Every four seconds, there is a new dementia case in the world. With the proof of the disease-modifying potential of AADvac1 in our hands, we shall jointly focus and rapidly bring the treatment to the 35 million people who suffer from Alzheimer's worldwide."

Clinical Dementia Rating – Sum of Boxes, Mini Mental State Examination and Activities of Daily Living are widely accepted clinical outcome measures to asses cognitive and functional decline in Alzheimer's Disease, while Magnetic Resonance Imaging and Diffusion Tensor Imaging are modalities that track the level of brain atrophy and damage, which are tightly associated with the progression of the disease.

Over the last two decades, Axon has published a large body of evidence that tau pathology is the main driver of Alzheimer's Disease. Axon has developed the vaccine AADvac1, which can halt the progression of tau pathology and thus relieve the symptoms in sufferers, as well as prevent the onset in potential victims. Currently, it is the most clinically-advanced tau therapy in development for treating and preventing Alzheimer's Disease.

The vaccine shows several unique therapeutic features. It differs from other tau-based research by targeting both the formation of pathological tau proteins and the spread of those tau species already formed. AADvac1-induced antibodies discriminate between normal and pathological tau, ensuring only the latter are targeted. In this way, Axon's treatment is more effective and safer.

Axon Neuroscience is an industry leading, clinical stage biotech company at the forefront of treating and preventing Alzheimer's Disease. The company was founded in 1999 and now has the single biggest team in the world dedicated exclusively to tau research in relation to treating Alzheimer's Disease, with over 60 scientists and 15 senior scientific leaders.