Rapid Aging in Rhesus Macaques after Hurricane could Translate to Humans 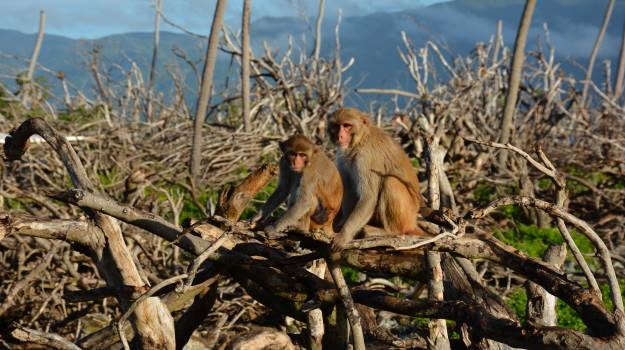 A recent study from the Proceedings of the National Academy of Sciences has concluded that a hurricane caused advanced immunological aging in monkeys, opening the door for similar hypotheses regarding humans.

Hurricane Maria was a Category 4 storm that ravaged Puerto Rico in 2017. It became the "third costliest hurricane in United States history,” according to the National Hurricane Center.

On Cayo Santiago, a 38-acre island southeast of Puerto Rico, the tropical storm devastated a unique group of local residents: the rhesus macaques.

“There’s a research station on Cayo Santiago that’s been around since 1938, and the animals have been under constant behavioral observation since the founding,” said Marina Watowich, the study’s lead author, in an interview with BioSpace. Watowich is a research scientist at Arizona State University and a graduate student at the University of Washington.

The Caribbean Primate Research Center initially homed 450 rhesus macaques on the island, prompting a long-term study of the animals. As they are originally sourced from India, the monkeys are provisioned daily with food and water. Due to this, the researchers were able to remove the variable of nutritional stress from their study.

“After the hurricane, there was massive damage to the vegetation and research infrastructure,” Watowich recounted. “Because of this really unique research project and set up of the island, the animals were provisioned because they’re not from the Caribbean originally. We noted no difference in body conditions after.”

The team of scientists, led by Noah Snyder-Mackler, had collected minimally invasive blood samples as well as meticulous demographic data in years prior to the hurricane. Because of this, they recognized a unique opportunity to study the effects of Hurricane Maria’s devastation on the free-ranging macaques.

“We were able to sample 435 macaques before the hurricane, and 108 after, with an even mix of males and females. Some were really old, older than 12. In terms of who we could sample, there was some randomness there. We got a really nice spread of males and females, and a spread of ages. That’s pretty representative of the animals that are on the island,” Watowich said.

The research team was able to compare their data sets, investigating patterns of gene expression. They concluded that the tropical storm’s effect caused biological aging of approximately two additional years in the macaques, which is the equivalent of seven to eight years of a human lifespan.

Considering the biological similarities between rhesus macaques and humans, the research could suggest that people could suffer parallel effects from natural disasters. “This is why we’re so interested in using rhesus macaques as a model,” Watowich offered. “This is a species that is used in biological science because they’re so related in the scale of evolutionary time. They have comparable immune cells, biology, and physiology. We also see very similar age-related changes. For example, as they get older, they get gray hair, experience frailty, and receive those same breakdowns that occur in the body with humans.”

Another reason that macaques are used as a biological model for humans is due to their shorter lifespans. “Because there are multiple monkey lifetimes within a single human lifetime, an individual can study multiple animals throughout their career,” Snyder-Mackler said. “They have similar neurobiology and many behavioral similarities. This makes it easy for the work to translate to humans.”

Fascinatingly, the researchers detected no differences in sex in the monkeys’ response to the hurricane. “In terms of the RNA sequencing or gene expression, males and females weren’t responding differently to the hurricane. Human studies about deaths after major natural disasters, such as hurricanes, floods, or tsunamis, show that women suffer greater mental health deficits after these events. We did not see that at the level of gene expression in our study,” Watowich said. 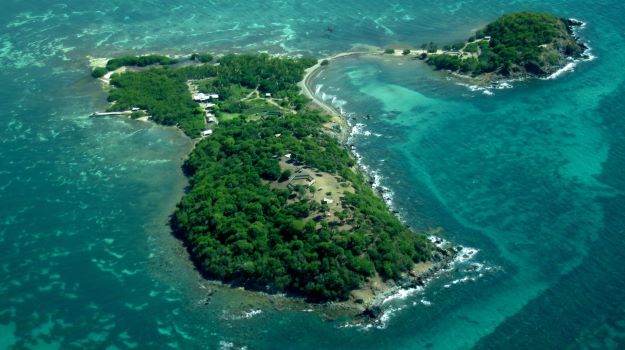 As can be seen in the photos of Cayo Santiago before and after Hurricane Maria, the storm significantly decreased the level of foliage on the island. This had an interesting effect on the monkeys’ social groups. 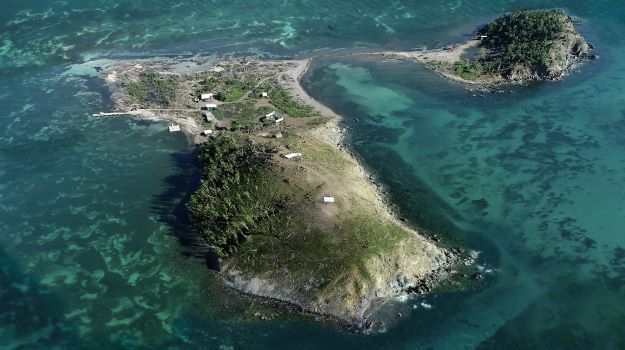 “Our group previously showed that changes to macaque’s landscape altered their social relationships. Instead of investing more in their closest partners in the face of adversity, they expanded the size of their social networks. We believe these new pairings provided the animals with access to spaces shaded from the intense Caribbean sun which are now few and far between,” Lauren Brent, a co-author of the study and associate professor at the University of Exeter, told Biospace.

While some macaques were perceived to be coping well after the storm, others struggled. Snyder-Mackler's team published adjacent research led by Camille Testard. The research addressed the storm's effect on the monkeys' social connections.

"We compared social networks of two groups of macaques before and after the hurricane and found an increase in affiliative social connections, driven largely by monkeys most socially isolated before Hurricane Maria. Further analysis revealed monkeys invested in building new relationships rather than strengthening existing ones. Social adaptations to environmental instability might predispose rhesus macaques to success in rapidly changing anthropogenic environments,"  the study stated.

Similar to humans, macaques are social beings who fare better when they have a sense of community.  “Social support is very impactful in macaques and humans in the diseases we develop,” Watowich informed. “A key here is possibly that animals who had more support and more social status were faring better, and that those with less social support were more impacted.”

Synder-Mackler shared that the animals “do better when they're in their social groups, with strong relationships and are connected and integrated, not isolated.” This effect is nonbinary, however. “There’s this spectrum from isolation up through integration,” he continued. “We see that individuals who are more integrated are doing better overall across a number of species, which includes health and survival, broadly speaking. Especially during the times of COVID, we can all relate. When we have interaction, we feel that our lives are much more predictable. We think that the more resilient animals were also those who were able to sure up their social networks before or after the storm, and that protected them.”

Based on their findings, the scientists agreed that an event like the COVID-19 pandemic could have similar effects on people. “We as humans are social organisms. Being in scenarios with a lot of unpredictability and isolation could have long-term effects, aging our bodies and immune systems. It could be that if we don't find ways to help, it could increase diseases related to aging that we will see cropping up in the coming years. Both COVID-19 and the hurricane can be viewed as drawn-out stressors,” Snyder-Mackler said.

Will this increased aging timeline in the macaques continue at an accelerated rate, or is it possible to slow it down? The researchers are addressing this question next in a study funded by The National Institute on Aging. “Even during the pandemic, we’re trying to understand if this is a permanent shift, or if it’s reversible," he said. The project’s abstract states that the “study will provide unprecedented insights into fundamental questions about how natural disasters and extreme weather events affect the aging process, both acutely and across the lifespan, in the most human-relevant animal model of health, disease and aging - the rhesus macaque.”

“We couldn't have done the study without our team,” Watowich said. “We send a huge thank you to the people at the Caribbean Primate Research Center, who suffered their own devastation from the hurricane but still went over the next day to check on the animals. The town of Punta Santiago where our research was based was hit directly. They did a tremendous job of caring for the animals in the immediate aftermath, even when they had their own effects to consider. They’re incredible.”