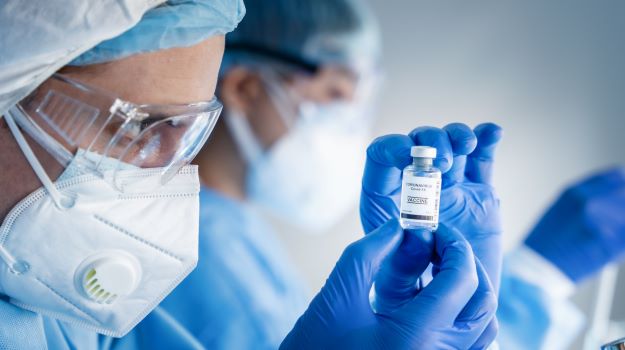 Currently authorized vaccines against COVID-19 were designed to act against the wild-type Wuhan strain of the SARS-CoV-2 virus that causes the disease. In recent months, three specific mutations, called variants, have arisen out of the UK, Brazil, and South Africa that are generally more contagious than the wild-type. In the case of the UK strain, it also appears to be deadlier.

To date, the existing vaccines appear to be effective against the strains but not as efficient as they are against the wild-type strain, and in particular, least effective against the South African variant. Other variants have emerged, including ones originating in New York and California, that have also caught epidemiologists and public health experts' attention.

Vaccine makers are working to create boosters or modify their existing vaccines to better respond to the variants.

Recently, Anthony Fauci, director of the National Institute of Allergy and Infectious Diseases (NIAID), told FOX that the mutations were a challenge in the race to get people vaccinated. Calling it a "wild card", but until there was conclusive evidence that boosters were needed, getting as many people vaccinated as soon as possible was the best course of action.

When asked about comparing the current COVID-19 vaccines to the annual influenza vaccines, Fauci said it was hard to compare them because the COVID-19 vaccines' efficacy "is substantially greater than even the best of the influenza."

Flu vaccines tend to be between 40% and 60% effective, varying from year to year. In comparison, the Pfizer and Moderna vaccines have real-world efficacy of about 90% and clinical trial efficacy of about 95%. It is also as yet undetermined—there is just no data—on how long the vaccines will remain effective. To date, both the Pfizer and Moderna vaccines have demonstrated about 90% efficacy six months after the shot.

Fauci says it's just too early to be able to make any legitimate claims yet. "We don't know the answer to that for the simple reason that we don't know what the durability of the protection against the standard virus is. The most recent reports said at least six months, but it might be much longer or it could be years for all we know."

Yet, he also thinks vaccinated individuals may need booster vaccines eventually. Still, no one knows yet what the period between original vaccines and boosters will be or if they will ever be necessary. In that respect, NIAID and vaccine makers are preparing for the worst.

"We're going to be stockpiling enough vaccines to be able to give boosters to people," Fauci said. "We're also doing some clinical trials to see if you boost, what happens to the level of total antibodies, what happens to the level of antibodies against the variant, so we're anticipating the need to be able to adjust to these variants that might arise, and we're doing the clinical trials as well as purchasing more vaccine in case we do have to boost people."

Pfizer-BioNTech, for example, has developed a possible plan for people who completed the regular two-dose treatment to get a third 30-microgram dose six to 12 months later. Moderna's plan is similar, calling for a 50-microgram dose.

They are also working on boosters that respond to specific variants, which is a relatively straightforward thing to do with Pfizer-BioNTech and Moderna's mRNA vaccines. Moderna has developed a vaccine against the South African variant, which is now ready to be tested in the clinic and has shipped doses to the National Institutes of Health (NIH) to begin.

Johnson & Johnson is also working on a particular version of its one-shot vaccine that targets the spike protein of the South African variant. Modifying the J&J vaccine would take a bit longer than it does for mRNA vaccines.

Another strategy is a multivalent booster, which blends two versions of the vaccines into a single booster shot. One would target the original wild-type, while the second would be designed for new variants. Moderna is planning to combine its original vaccine, mRNA-1273, with the latest version against the South African variant.

Another strategy is, instead of boosters, modify the existing vaccines to work better against variants or essentially scrap the original designs for more targeted versions. Moderna indicates it is still exploring these options.

Which strategy gains traction will likely depend upon how the pandemic and vaccine rollout plays out. The fewer cases of COVID-19 infections in general, the less likely new variants will develop, so the current priority is on getting shots into as many arms as fast as possible.

The feeling is that people who have antibodies against the virus from the vaccines or who recovered from COVID-19 would probably only need a booster shot. In contrast, people who haven't had either would likely receive "an updated vaccine that aims to provide immunity to both the ancestral strains and variants of concern," Moderna told investors yesterday.

There is also the possibility that people would receive a vaccine targeted for the variants detected in their country or region.

The J&J vaccine is 66% effective at preventing moderate to severe cases of COVID-19, a reflection that its clinical trials were conducted in several countries, including South Africa and Brazil, where new variants have emerged. All three of the major U.S. vaccines, Pfizer-BioNTech, Moderna and J&J, indicate their vaccines are effective against the latest strains, particularly in preventing hospitalizations and deaths. The concern, of course, is those future mutations may be even more resistant.

"While we have not seen any evidence that the circulating variants result in a loss of protection provided by our vaccine, we are taking multiple steps to act decisively and be ready in case a strain becomes resistant to the protection afforded by the vaccine," stated Albert Bourla, Pfizer's chairman and chief executive officer.